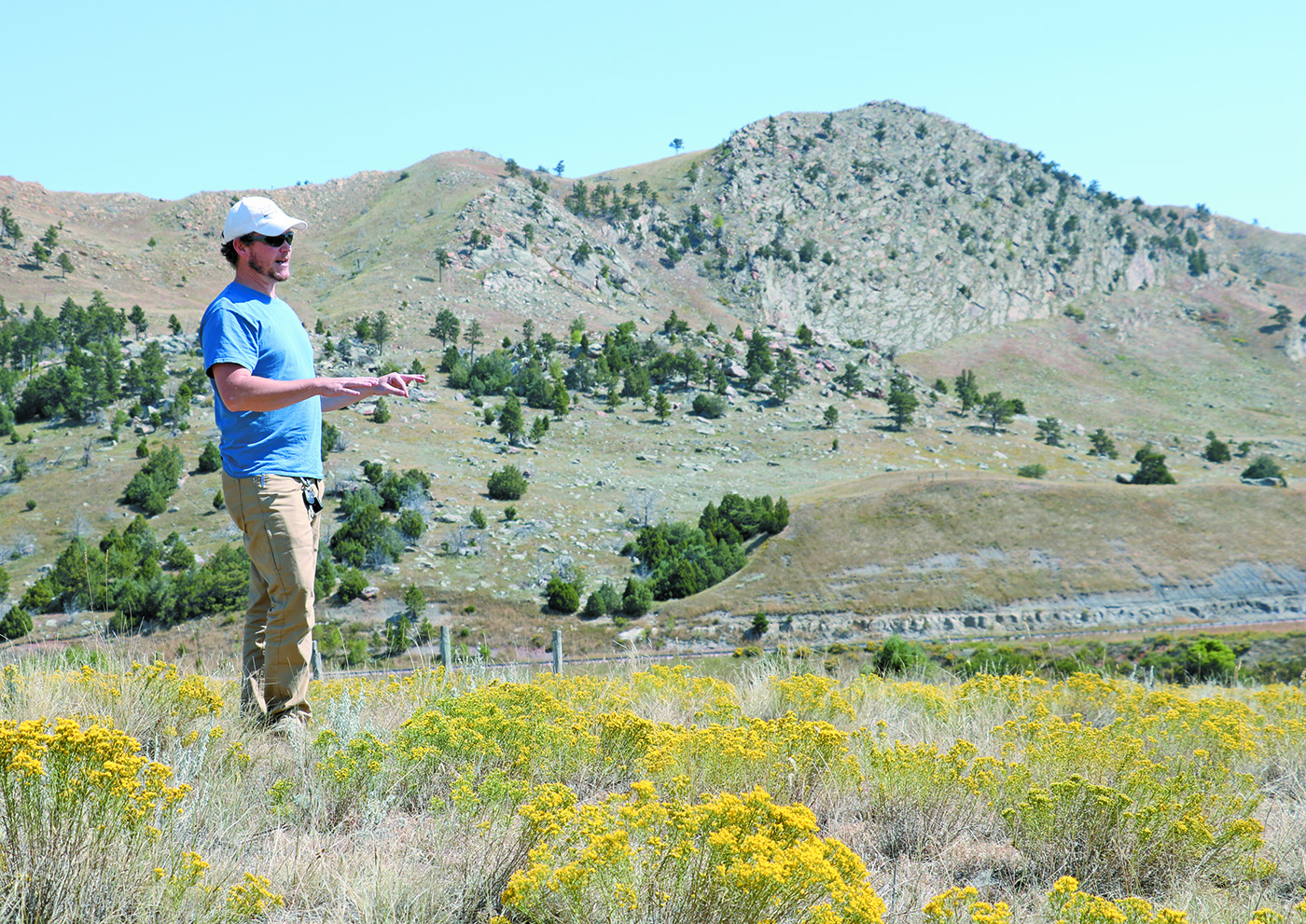 Named for 17th century conservation pioneers Nathaniel and Mary Whitney, the preserve is said to be the cornerstone of The Nature Conservancy’s Cheyenne River Canyons project and includes more than two miles of Cascade Creek just below its source, Cascade Springs. The Nature Conservancy (TNC) itself was founded in 1951, is headquartered in Arlington, Virg., and has a mission to “conserve the lands and waters on which all life depends.”

The Whitney Preserve was established in 1998 through a small land acquisition near the “ghost town” of Cascade along Hwy. 71. Since that time, the preserve’s size has grown through additional small land acquisitions, as well as other various conservation easements, and according to TNC materials, it now helps to protect around 17,000 acres in and around the preserve.

Western South Dakota Land Manager with the The Nature Conservancy, Ryan Wermager of Hot Springs, who has managed The Whitney Preserve for the past two years, says it’s one of his goals to educate the surrounding public about what the preserve has to offer with the hope of more people enjoying its amenities, which includes a public nature trail, a multi-purpose building known as Bev’s Bunkhouse, and also hunting opportunities with the state Game, Fish & Park’s Controlled Hunting Access Program (CHAPs), as well as an additional section of land set aside for elk hunting access.

The Open House scheduled for this Friday will take place from 11 a.m. to 9 p.m. in what was formerly known as Brainerd Indian School, which is now where Bev’s Bunkhouse is located. The bunkhouse itself is named for the late Bev Paulson, who along with her husband Lloyd, supplied the funding to purchase the 160-acre Brainerd Indian School in 2002 for inclusion in the Whitney Preserve. The bunkhouse was designed to provide meeting space for partners, classroom space for school groups, and lodging for researchers, work crews, volunteers and staff.

While the preserve’s wildlife is one of its main draws – including an abundance of diverse bird species along with deer, elk, bighorn sheep, mountain lion and Townsend’s big-eared bats – another of the Whitney Preserve’s claim to fame is being home to four rare plant species: southern maidenhair-fern, stream orchid, tulip gentian and beaked spikerush.

For more information about the upcoming Open House, call Wermager at 605-745-6990 or check the Field Trips and Events page at www.nature.org/southdakota.

With the preserve’s “Devil’s Slide” visible in the background, Ryan Wermager with the Whitney Preserve speaks last week about how The Nature Conservancy works with area ranchers by leasing their land to them for managed grazing practices on the preserve.