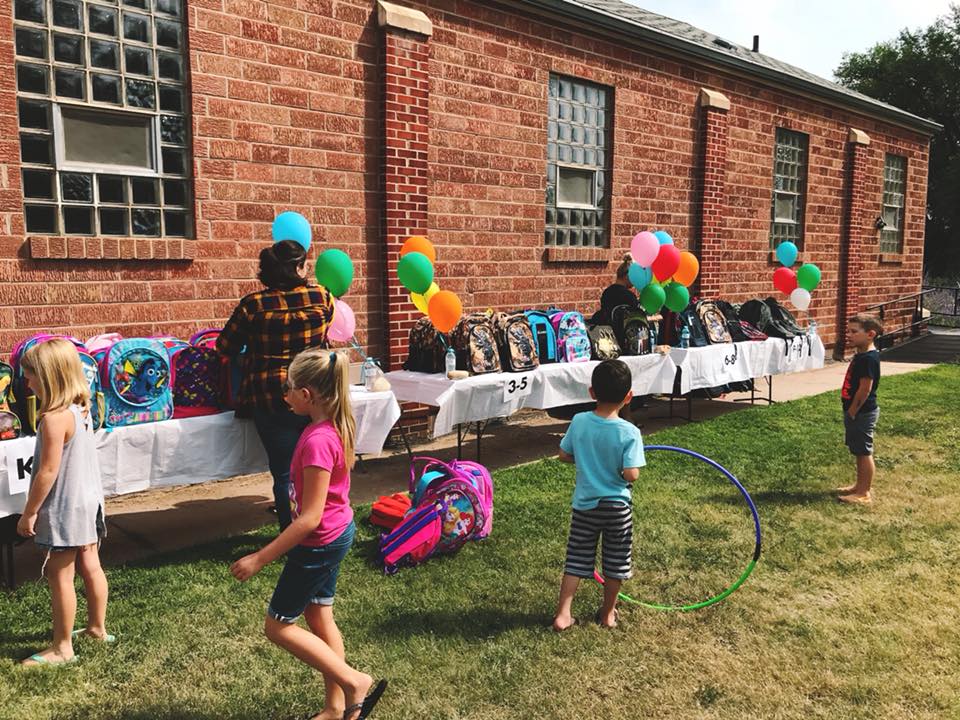 EDGEMONT - For the second year in a row, Bethel Assembly in Edgemont organized and hosted their community action event called “Back 2 School Fest” on Saturday, Aug. 18. While Bethel Edgemont is a church campus amongst a much larger organization, this community event is specific to Edgemont’s campus and has been organized and led by Bethel Church Campus Pastor Rhea Falig.

The Back 2 School Fest provides backpacks stuffed full of school supplies for any students in Edgemont. These bags are brand new and are collected throughout the month of August by generous donations from the church’s volunteers. The backpacks are filled with grade-appropriate required supplies for each students new school year. Some items in the backpacks spread out across several age groups include some of the following materials: folders, glue, kleenex, disinfectant wipes, pencils, colored pencils, expo markers, colored pens, scissors, notebooks, erasers, protractors, rulers, pens, compasses and ruler paper.

In addition to the donated backpacks, about 15 of this year’s bags were bought by Bethel Church from a company called Purnaa. According to Falig, “Purnaa is a business in Kathmandu, Nepal that hires 80 percent of their people out of exploitation and human trafficking. For every backpack purchased Bethel Church donates one to Back To School Fest.”

Falig said she was inspired to start Back 2 School Fest after seeing a need in the community and “wanted to bless the community in a small way”. What Falig couldn’t have known was that her community blessing would turn out to be a much larger outpouring of love and support than first anticipated and it perhaps shed light that the community’s need was bigger than expected.

In 2017, the first year of the event, the Back 2 School Fest had a 60 percent turnout rate for students. This number, according to Falig, means that 60 percent of Edgemont’s students turned up for the event and the opportunity to take home a backpack full of age appropriate school supplies. After the success of last year’s event, Falig knew she wanted this year to be even bigger in turnout and in pomp and circumstance. 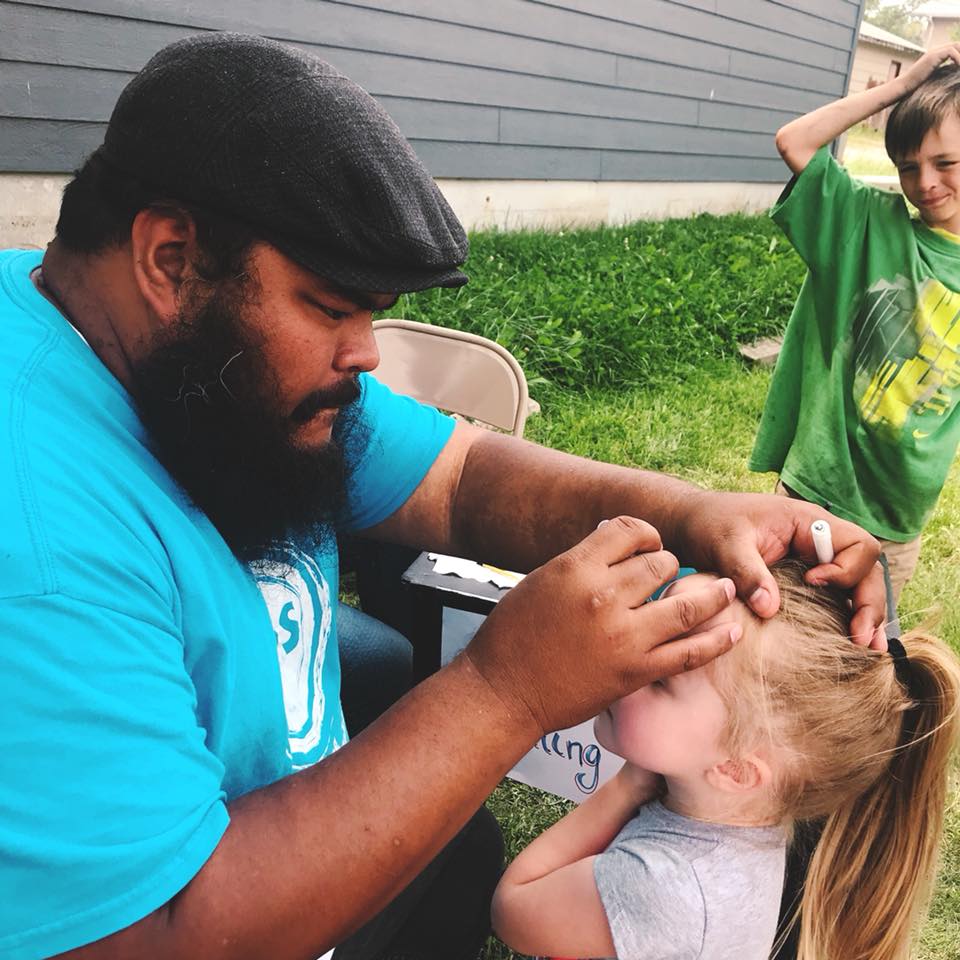 For the 2018 2nd Annual Back 2 School Fest, Falig and other volunteers arranged to provide a free hot dog BBQ complete with chips, drinks and cotton candy. In addition to the free food, the event also offers vision and hearing screenings free of charge to all school age children. These screenings were made possible by the Hot Springs Health Department for performing the screenings free of charge and donating their time to the event as well. To make the day even better for the kids and families, Falig wanted to make sure it was a place full of fun and community. To ensure the enjoyment of the community there was also a bouncy house, petting zoo and free face painting. Additionally, emergency personnel from the fire, ambulance and police departments were present to get to know the community and let the kids explore their rigs.

In response to this year’s event and the turnout, Falig had this summary: ”Our 2nd Annual Back 2 School Fest was a huge success this year. We had over 150 people attend, with over 60 students receiving free backpacks and school supplies. The Fall River County Health nurse provided free vision and hearing screenings, height and weight c

hecks for every student and said this was the first time she had been invited to a community event like that and was so excited to help and already looking forward to next year.” Falig continued to rave about the generosity of the community by saying, “We had a Fall River sheriff’s deputy present, the Edgemont Ambulance and the Fire Department that allowed kids a chance to sit in the vehicles, ring the sirens, and even get free fire hats. Some of our teacher volunteers were touched to see students who needed backpacks receive this blessing.”

And if your family isn’t in need of a backpack full of supplies but wants to partake in the community bonding, Falig noted that several families who didn’t need backpacks came to experience a fun community event.

Bethel Church Pastor Rhea Falig re-iterated Bethel’s mission and plan for the Back 2 School Fest in years to come by reflecting, “We look forward to doing this event for our community every year. Next year we plan on doing it the first week in August. We look forward to having everyone attend. Our heart at Bethel is to experience God, love people, and share life. Reaching out to our community will always be our priority. If you don’t have a church home we are the perfect church for imperfect people. That’s all of us. Join us every Sunday at 10 a.m.”

Josiah Falig, the 6th grade homeschooled son of Eric and Rhea Falig, enjoys playing with a rabbit at the free petting zoo. Eva Nyquist was one of the petting zoo volunteers at the event this past Saturday.

Backpacks lined up for students to take. The backpacks were age-appropriate designs and featured fun characters and prints for the younger classes with more neutral and solid colors for upperclassmen.