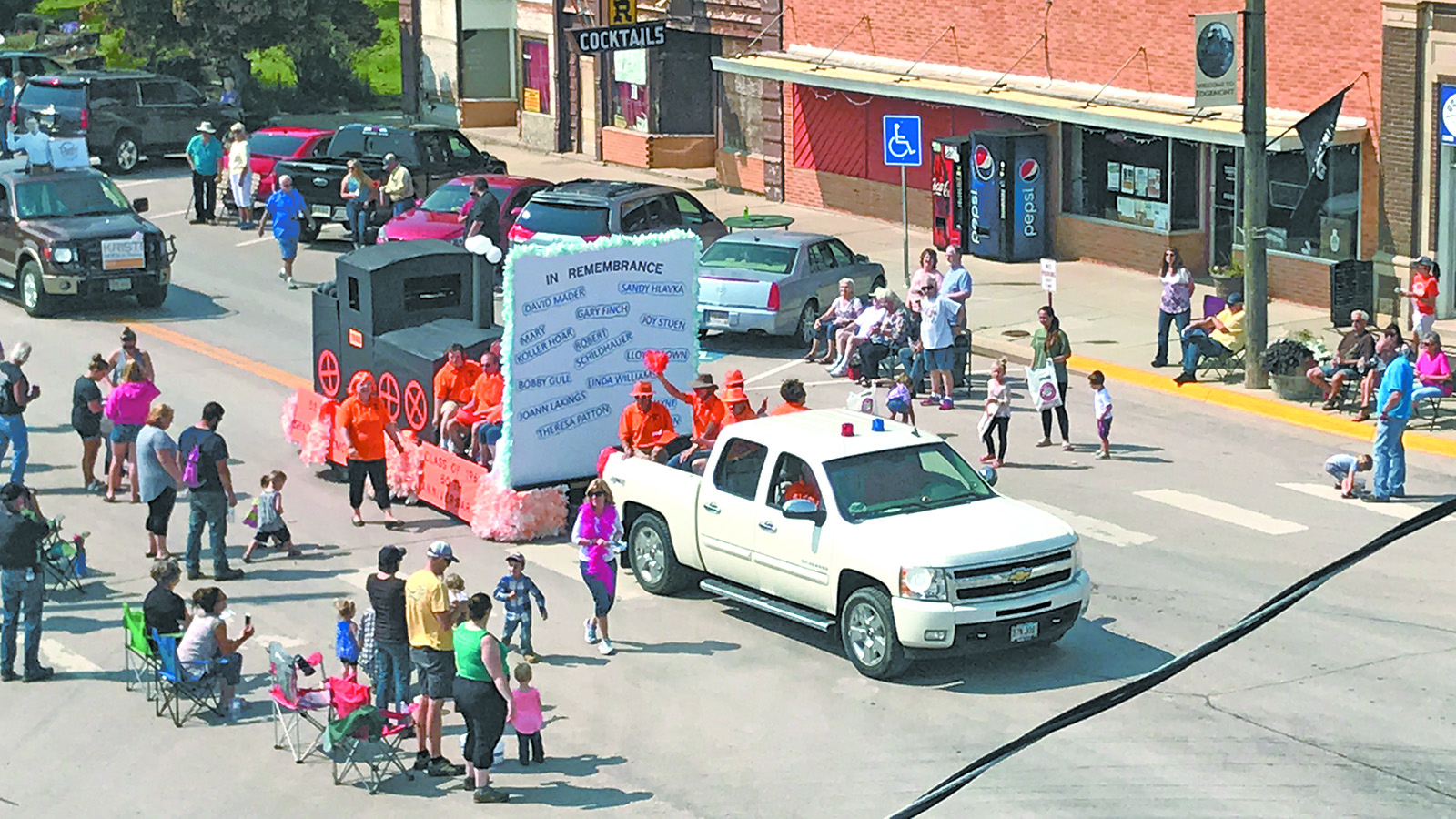 EDGEMONT -- During the past year, plans were made for this recent milestone gathering of Edgemont High School’s Class of 1968 from July 31 through August 4, according to class coordinator Doug Porter. Newsletters were sent out monthly beginning last October 2017; plans for a social & dinner and decor were decided, a float concept for the Fair Parade was developed and materials gathered, and a post-parade social was organized.

Prior to the Friday evening social, dinner and program, attendees were welcomed to join together for a ride on the 1880 Train, view the evening Lighting Ceremony at Mt. Rushmore, attend Fall River County Fair activities, and take a tour of their alma mater Edgemont High School. Also, there was a Poker Walk encouraging everyone to visit their choice of 11 local businesses.

“Of the 54 seniors in the Class of 1968,” Porter said, “a total 131 students were found that had been in the class at some point in time from 1st grade to 12th grade, and teachers were identified. Everyone was invited including classmates from prior & after the Class of 1968 plus other Edgemont friends, as it seems most everyone knew/knows people in Edgemont and the Edgemont School District!”

Gathering for the pre-activities, dinner, and/or post-parade social at the St. James Parish Center included the following classmates:

In addition, helping during the week & dinner were many EHS staff members, seven EHS student assistants, 13 Edgemont businesses and nine Parish Hall staff. The dinner program included recognition of all classmates & teachers throughout the years, including those who were known to be deceased, and a tribute to all military services. The program movies, golden oldies music, collected pictures (over 400), a parade movie, and a ShutterFly book will be available in the next few months.

“Thanks to Brett Jarman for use of the ‘cherry picker’ so we could film the parade and our impromptu ‘flash dance!’”

“The organizers would like to thank everyone that helped in any capacity. It was a celebration to be remembered,” Porter added. “And, the Class of 1968 hopes to be back again for more dancing in the street some day!”

Several members of the Edgemont High School Class of 1968 ride together on their class float during the Fall River County Fair Parade on Saturday, Aug. 4.