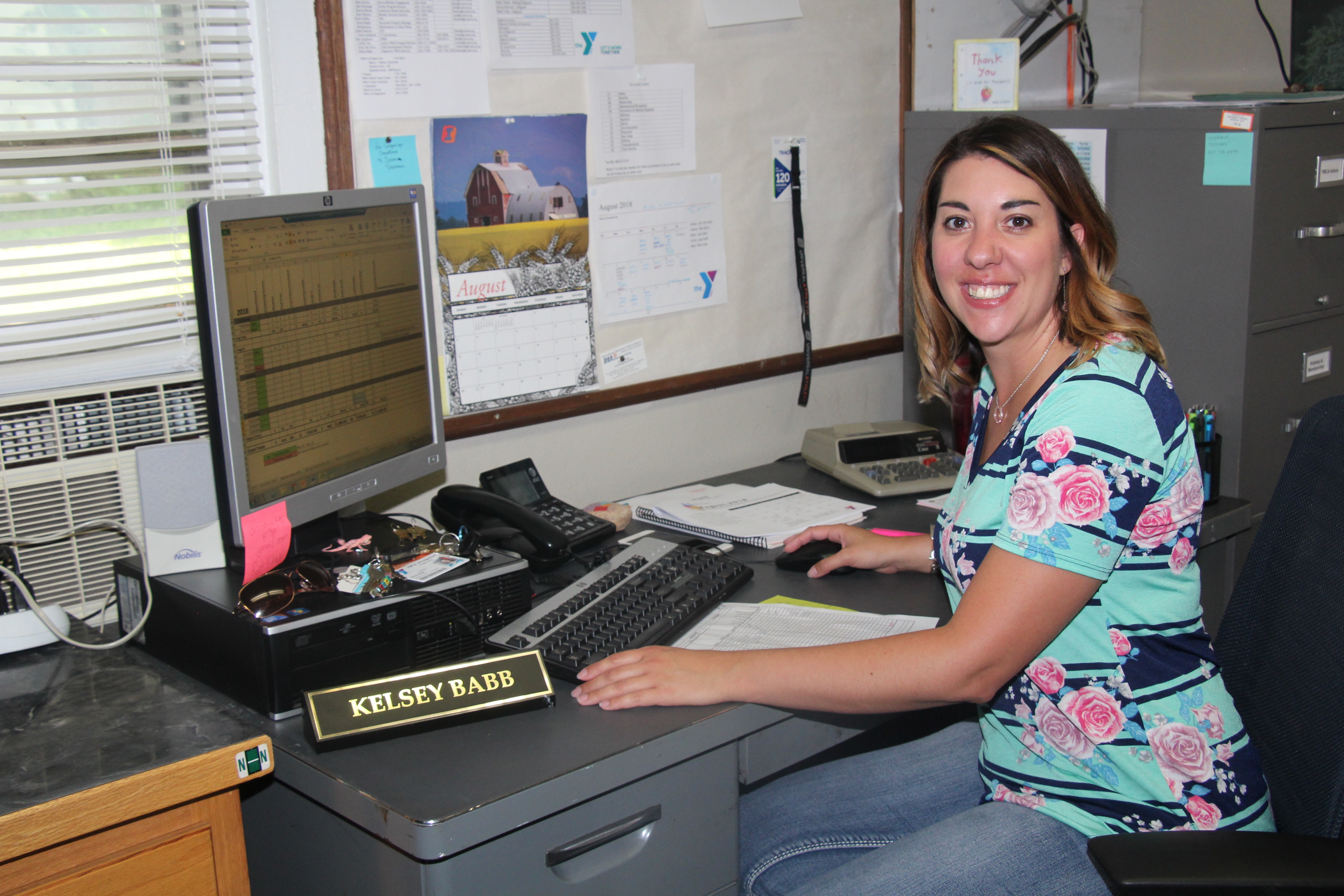 EDGEMONT - When many people hear that Edgemont has a fully functioning YMCA, the news is often met with a look of skepticism. That expression of doubt is the same response new YMCA Director Kelsey Babb received from family when she told them she was moving from Gillette, Wyo. to Edgemont for the new position with the YMCA.

“Edgemont has a Y?” she said a family member responded, while pointing out that Edgemont’s population is barely big enough for an organization of that popularity.

Not only does Edgemont have a YMCA, but this YMCA chapter is very involved in the lives of Edgemont’s families and young children and serves a pivotal role in the daily activities of the town’s youth. With the new school year fast approaching on the horizon, Babb is busy preparing a very full and detailed lesson plan for the students. The lesson plans Babb compiles must conform to state STEM requirements which encompass Science, Tech, Engineering and Math, with activity and reading or homework time worked into those plans.

In addition to the tedious task of preparing lesson plans, Babb is busy making the office space her own and preparing the space for the energetic and smiling kids that will join her in a few short weeks. Babb brings her love of music along with her and is excited to incorporate her talents and musical knowledge into the safe and fun learning environment the Y provides to kids.

Babb, 32, graduated high school in Broadus, Mont., before embarking on three years of post-secondary school at Black Hills State University. She had pursued a degree in Music Education with a minor in Mass Communication. Prior to beginning her work with the YMCA on July 16, Babb worked for five years with the Campbell County High School in Gillette, Wyo., as an accompanist of the high school choir, the music assistant and the high school cheerleading coach.

During her time at Campbell County, Babb hosted an annual Summer Music Camp where she taught piano lessons. She also held a six-week summer cheer camp for those that wanted to work on their dance and cheer skills.

“My experience with those camps were really positive, I had lots of girls that came back every year,” Babb recalls of her time hosting camps.

This prior experience creates the perfect opportunity for Babb to dive head first into her new role as Edgemont YMCA Director and provides her the skills and knowledge necessary to create a full and rewarding experience for the YMCA kids.

“My hope is to also be the YMCA Cheer and Dance coach and to incorporate music into the YMCA lesson plans,” says Babb of her musical experience.

Alongside her plans to incorporate more music, Babb is also eager to get out into the community and form lasting connections with the residents and families she will be serving.

“It is my hope in this new position that I can spread the word about the YMCA and help membership grow,” Babb says of her intentions. In a response to future YMCA expansion she stated, “With more membership comes more opportunity.”

Currently, you can find Babb either working away on plans in her office or down at the YMCA pool helping the lifeguarding staff to maintain and run this summer hang out for kids. The staff just finished wrapping up the last round of July swimming lessons and is preparing for a huge community pool party to culminate the end of summer and to mark the beginning of a new school year. The pool will remain open until mid August, tentatively August 15 being the last day of regular swim. The YMCA will host a Community Pool Party from 4 p.m. to 6 p.m. on August 15 with a $4 BBQ meal and free swim for all attendees.

When the school year kicks off for the year, the YMCA will be providing Kidstop after school on Monday through Thursday from 3:45 p.m. to 5:30 p.m. and on Fridays from 8:00 a.m. to 4:00 p.m. The Kidstop time provides a “safe and fun learning environment” for students and kids after school and before parents’ work days conclude. With the new season right around the corner, there are also lots of extra curricular activities on the horizon.

Important activities and dates to note are as follows:

• Cheerleading season is November and December (look for registration in October)

• Dance is in February and March (look for registration in January)

• Age groups for the YMCA sports include boys and girls U6 (ages 4-6) and boys and girls U10 (10 and under) with the cost for each activity $25 for YMCA Members and $35 for non-members, both boys and girls participate in the activities together and do not have separate leagues.

If you are eager to meet and get to know the new YMCA Director Kelsey Babb, look for her at the Edgemont School Open House on Tuesday, August 21 from 4:30 p.m. to 6:30 p.m. In the meantime, here are a few fun facts about Babb. Her favorite color is pink and if you catch her eating any cake, you can be sure it is double chocolate cake with chocolate frosting and a side of, chocolate! She enjoys singing and dancing and can play the piano, flute, trumpet and drums. She is a dog lover but currently doesn’t have any and although she loves dolphins, she isn’t able to have one in Edgemont. Her favorite movie genre is a tie between romantic comedies and action and if she could choose a super power it would be to teleport anywhere in the world at the snap of her fingers!

Babb is looking forward to getting to know the people and families that make up the community of Edgemont and is eager to start the new school season. In the future, Babb also hopes to offer private piano and vocal lessons to youth and adults once she settles into her new role and gets into the daily swing of things. And although Babb has some big and beloved shoes to fill as the YMCA Director, her humble attitude and eager heart seem to make her a good fit for the position.