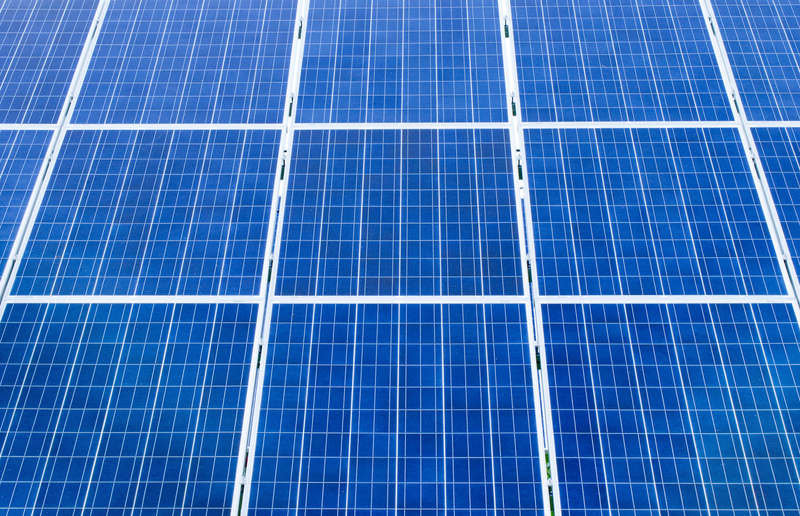 HOT SPRINGS – A utility-scale solar project, which was given the go-ahead last November by the Fall River County Commissioners when they approved vacating portions of a pair of intersecting section lines in Minnekahta Valley, is currently on hold as the new owners of the project work on determining its next steps.

Last month, the Fall River County Commissioners were informed by a “Hand over Notice” from 174 Power Global – the original company that started the project – that they had sold their interest in what is known as the “SD Sun Solar Projects” to Black Hills Energy.

Representatives of 174 Power Global Corporation, a subsidiary of the Korean-based Fortune Global 500 Hanwa Group, had told commissioners last fall that they were planning to begin construction of the project in April 2018 on 700 acres along Hwy. 18 between Hot Springs and Edgemont, with hopes of its possible completion by September 2018.

In the “Hand over Notice” letter to county commissioners, Ed Maddox, the Director of Project Development for 174 Power Global Corporation, said his company had been continuing development activities to move the project forward since the commissioners approved their request last November, but changes in the solar market had created delays.

“As you may know,” Maddox stated, “the end of last year presented some uncertainty associated with U.S. solar market as the new administration considered imposition of import tariffs on photovoltaic modules. During discussions to reconcile the timing for the SD Sun projects, and a number of Black Hills Power-related development activities, BHP and 174PG entered into discussions whereby, BHP ultimately elected to acquire and take over the final development, construction and ownership of the SD Sun projects.”

Stephanie Dowling, the Senior Manager of Community Affairs with the Black Hills Corporation, confirmed that Black Hills Energy had recently purchased the development rights to the SD Solar Project in Fall River County.

“We have been exploring renewable opportunities, including solar, for our customers in South Dakota for some time and are currently analyzing next steps on development of this opportunity,” Dowling said in an emailed statement to the Fall River County Herald. “Once that is determined, our intent is to find a solution that is cost effective for our customers and meets our company’s strategic goals of determining how renewables fit into our future resource plans.”

Dowling was unable to comment further on the project at this time, but added that Black Hills Energy’s intention is to still develop the Fall River County land for solar energy and currently determining next steps for this project.

While under the development of 174 Power Global, the “SD Sun Solar Project” was expected to bring significant investment into South Dakota, including more than $40 million invested into design, development, equipment and construction. The potential impact on the job market, according to 174 Power Global in their presentation to the Fall River County Commissioners in November 2017, was to have been felt most notably in the construction phase, which could potentially involve 50 jobs, with about five permanent jobs afterwards to take care of the day-to-day operation of the site. 174 Power Global representatives added however that not all of those operational jobs would necessarily be local.