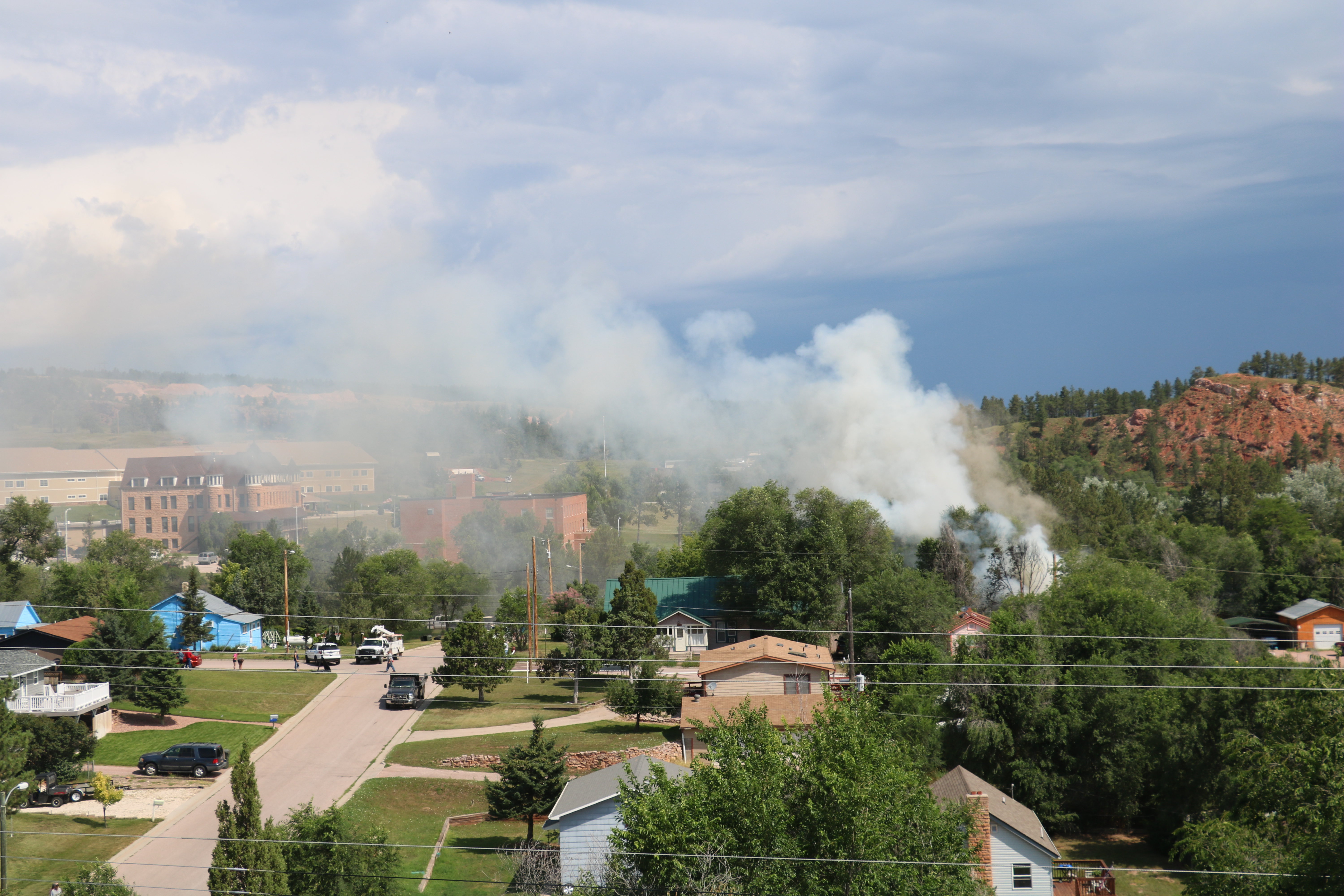 HOT SPRINGS – Fire crews were called to 2336 Wilson Avenue in Hot Springs last Thursday, July 26, at 10:29 a.m., for a house fire which ultimately burned the entire home of longtime residents Jose Trinidad and his wife Hilda Armstrong, who were both home when the fire broke out.

According to incident commander Jim Stevens of the Hot Springs Volunteer Fire Department, he was actually working on a plumbing job next door to the home when the call went out. By the time other volunteer fire department personnel and equipment arrived on the scene, the entire front of the building was engulfed.

Stevens said the cause of the fire was electrical and started in an interior wall of the kitchen. By the time the fire was put out, about 90 percent of the one-level home was destroyed, along with one of the neighbor’s vehicles. He said the home was surrounded closely by trees, with a few of them also burning up and several others scorched.

Fire crews from the Hot Springs VAMC also assisted through mutual aid. A total of 14 members of the two departments worked on the fire until about 4:30 p.m that day.

This was the second house to be destroyed by fire in Hot Springs in span of 12 days.

Fall River County Emergency Manager Frank Maynard helped arrange assistance through the Red Cross for the Trinidad family. He added in situations such as these, the Black Hills Area Red Cross plays a vital role in providing emergency shelter and personal items for victims through the issuance of cash cards, which allow families to stay in local motel rooms until more permanent lodging is available.

Smoke rises from a neighborhood on Wilson Avenue in Hot Springs and drifts to the west towards the State Veterans Home last Thursday, July 26. The home was owned by Jose Trinidad and his wife Hilda Armstrong and was completely destroyed by fire. The cause was determined to be electrical.