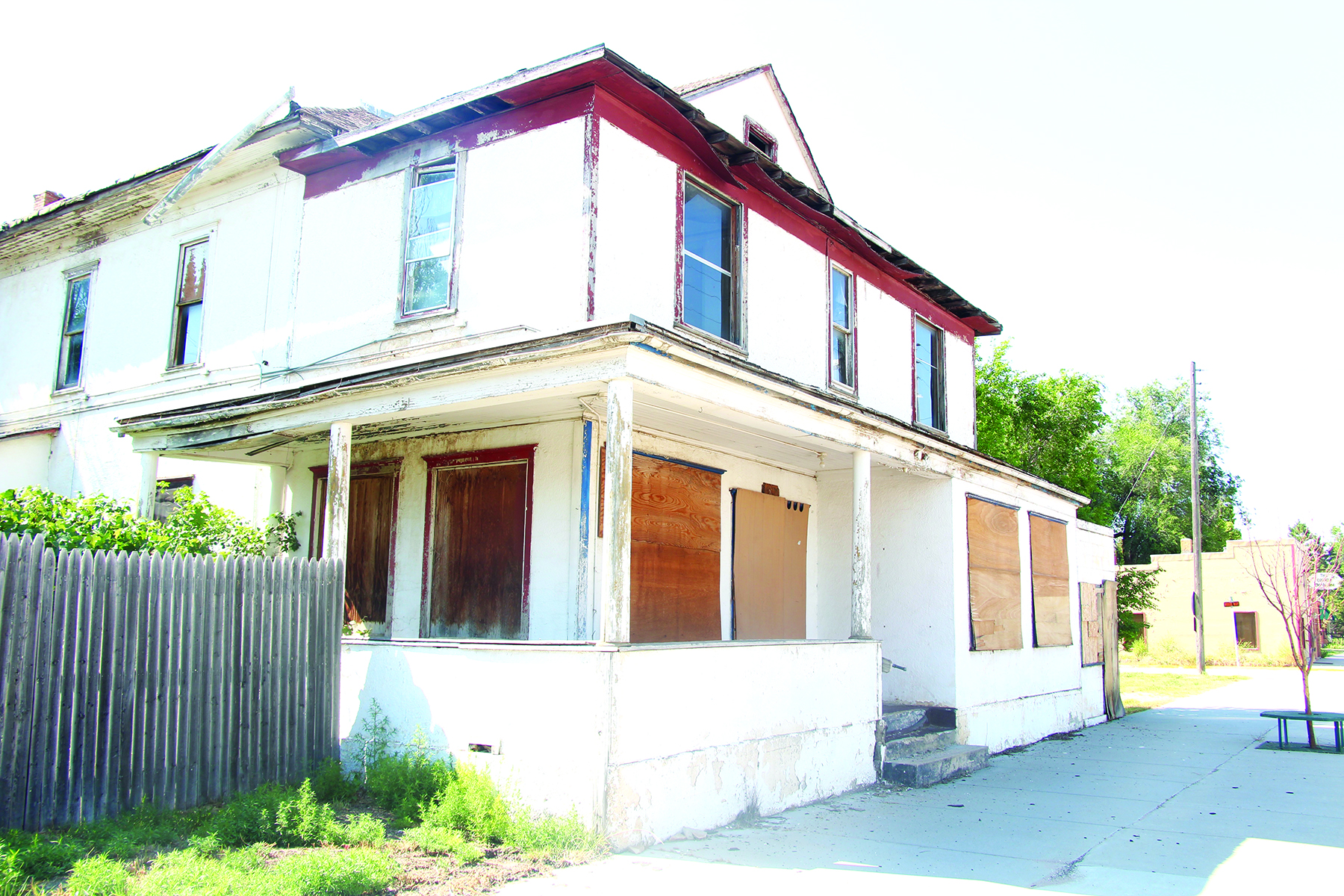 EDGEMONT - The city council meeting held last week on Tuesday, July 17, had a full agenda for the evening. The items on the agenda brought forth public comment and presentations from community residents, AE2S Operations Manager Dustin Dale and SHEDCO director Andrea Powers.

Based on the council and audience’s reaction, perhaps the most exciting and well-received presentation of the evening was from SHEDCO director Andrea Powers who presented information to the city council regarding a new project recently released by the South Dakota Governor’s Office of Economic Development (GOED). This new project is called the Bulldoze, Build and Beautify (BBB) Activity under the Community Development Block Grant (CDBG).

According to Powers and the GOED, this special “activity” has had $1 million in funds set aside from the FY 2017 GDBG that will be awarded to eligible communities. The main purpose of this grant is to help communities address properties that are a blight to the community, and even those that pose a safety risk.

According to an explanation provided by Powers and backed up by an official document outlining the BBB Activity provided by the GOED, the state pays for 50 percent of total project cost to include inspection and remediation (if applicable), demolition/burning, landfill, disposal, site fill and prep. This explanation addresses concerns brought forward by resident George Eberle, who openly questioned the “BBB grant’s” commitment to fulfilling the project whole-heartedly, including the necessary work that is required by law, including demolition permits and site work.

The major caveat to the BBB Grant is that the properties MUST be owned by a county, city or local non-profit organization and the title must be clear of prior liens. The state has allowed a condition around non-ownership, stating that “the county, city or local non-profit must have an enforceable contract giving it the option to purchase the property within 18 months of the grant award,” according to state documents.

Powers emphasized to the council that there have been no communities West River the have applied for the grant as of Tuesday, July 17, and that Edgemont would have a great chance at being awarded funds from the state funded project. Addressing a question about residential ownership, Powers replied that in order for a property to be considered, it would need to be owned by the community or a non-profit organization but that a residential property owner could sign over a property out-right to the city for further demolition and development.

Councilwoman Sandra Woodward, who has been working alongside Powers in a quest to find the city money to address dilapidated properties, asked Powers what the requirements were for a rebuild timeline. Powers cited the official guidelines for the BBB Activity that states the following requirements for site work and replacement housing:

• Blighted structure must be demolished and removed completely from the lot.

• Lot must be restored to a build-ready state, including necessary utilities to include water, sewer, electric and gas where applicable, to at least the property line.

• Foundation and basement concrete must be removed and filled, unless it has been certified by an engineer for reuse within three months for a replacement property on the site.

• Site work and demolition/removal must be completed within 18 months of award date.

• Residential dwellings only; may be single or multi-family.

• No cost limits, but must either show it will be affordable based on the general wage level for the community’s workforce or priced to meet a specific need identified by a business in the community. (e.g., housing for key employee)

• Award recipient must commit to replace the demolished unit within two years of demolition and removal (three years for Class 3 municipality); failure to do so may result in obligation to repay CDBG funding.

The deadline for any interested cities to apply for this funding opportunity has until August 18 to file their appropriate paperwork for Phase one of the grant. Following an invitation from the state, the city will then submit their official application to begin Phase two. Phase two of the project includes application acceptance on an ongoing basis, beginning August 28, 2018

The first application, which consisted of a mere two pages, was given to the council by Powers, who encouraged and urged the city to apply while funding was still available.

Furthermore, in an ongoing issue with the city’s water levels and water plant, Operations Manager for AE2S, Dustin Dale, was present to answer any questions from the community or council in regards to the plans for a second well. As explained in previous meetings, the city is currently operating on only one water well, down from four operating wells prior to the new water tower project.

Upon criticism from resident George Eberle, questioning the need for another well, Mayor Jerry Dibble and city finance officer Karen Cain both reminded those in attendance that not only has the city gone from four wells to one, but that the city absolutely has to have a back up well in the event of the first well failing.

According to Dale, he is waiting on another bid for the well project and upon agreeing on a price, accepting a bid, and beginning the project, the construction for a second well should only take about five weeks. This whole process, being overseen by Dale, is of course dependent on the approval and appropriate motions from the city council.

Earlier in the conversation, councilwoman Barb Strozewski had questioned Dale, “I don’t understand what’s taking so long Dustin?” To which Dale replied, “You’re $200,000 short.” Strozewski raised the question as to how that much money wasn’t accounted for in the original project financing to which Dale replied, “Our original plan was to rehab well number one and well number four, but upon further inspection the contractors flat out refused to touch the wells due to their unforeseen and unusable condition.”

After further discussion from the council and a suggestion by Dale to apply for a Rural Development Grant, the council made a motion to allow Dale to put in a request for money to complete the project. If all goes according to plan, Edgemont will be able to enter into the winter months with a second operating well.

Pictured is a building on Edgemont’s Main Street, next to the Fall River County Herald office. This building has been the topic of several conversations when blighted and dilapidated properties in Edgemont are being discussed. The building, a former hotel, is nearly half a city block long and poses a significant risk to the entire city block if it were to ever catch on fire. According to City Finance officer Karen Cain, the city would like to condemn the property, which is owned by a private party, but needs a contingent plan put in place based on laws surrounding condemning a property.