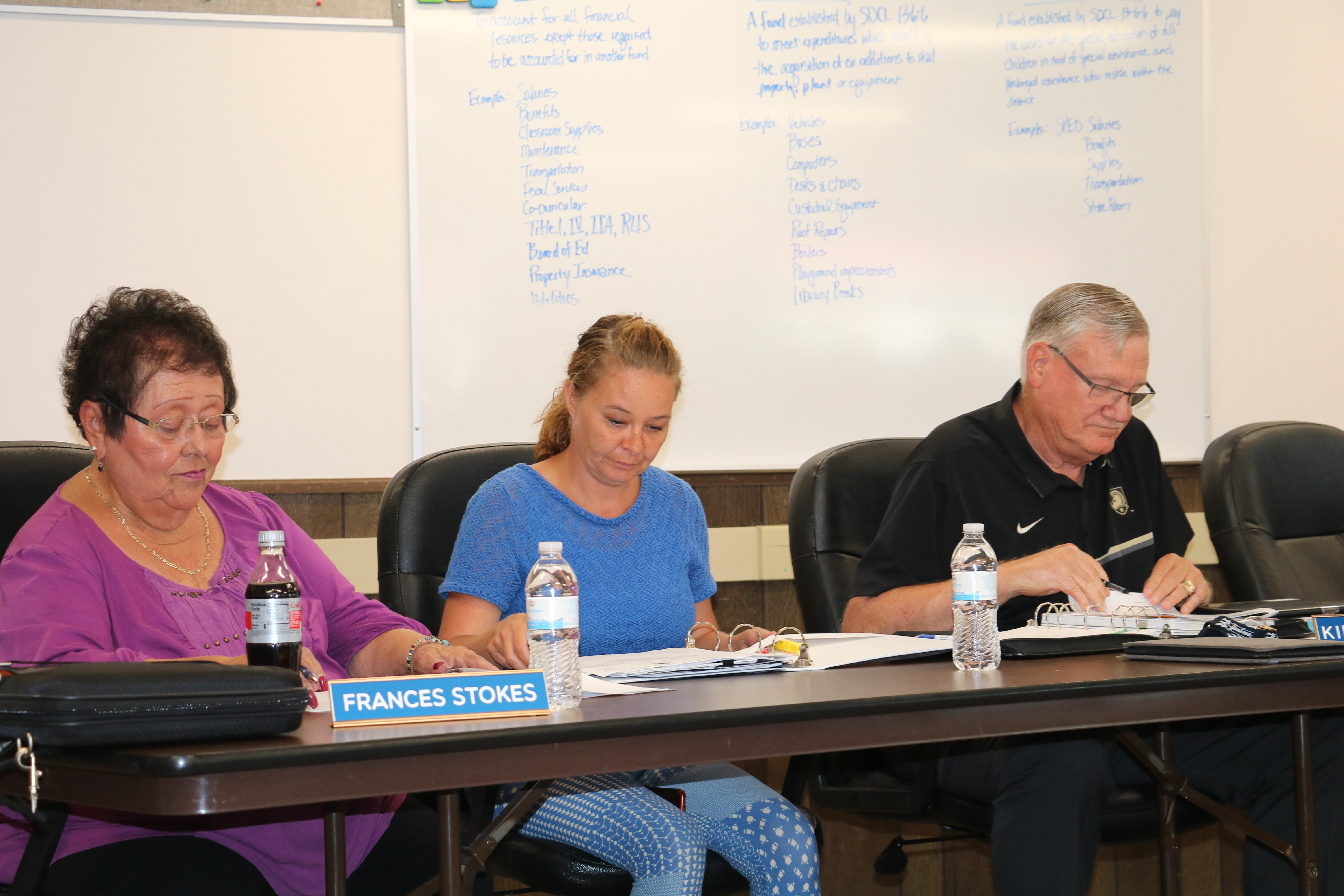 HOT SPRINGS – The failure to come to terms on the Hot Springs School District’s “Sick Leave Bank” and the “Reduction-In-Force” policies have created an impasse amongst the school board’s negotiations team and representatives of the teaching staff.

With a room full of faculty members from most all grade levels represented, Hot Springs Elementary School teacher Amber Foshee read a prepared statement to the Hot Springs School Board at their regular meeting on Monday night, July 9, during Public Participation, which highlighted the two aforementioned items within the 2018-19 negotiated agreement which has pushed the teachers to seek conciliation before moving forward.

In her address to the board, Foshee said she was pleased that the two sides were able to agree on 24 of the 26 potential changes to the current agreement, but that the negotiators from both groups were unable to reach an agreement on either the Sick Leave Bank or the Reduction-In-Force policies.

According to a printed release given to media, and also discussed by Foshee at the meeting, the Sick Leave Bank policy allows additional time for staff members to recover from serious illness and related health issues.

“Family and health are important to everyone,” the release stated. “The board has shown through the administration agreement accepted at the June 28 board meeting that it recognizes the importance of family and healthy employees. Teachers should be provided the same professional consideration.”

The Reduction-in-Force policy stipulates the process to be used when it is necessary to reduce staff members due to budget issues.

“The policy has been effective since at least 1971 during previous budget crises,” the teachers’ media release stated. “The policy strengthens community by establishing long-term, committed veteran teachers who are invested members of the community. This policy is a way to ensure that budget changes are fair and equitable and establish a safe and trusting work environment. These staff members are vital contributors to a vibrant community.”

When asked for comment prior to the board meeting, Hot Springs Schools Superintendent Kevin Coles said, based on advice from the school’s attorney Pat Ginsbach, he was unable to speak on the ongoing negotiations between school district and its teachers, but said that since the two parties did indeed reach an impasse, the issue would be turned over to the state’s Department of Labor who will mediate the situation. Coles said a date for that mediation has not yet been set.

Also during the first part of the July 9 school board meeting – under Old Business and led by outgoing Board President Scott Thompson – the board ultimately voted to deny a grievance submitted to the district by janitorial support staff, which claimed the hiring of Elizabeth Sorenson as the Custodian Supervisor was done so unfairly and adequately advertised to existing staff. The hire was approved by the school board at their May 14  board meeting.

After reviewing the grievance by the custodial staff, Thompson said he was recommending to the board that they deny it since Sorenson had since resigned from the position. Following an approximate 30-minute Executive Session for Personnel immediately following Thompson’s stated recommendation, the full board unanimously concurred and denied the grievance request.

A changeover of the school board then took place under a process know as Sine Die, when the board reorganized with outgoing members Scott Thompson, Tim Maciejewski and Kari Sanders then stepped down and joined the audience, with new school board member Nikki Shaw then taking the oath of office.

In the June 5 school board election, Shaw, along with Stachia Walker, were both elected to three-year terms on the board. Walker was not present for what would have been her first official board meeting so will take the oath of office at the next meeting. Also being elected to a two-year term on the school board was current board member Frances Stokes, who did not take a new oath but will remain as a member of the board.

A one-year position on the school board however remains open. During the July 9 meeting, and based on Supt. Coles’ recommendation, the board voted to advertise in the newspaper to garner interest from the community to see who would be willing to step up and be appointed to fill the vacant seat. Coles said in the past the board has simply appointed members of the community on their own without an advertised effort to seek appointees, usually due to the appointment only lasting a few months due to upcoming elections. Since the appointment would be for a full year, Coles said he felt it best for the board to perform a more elaborate process to find a new member.

The new member will be appointed at the next Aug. 13 meeting based on those who apply for the position. Coles said the board will enter into an executive session at that meeting and then come out with their decision. He said he wasn’t certain, but did not think the board would be required to disclose the names of all the potential candidates up for consideration.

Also as part of the Reorganization of the Board, Kim Henningsen was named the new Board President and Mark Walton was named the Board Vice President. Outgoing members Thompson and  Maciejewski were also recognized for their longtime association with the board.

Citing the Fall River County Herald’s larger circulation and its direction of focusing on the local news of the district, Board Vice President Mark Walton made the motion to name the Herald the school’s new official newspaper, which was seconded by new board member Nikki Shaw and then unanimously approved by the rest of the board.

In January 2018, the City of Hot Springs also unanimously named the Herald its official publication. But following a challenge by the attorneys of Lee Enterprises, Inc., the Iowa-based corporation which owns the Hot Springs Star, the City of Hot Springs was forced to rescind that decision based on a South Dakota Codified Law which governs municipalities and requires them to select the newspaper whose postal permit paperwork originates from that community’s post office. Despite having office locations in both Hot Springs and Edgemont, the Herald’s postal permit is based in Edgemont, while the Star’s is based in Hot Springs.

Hot Springs School District Attorney Pat Ginsbach however said his interpretation of the law allows the school district to have a choice in the matter, and advised the board that they could select either publication based on their merits and how they serve the district’s constituents.

“It is my employer’s position that that statute does apply to the Hot Springs School District,” Star Editor Zarecki told the school board at the conclusion of his presentation.

“So our attorneys will look into whether or not its legal to switch to the Herald,” he said.

Re-elected board member Frances Stokes and new board member Nikki Shaw take their position at the July 9 board meeting.