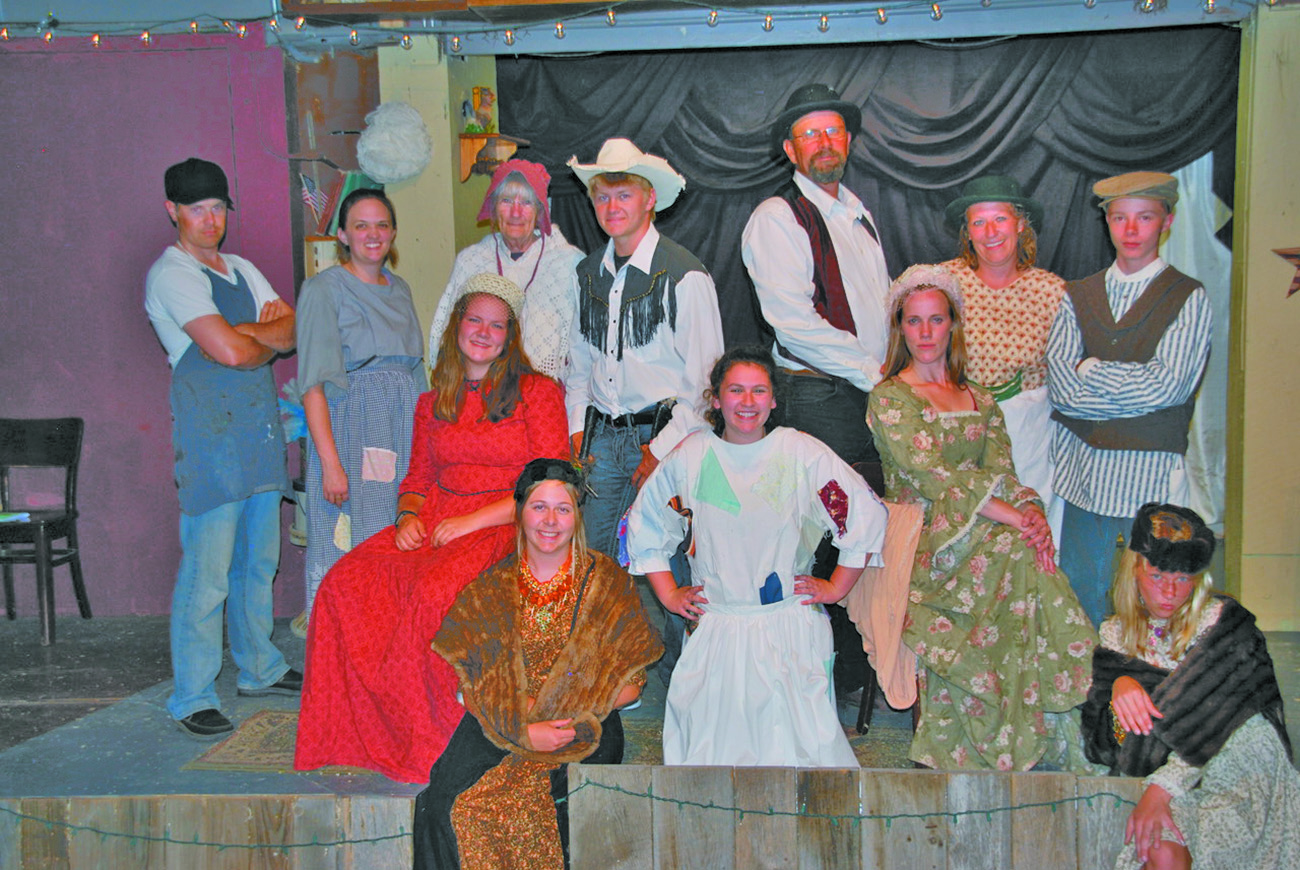 EDGEMONT - The cast and crew of the Edgemont Theatre Company have been spending lots of hours in the past couple weeks gearing up for this year’s summer Melodrama, “ Trapped in a Villains Web or… Weave Me a Loan.”

According to director Suzanne Hollenbeck, the melodrama is about a couple villains who try swindling their rich clients into purchasing “high-end” and “Made-in-Paris” hats that are merely repurposed old hats with a couple minor upgrades. To make matters in the shop a little more villainous, the shape owners are running a sweat shop and employing down on their luck orphans from a local orphanage.

Personalities will clash and the villains will come face to face with the hero and heroine of the night!

In a snippet from the writers of the melodrama, The Pioneer Drama Service, would-be audience members can take a sneak peak into the complex relationships of the play, “Be amazed by the culture clash between the city sophisticates and simple folk from the Old West!  When you’re trapped in this villain’s web, there’s only one way out...  laugh!”

Don’t miss out on a night full of drama, of the best kind, when the Edgemont Theatre Company opens their doors on Thursday, July 12 at 8 p.m. Thursday night marks the first showing of “Trapped in a Villains Web or…Weave Me a Loan,” followed by a dinner and theatre option the following two nights on Friday, July 13 and Saturday, July 14. The dinner, hosted by the theatre company, is available on Friday and Saturday beginning at 7 p.m. and includes admission to the play for a total cost of $30 per person. If theatre-goers choose to opt out of the dinner portion of the evening, tickets only cost $7 for adults and $5 for kids.

The final days to claim your spot in front of the stage are next week from Thursday, July 19 through Saturday, July 21.

The cast of the Edgemont Theatre Company pose for a photo during a dress rehearsal on Thursday, July 5, of their latest play, which will debut tonight, Thursday, July 12, with additional performances on July 13-14, as well as July 19-21.