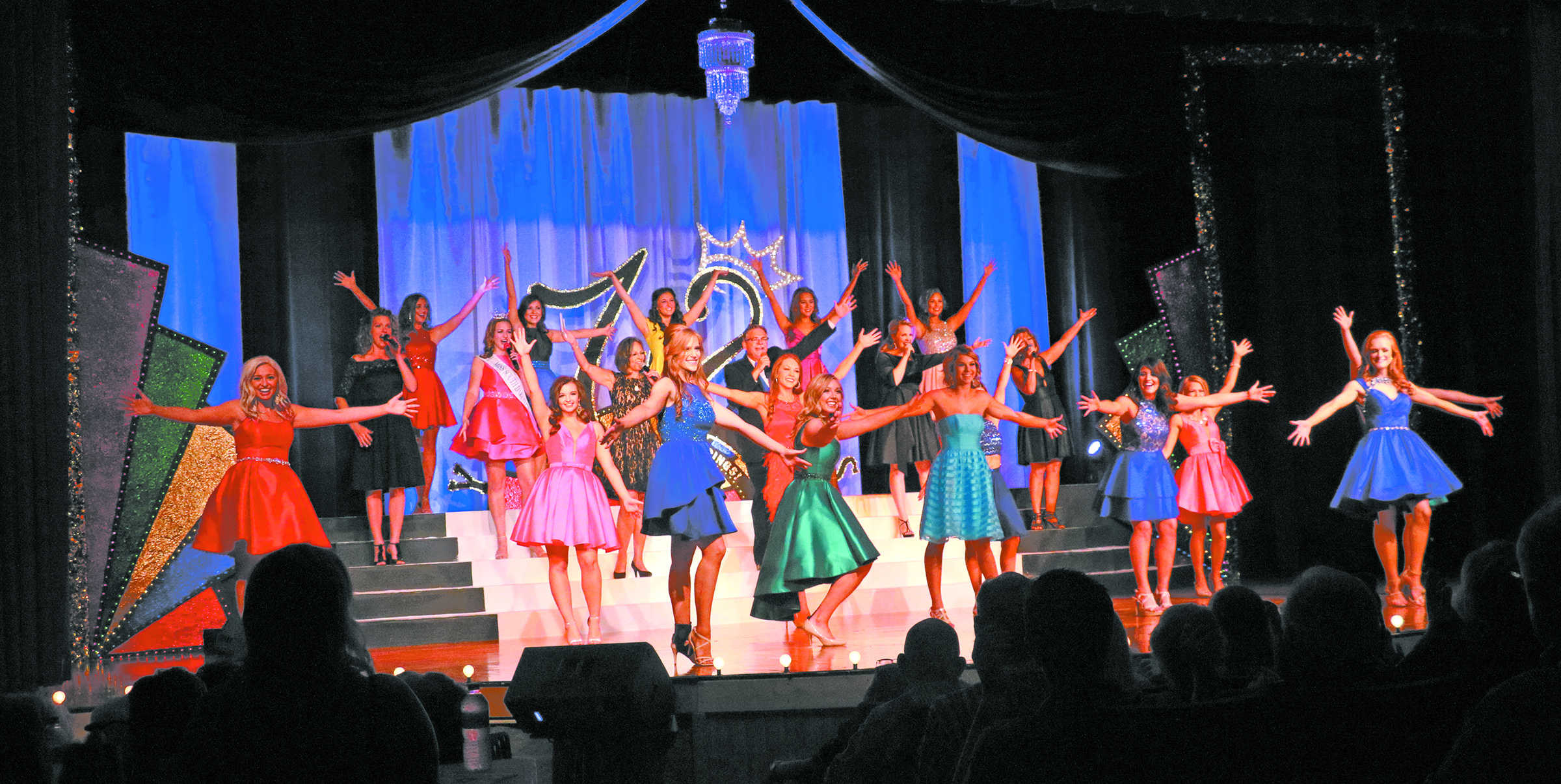 HOT SPRINGS – With the crowning of Carrie Wintle of Iroquois as the 2018 Miss South Dakota at the Mueller Civic Center earlier this month, the door on a 72 year tradition may have come to a close in Hot Springs, but organizers are hoping the change of venue, to across the state in Brookings, will be the key to unlocking additional funds to ensure the longterm success of the overall statewide program.

South Dakota Scholarship Foundation Board Chairman Brian Spitzer said the decision to move the pageant from Hot Springs to Brookings was all about the need to generate additional scholarship dollars to be awarded to contestants, and thus in turn, a hope to attract more contestants competing for those dollars.

In a recent post on social media and also explained in an interview last week with the Fall River County Herald, Spitzer said, “Pageant participation, meaning contestants, attendance at the pageant, and finally revenues including scholarship dollars and ticket sales have been stagnant if not declining for many years.”

Despite repeated inquiries over the years from other communities in the state trying to lure the pageant away from Hot Springs, Spitzer said their 11-member board had always been resistant to such a decision.

But after changes were made to the pageant itself in 2016 by moving to the Mueller Center Theater instead of the Auditorium, to lessen the need for as many volunteers while also reducing rental expenses of the production, Spitzer said ticket sales and participation was still down. Compounding the pressure of a lack of growth, Spitzer said their organization’s franchise with the Miss America Organization was also in jeopardy as it was becoming increasingly more difficult to meet their scholarship fund needs and other requirements.

When the board considered their options and reasons for why the event and their organization appeared to be running stagnant, Spitzer said they wondered, “Is it location? Could it be a move would enhance growth in the organization?”

In attempt to answer that question, last December, the Miss South Dakota Board of Directors sent out a Request For Proposals (RFP) to between 30 and 40 cities across the state, Spitzer said.

Within the RFP, the South Dakota Scholarship Foundation listed its needs of a host city, which included a large venue with conference room and dressing room accommodations, lighting and sound system, as well as a Ticket Management System. In addition, the RFP listed the lodging needs to include 10 hotel rooms for judges and judge coordinators for six days, 10 hotel rooms for Board of Directors for eight days, lodging for all contestants for eight days, as well as hotel block room rates.

Additional items in the RFP sent to potential host cities included food and beverage for contestants, board members, judges, entertainers, coordinators and volunteers; event coordination, marketing and promotion; Scholarship Assistance including donations from local and regional sponsors to support the Scholarship Fund.

By the March 1, 2018, deadline for RFPs, Spitzer said six cities from the across the state submitted proposals, including Rapid City, Sioux Falls, Huron, Vermillion, Mitchell and Brookings – all of which are in the top-11 cities in the state in terms of population, with five of the six also located east of the Missouri River.

Spitzer said Brookings and Mitchell quickly rose to the top of the board’s consideration, as they both offered everything noted in the RFP “and more,” he said, including substantial yearly contributions to the Scholarship Fund.

Some of the top “Key Decision Factors” which went into the decision, according to the RFP, were Seating Capacity, Stage Size, Ticket Management Options, Light and Sound Capabilities and Lodging.

Following personal site visits by all of the board members, while scrutinizing each community’s proposal, Spitzer said it was a tight decision with Brookings edging out Mitchell by only a couple votes.

With the pageant now moving to Brookings, for at least the next three years, Spitzer said it will be held in a brand new 800-seat venue, with a $1.5 million lighting and sound system, on the campus of South Dakota State University. The location will not even be open until January 2019, making the Miss South Dakota competition only the third event to be held there. Using the university’s much more advanced ticketing sales system, the foundation will be able to keep all of the funds raised from ticket sales, which means performances could potentially bring in an additional $75,000 to $85,000 into the scholarship fund, Spitzer said.

All of the contestants will stay on campus in SDSU dormitories, with the judges staying in comped motel accommodations.

Spitzer said Brookings’ pitch to the South Dakota Scholarship Foundation was presented from three sides – their Convention & Visitors Bureau, SDSU and the City of Brookings. The university will be charging the pageant foundation $500 for use of the campus facilities, but that cost will be offset by $5,000 coming to the group from the city itself.

To date, Spitzer also said Brookings is up to $45,000 in donated funds to put towards scholarships and that they are still raising money. He added that several large corporate sponsors in the past have indicated a desire to “open up their checkbooks” as well, but that they would only do so, if the pageant moved to a larger venue than Hot Springs, to allow them more bang for their buck.

With Miss South Dakota’s now new-found wealth, Spitzer said they will be able to immediately boost the scholarships available to contestants, not only for the Miss S.D. Pageant itself, but perhaps more importantly, for the lower level local pageants and Outstanding Teen pageants. He said the hope is that with availability to more scholarships at a younger age, more young ladies across the state will be enticed to compete and then stay with the program for more years, ultimately competing for the statewide title.

Spitzer said rather than thrusting a large amount of scholarship funds into the next year’s pageant, they hope to incrementally build up the scholarships over a few years, beginning with the biggest boost next year at that lower level competitions.

With 72 years of history in Hot Springs, the pageant leaving its home in the Southern Hills will certainly leave a void in the community which has given so much in volunteer hours and donated goods and services, while also reaping the economic benefits of hosting the statewide event for so many years.

Hot Springs Area Chamber of Commerce Executive Director Olivia Mears said it will be very difficult to see the pageant leave the community, but acknowledged the fact that in order for the organization to grow and meet its funding needs, it was an eventual inevitability. With what Brookings and some of the state’s larger communities and chambers of commerce are able to offer, Hot Springs was just not in a realistic contention of keeping it forever.

Mears however is still optimistic of what the future holds for Hot Springs, in terms of events which attract tourists and commerce to the community. She cited the potential future growth of some current summer events like the Main Street Arts & Crafts Festival, as well as the chamber’s plans to boost up Fall River Fourth of July celebration with additional events in Butler Park. She also mentioned the addition of a new Sturgis Bike Week related event slated for Centennial Park this coming August 4, entitled “Bikers, Bison & Brew.”

The Fall River Hot Air Balloon Festival is also quickly growing to potentially be the town’s new signature event, with up to 20 hot air balloons expected to launch from the Hot Springs Airport and also participate in a Night Glow, Aug. 25-26, 2018.

Mears said the chamber plans to look at some brand-new events to add to the town’s already busy schedule, and that they invite members of the community to come forward with their ideas and to see how the chamber can assist.

While the Miss S.D. competition itself may be moving away from Hot Springs, there will still be a great deal of Hot Springs going along with it, Spitzer said.

Much of the local production crew and all five of the local board members will remain with the organization, including Board Treasurer Judy Thies with 25 years experience, Sound Design/Light Operator Pat DeSmet with six years experience and Dressing Room Chief Jeauleen Frost with 26 years total experience.

Spitzer also said Ray Peterson, who makes his home in Brookings, will also remain as the Production Director for his 53rd year.

The 2018 Miss South Dakota contestants perform with host Dan Aughenbaugh on stage in the Mueller Civic Center Theater earlier this month. This year’s pageant marked the 72nd, but final, year in which the event was held in Hot Springs, after Brookings earned the opportunity to host it in 2019, ‘20 and ‘21.