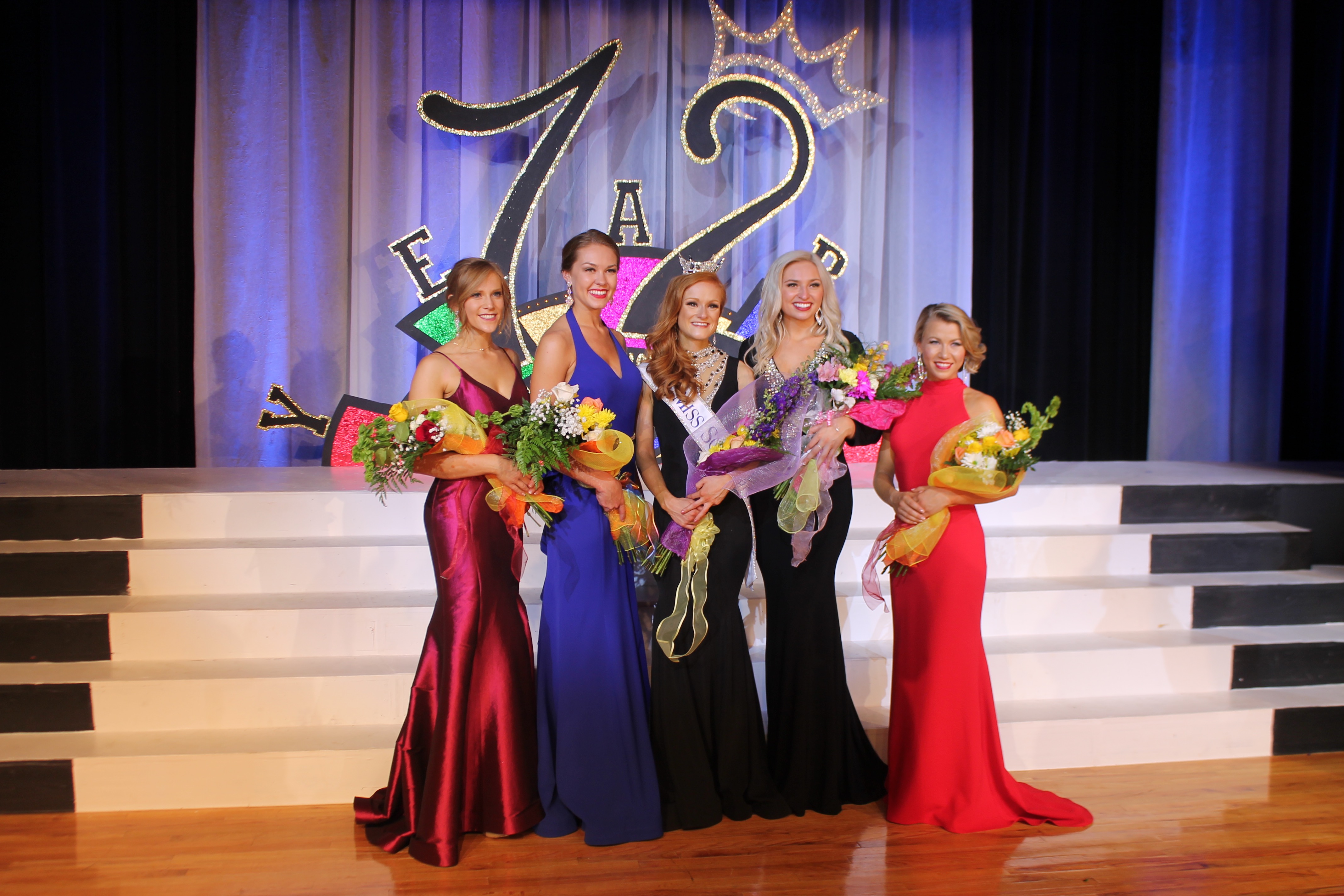 The pageant show titled “the POWER in ME” was created by producer and production director Ray Peterson, who has been the producer since 1969. Musical numbers are interspersed between the competition segments of talent, lifestyle and fitness in swimsuit, evening gown and interview. It was announced that Peterson will be inducted into the South Dakota Hall of Fame on September 8.

Host announcers for the pageant were Dan and Julie (Kleinsasser) Aughenbaugh of Rapid City, who first met at the pageant in 1979, the year Julie won the title. They married the following year. They and a number of “Forever” Miss South Dakotas provided the entertainment between competition segments. Entertainment also was provided by the Knutson Sisters of White, Miss Outstanding Teen 2017 Elizabeth Nesland and Miss Outstanding Teen 2018 Jessica Benson.

The winners of the Miss South Dakota parade, which was held on Saturday morning June 16, were the Girl Scouts, the Boy Scouts, Fall River Health Services, The Ranger Band of Custer, and Jim Fritz with his 1951 convertible.

With great anticipation and mixed emotions, the crowd waited to hear where the 2019 pageant will be held. At the end of Saturday evening’s show, Miss SD Board Chairman Brian Spitzer with Miss South Dakota 1947 Roselyn Anderson Ridley and newly-crowned Carrie Wintle revealed that Brookings will host the pageant in 2019, ’20 and ’21.

The 72-year era of the Miss South Dakota Scholarship Pageant being hosted in Hot Springs comes to a close, but the excitement continues as Carrie Wintle begins her year as the new Miss South Dakota.