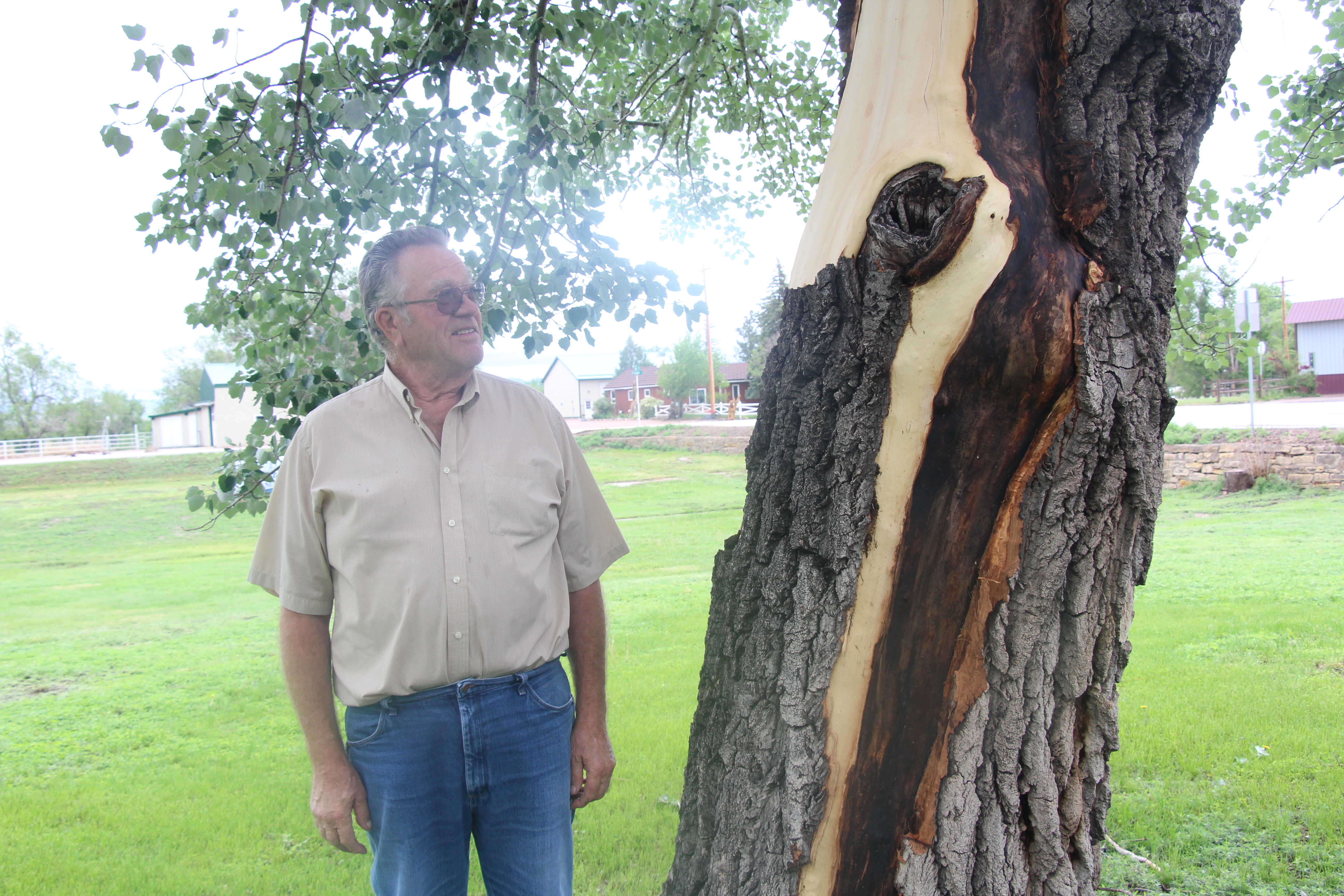 EDGEMONT - Some say lightning can’t strike twice. Perhaps those people are speaking of life’s misfortunes and bad luck because for one Edgemont resident, lightning has indeed struck twice.

According to weatherimagery.com the odds of getting struck by lightning in the U.S. in any single year is 1 in 700,000. We aren’t sure if those same odds apply to trees but one can assume that Edgemont resident George Eberle’s tree is not so lucky.

During the thunderstorm, Eberle heard a large cracking sound and felt his whole house shake. Seconds later he experienced total darkness after his power was knocked out by the lightning strike. Not only did he hear and feel the powerful electric bolt, but he saw the flash of light as it made contact with the ground.

According to weatherimagery.com, a lightning bolt packs a powerful punch, putting off anywhere from 1,000,000 to 1,000,000,000 volts and between 10,000 and 200,000 amps of power. Additionally, a single lightning bolt is five times hotter than the surface of the sun and is about 50,000 degrees Fahrenheit. With all this power, it’s no wonder this lightning strike was able to catapult debris off of the unlucky tree and across the front and back yard of Eberle’s property.

Luckily for Eberle, it was only a tree that was struck during a thunderstorm with heavy rains. Many properties and forests aren’t so lucky, with the yearly damage caused by lightning in the United States rising to about $400,000,000.

Lastly, a statistic from weatherimagery.com states that the odds of being struck by lightning in your lifetime is 1 in 5,000 and comparably your odds of winning the national lottery jackpot is 1 in 14 million. Unfortunately for the vast majority, you’d be better off to bet on the power of lightning and take cover during a thunderstorm and remember this tip from weatherimagery.com, “if your hair stands on end during a storm, that’s a bad sign. It means positive charge is building up around you and your chances of being struck are extremely high.”