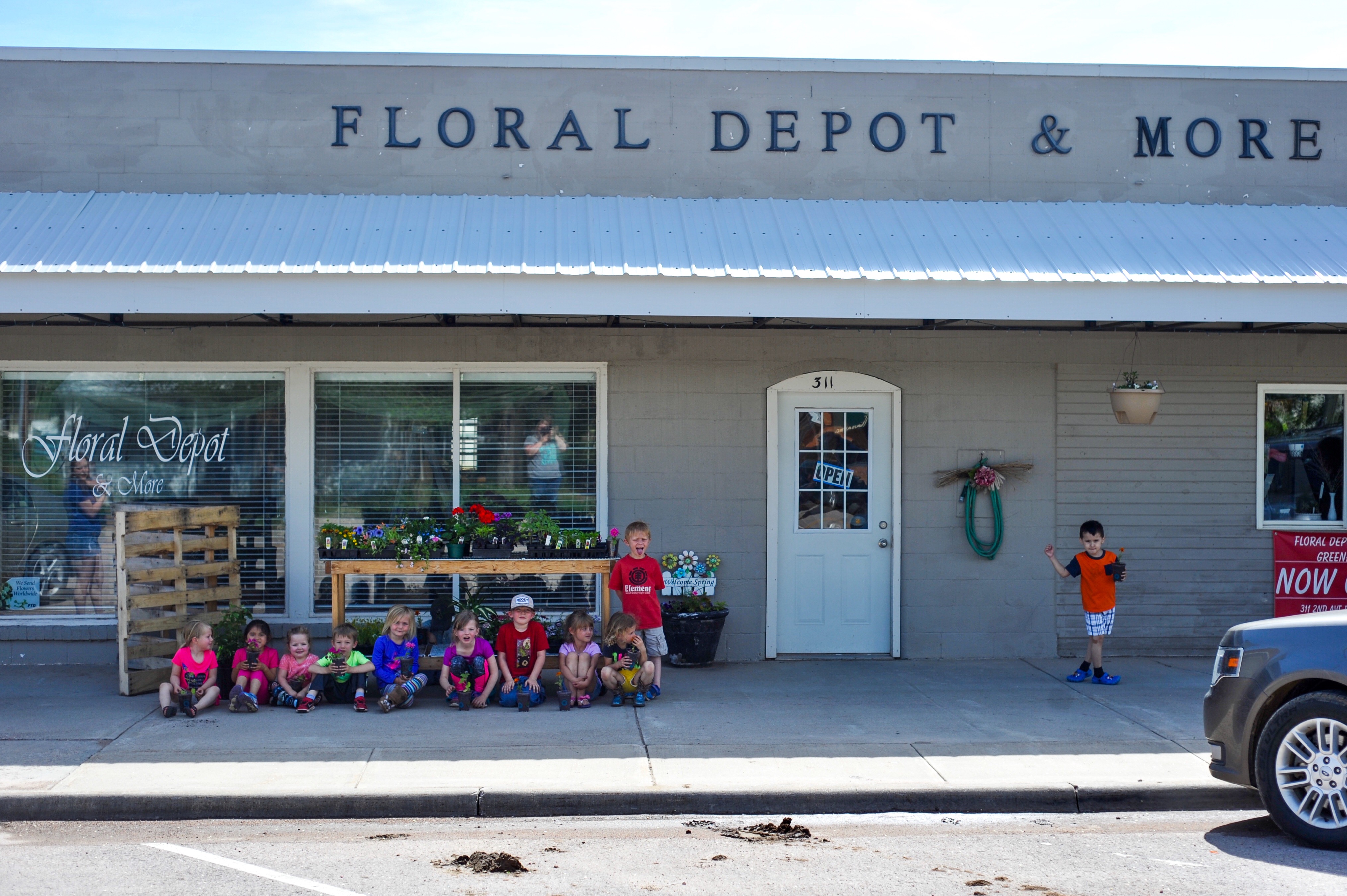 The 13 students of Edgemont Children’s Center ventured out for their last day of school May 22 with their teachers Amy Stokes and Ms. Barb as well as a few parents.

Cheyenne River Animal Hospital was their first destination, where Dr. Erica Koller-Ross and Lacey Stevens, Edgemont Children’s Center and Edgemont School District graduate, walked students through experiences at the clinic. Some of these experiences included weighing themselves on the pet scale, pretending to be a cow as they passed through the squeeze chute and bandaging the wounds of stuffed pets, much like beloved children’s show Doc McStuffins!

They also had the opportunity to see x-rays films, practiced with an otoscope to look into ears, noses, and mouths, and heard their own hearts through a stethoscope.

In addition to the wonderful learning experience, Dr. Koller also gave each of her small guests a Rabies tag, coloring page, and glove to take home.

From there, students made their way downtown to Floral Depot & More. While at the flower shop, they were able to try out their green thumbs! Each student filled a cup with soil and picked out a flower of their choice. Once they had their flowers picked out, they planted it in their cups for a souvenir to take home.

Edgemont Children’s Center operates on the same school schedule as Edgemont School District, Monday through Thursday from 7:30 to 11:30 a.m.

PHOTO 1: During the final day of preschool May 22, students of Edgemont Children’s Center planted a flower of their choosing at Floral Depot & More in downtown Edgemont.