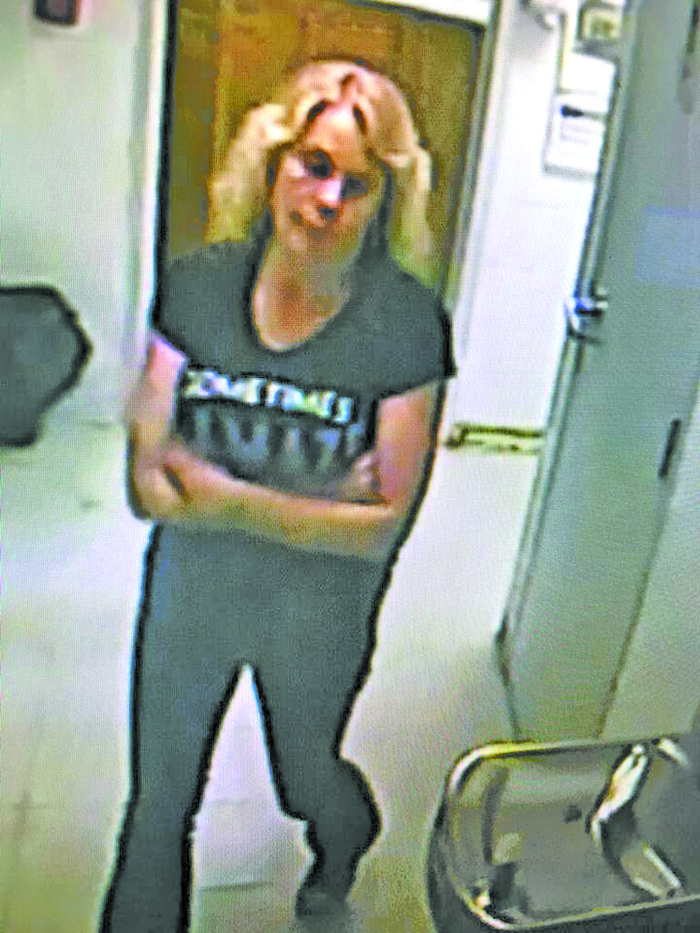 HOT SPRINGS – The Fall River Sheriff’s Department is seeking information on the whereabouts of Geri Joann Miller, 47, after she escaped from custody in the Fall River County Jail in Hot Springs on Friday, May 11.

According to a release submitted to the Fall River County Herald by States Attorney Jim Sword this week, Miller was sentenced to 12 months in the South Dakota State’s Women Penitentiary on May 11 by Honorable Jane Wipf Pfeifle.

Once in the jail, Miller then asked to use the bathroom. She was then granted her request and the door to the jail was opened, allowing her to go to the public bathroom outside of the locked jail facility, the press release from the States Attorney office states. She then never returned.

Miller has since been charged by Sword with one county of Escape in the Second Degree, which is a Class 5 Felony.

Information concerning Miller’s whereabouts should be reported to the Fall River County Sheriff at 605-745-4444. The public should not attempt to apprehend Miller themselves.

PHOTO:
Convict Geri Joann Miller, age 48, escaped from custody in the Fall River County Jail on May 11, and is still at-large.