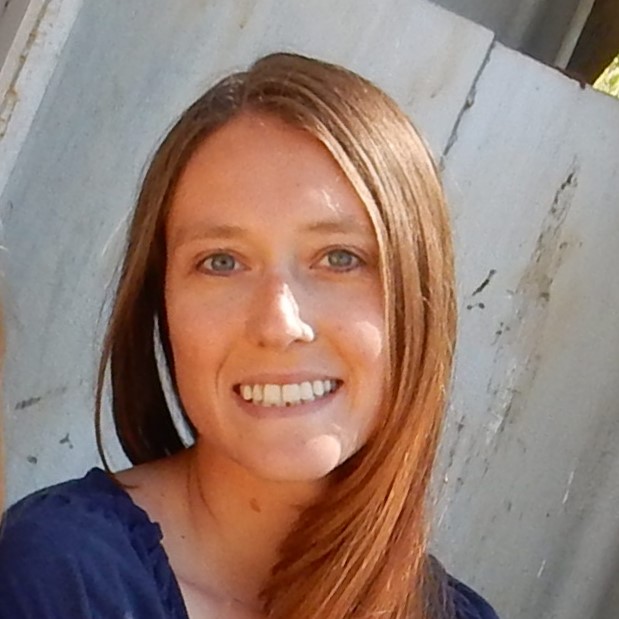 Community reeling from passing of YMCA Director, mother of two

EDGEMONT - Over the past week since the news of Amanda Allen’s tragic passing has swept across Fall River County, there have been many tearful stories shared of her incredible impact on her family and the tight-knit community of Edgemont, where she called home.

Among the stories being shared of Allen’s short life, one phrase kept showing up on the tongues of those that mourned her passing, “She left behind big shoes to fill.”

Allen passed away at the young age of 30, very sudden and unexpectedly during the morning hours on Mother’s Day, Sunday, May 13, in the comfort of her own home, leaving her family, friends and the community that she served reeling with grief. (See full obituary on page A6)

Allen’s heart led her to her position as a pre-school teacher at the Edgemont Children’s Center and soon after also led her to serve the community as the YMCA Site Coordinator and eventually the Edgemont YMCA Director. It was during these roles that Allen was able to touch the lives of so many families in the community and was affectionately known as “Miss Amanda”

Jayme Alexander, a mother from Edgemont that shared the sentiments of many had this to say of “Miss Amanda”, “she was an amazing soul, awesome teacher and dedicated so much of her life to these kids! She taught my daughter most of what she knows in preparation for Kindergarten! I’m thankful to have those memories and all the papers and pictures with her! She will be deeply missed forever and always!”

In addition to being a pre-school teacher, many children and families were impacted by Allen’s presence as the YMCA Director where she oversaw many programs and activities for the kids, including the after-school program where children spent several hours each week with Allen.

Sharon Costantino, a former high school classmate, mother to Allen’s students and a YMCA volunteer beside Allen had this to say of her friend, “I worked closely with her in the sports programs for the YMCA for the last four years and the summer program last year.”

Costantino continued by praising Allen for her ability to navigate all the roles she took on, “she was always so amazing at keeping everyone and everything in line. I do not know how this woman managed to do everything and still be a great mom. She always makes time for her kids and everyone else too. She was smart, active, an amazing woman and an amazing mom.”

Many community members shared similar stories of Allen in conversations following her passing. These stores of Allen showcased her incredible ability to juggle all the responsibilities in her life with a smile on her face, open hands in service to others and a passion in her heart for children. Many people conveyed the inspiration they felt by Allen’s legacy and her constant fire for life, always on the go and striving to be better, always.

“I have known Amanda almost as long as she was here in Edgemont. Anastie (Allen’s daughter) was only one when she started here in daycare,” recalls Susan Humiston, the community’s beloved and sole daycare provider. Humiston talked of Allen’s excellence and continual effort in everything she did, “Not everyone is suited for working with children. It takes a lot of empathy and understanding…Amanda had that special quality. The dozens of children she has worked with in the community genuinely loved her for that.”

Like many others who knew Allen personally in the community, Humiston echoed their same words, “She has served this community very well. I honestly don’t think it is possible to replace her at the level she has worked.  Like so many, I am truly heartbroken.”

Allen’s work at the YMCA and pre-school no doubt had a lasting impact on the community of Edgemont. Although Allen is longer with her family, friends, children and students, her legacy of understanding, patience, kindness and generosity of time will continue to ripple through the community for years to come.

The lessons she taught as a pre-school instructor and YMCA director will be carried beyond the classroom by many of her pupils and their parents. One of her students, Garrett Jones, 4, son to Jerusha and Mark Jones, displayed how the lessons he learned from Allen are already impacting his ability to process the news of her passing. When his mother Jerusha broke the news to Garrett through a mature conversation about life, death and the confusion that can come from trying to understand her absence, his first response was to help others. According to Jones, Garrett’s immediate response was, “When I grow up, I’m going to be a teacher and help Miss Barbara and Miss Amy.”

Allen taught kindness through her own actions and by extending help to those that needed it. That legacy of love is already manifesting itself in the young minds of her students, especially four year old Garrett when he suggested that he give up his own room to Allen’s children when he realized they might need someone to watch over them.

Of course, nobody understands the weight of Allen’s absence more than her own family and two young children Anastie and Anton. Likewise, no two children have been more affected by her legacy. All you have to do is watch Anastie dancing or singing at a school or YMCA recital to see that same “fire for life” is pouring out of her just as it did her mother. Or you can see that Allen’s kindness and softness for others has been passed down to her kind-hearted son Anton.

When it comes to legacies, perhaps it is best simply stated as country singer Randy Travis sang, “It’s not what you take when you leave this world behind you, it’s what you leave behind you when you go.” With the out-pouring of love and sharing of heartfelt stories that have spread like wild fire, it is evident that Allen’s compassion for others will continue to live on through the lives of others.

Amanda Allen’s unexpected passing has caused many to pause and reflect on the actions of their own life. And if nothing else she has reminded a community to live for today because “yesterday is gone and tomorrow is never promised.”