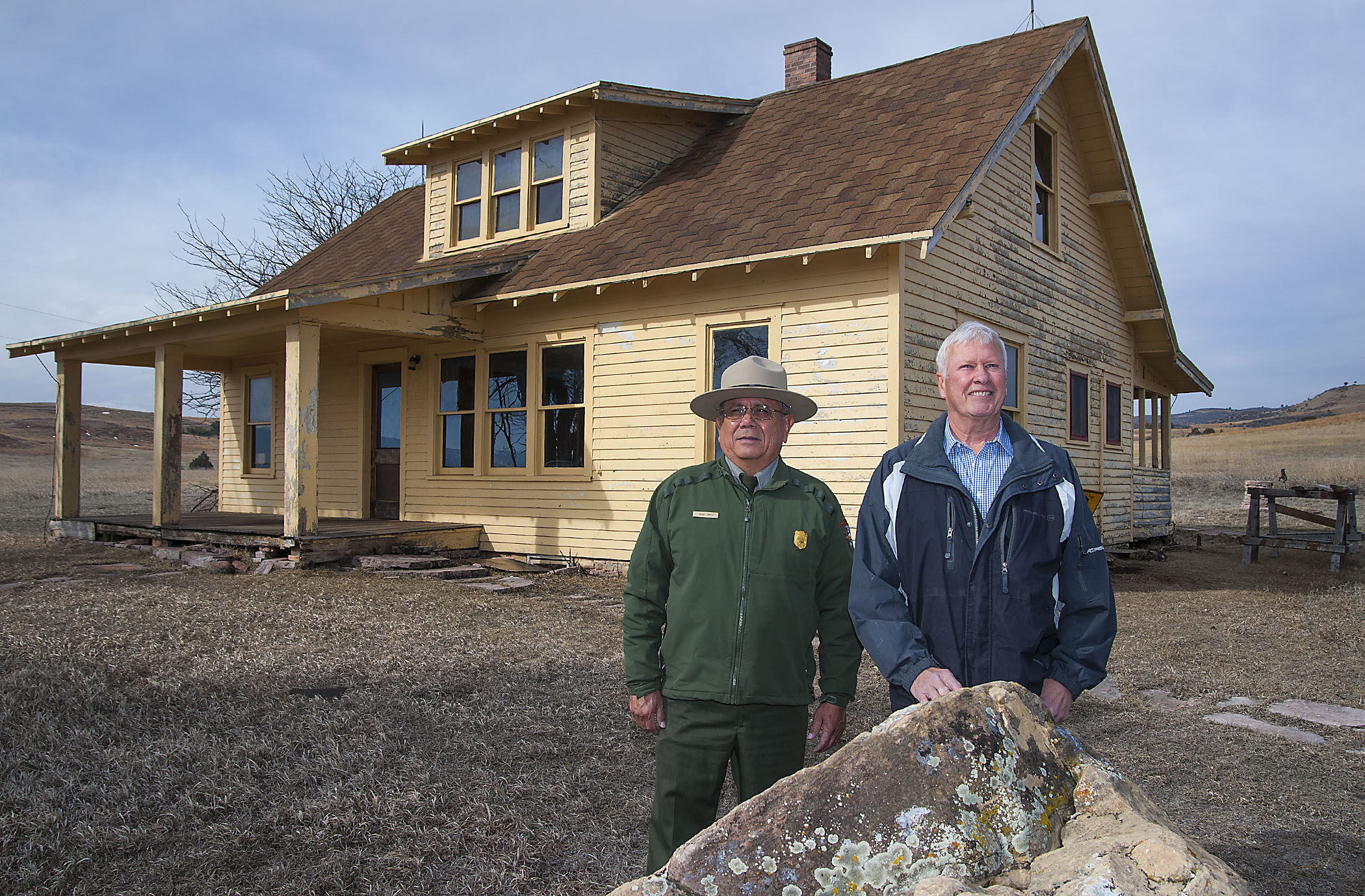 WIND CAVE NATIONAL PARK – As is with most years of the recent millennium, the year 1882 saw several significant events in man’s social, economic and artistic history. The Standard Oil Trust was secretly created by John D. Rockefeller while the electrical age began as American inventor Thomas Edison flipped the switch to set in operation the first commercial electrical power plant in the U.S. It lit one square mile of New York City’s lower Manhattan which also saw the first United States Labor Day parade that year on Sept. 5.

Out in Missouri, the outlaw Jesse James was shot dead by fellow outlaw Bob Ford for the reward of many thousands, while music lovers in Moscow, Russia, enjoyed the debut of Tchaikovsky’s 1812 Overture. Significant American births that year included future president Franklin D. Roosevelt and artist Edward Hopper. And Irish-born playwright Oscar Wilde was in his usual form. When arriving in this country for an extended lecture tour, he was asked by a customs agent if he had anything to declare and replied, “I have nothing to declare but my genius.”

So what was going on in the Dakota Territory of 1882, which also included much of present-day Montana and Wyoming along with all of what is now North and South Dakota? Statehood for both of the Dakotas was still seven years away – Nov. 2, 1889.

Most of the wars with the Plains Native Americans had ended with the last band of free-roaming Lakota under the great war chief Crazy Horse surrendering to the U.S. Army at Fort Robinson, Nebraska in September of 1877. However, there was still much unrest and discontent among these native peoples that would lead to the tragic events of nearby Wounded Knee in December of 1890.

The Dakota Territory of this time was a harsh and unforgiving environment, requiring early pioneers and settlers to adapt and change. Also at this time a Swedish immigrant named August Sanson, who had arrived in the region in 1878, looked at land in the Southern Black Hills. Here, he would go on to establish the typically-sized homestead of 160 acres and over the years, through marriage, future purchases, additional homesteads and untimely deaths in the family, the Sanson Ranch would eventually grow to 3700 acres. It became the oldest working ranch in the history of Custer County.

But tough times still lay ahead. In 1916, severe arthritis forced August Sanson to give up ranch work with the job falling to his son Carl at the age of 15. He had completed one year of high school, but would run the ranch for most of the rest of his life – still using the “Lazy 96” brand with which his father had started in 1882.

Also, dry years and fluctuating financial markets often forced the Sansons and other ranchers to move cattle to other ranges, such as the Pine Ridge Reservation and the Badlands. Droughts often brought prairie fires and one destroyed the original family home in 1910. They lost everything.

Afterwards, the family lived in the old home site, often sleeping outside until they rebuilt the ranch house in 1918. Most of that work was done by Carl and brother Adolph, costing about $3,000. They celebrated the completion of the house and their parents’ 31st wedding anniversary on May 19, 1919, along with 150 friends and neighbors. Ranch ownership remained with the Sanson Family until 1987 when it was purchased by the Mill Iron Bison Company of Montana.

Over the years Carl Sanson frequently referred to the Black Hills as “next-year country,” meaning, “If things were bad this year, you hoped for things to be better the next year.”

In his 1987 memoir, Carl explains his feelings for the land. “After one year of high school I had to stay home and do the work here. I was 15 at the time and have been here ever since. I must have done something right because this ranch is clear of any debt and always has been. When I reach down and pick up a handful of dirt, I can say it is mine. To me there is a lot of satisfaction being able to say that.” Carl Sanson passed away July 6, 1991.

On October 6, 2011, the Sanson Ranch passed into a new phase of its history when then Secretary of Interior Ken Salazar announced that the National Park Service had acquired 5,555 acres of land that included the historic Sanson Homestead, additional former ranch land and a 4,000-year-old buffalo jump site. All of this land would be added to South Dakota’s Wind Cave National Park and park staff immediately began planning on how to integrate this land into the rest of the park, what its use will be, if any additional visitors service facilities are needed and whether or not current wildlife management plans are sufficient.

“Right now we just want to get it open to the public,” says park spokesman Tom Farrell. And that will entail much. First, a one-mile stretch of a primitive dirt leading from a county road back to the ranch property must be vastly improved so that visitor traffic can be accommodated. That work will be done by troops of the South Dakota National Guard during this coming June as part of their annual Golden Coyote training exercises that are held in the Black Hills every summer.

Next the ranch house which is basically in sound shape must be restored to full living conditions to possibly accommodate volunteers – that will require several years.

“One of our priorities is to establish and build a series of self-guided trails to several parts of the ranch, including the buffalo jump,” says Farrell. “That would broaden our ability to interpret the two cultures that really helped build the American west – the Native American and the pioneer.”

Farrell also envisions having a Native park ranger stationed at the jump site to help with that interpretation. This jump was used by Native Americans over which they stampeded bison for food and utensils prior to the development of the famous horse cultures that came to the Great Plains centuries later. Farrell also says that the possibility of moving some of the park’s bison is also under discussion.

The park’s plans also include extensive use of a volunteer group that is more than willing to be used – the Friends of Wind Cave (FOWC). This group’s mission is to help Wind Cave National Park in any way they can with particular emphasis on fundraising, marketing, public relations and general volunteer work. “The national parks have no authority to raise or spend money on park facilities or activities,” says Don De Vries, president of the FOWC board of directors. “They can only use what is specifically allocated by a congressional act.” Groups like FOWC are springing up all across the country at the various national parks and monuments.

“That’s why these groups are so important,” explains De Vries. “A good example is the road the National Guard will be constructing this summer. That road will require about $40,000 in materials which the park is not authorized to purchase. But we (FOWC) as a volunteer group can raise the money, purchase the materials and then donate them to the park. Through donations, we have already raised $23,000 and expect to get the rest.” De Vries also points out that those posting a $1,000 donation or higher will have their name posted on a special plaque at the ranch site.

“We have done much work for the park including fence repair and tree planting,” says De Vries, “and we will also be very active in building the trail to the buffalo jump. And once access to the new areas is established, the park cannot buy ads or promotions in magazines, etc. Yet we can do that on their behalf. We can also manage booths at shows, represent the park in parades – none of their personnel can do that.”

Needless to say, NPS encourages development of these groups. 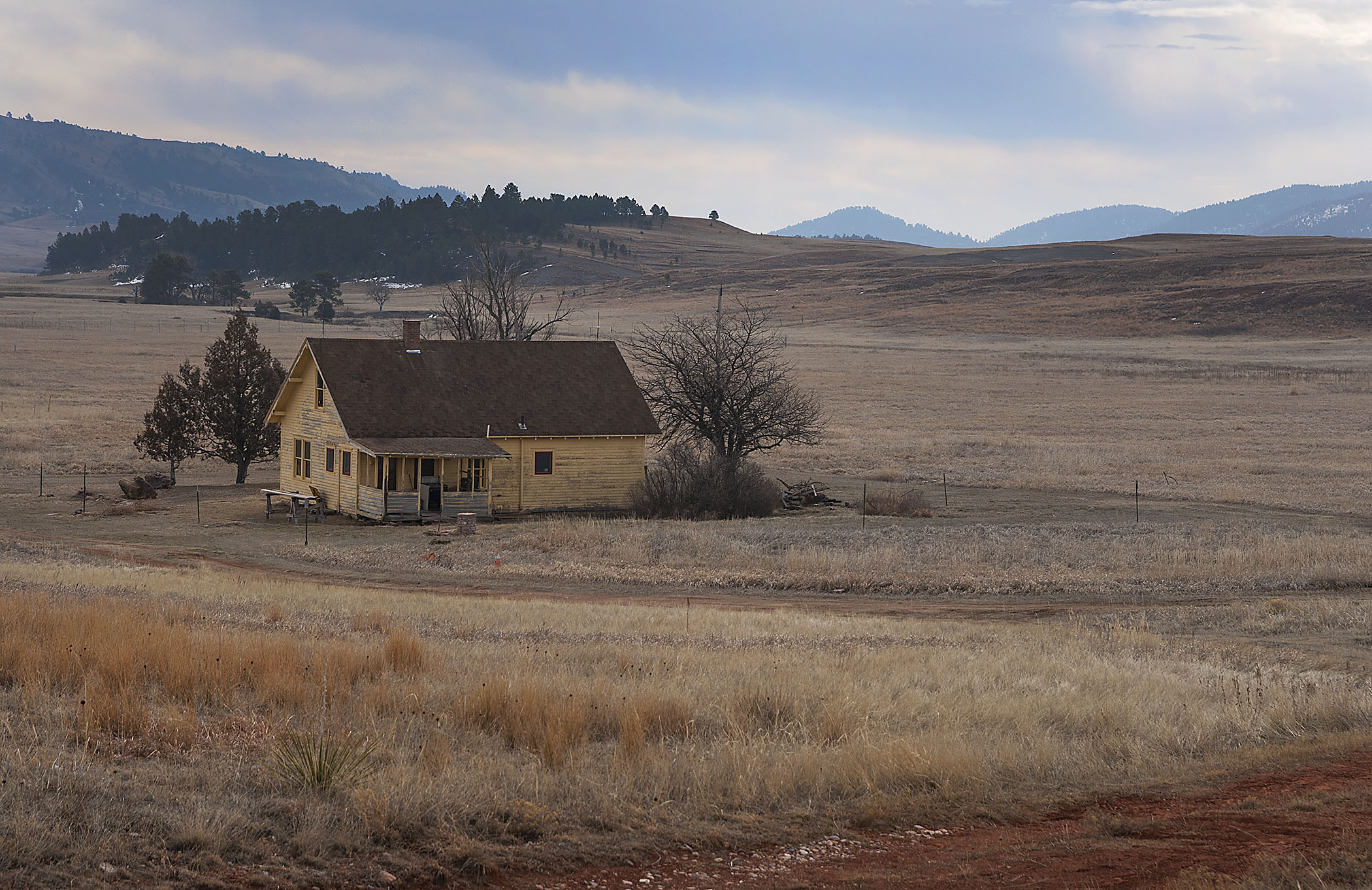