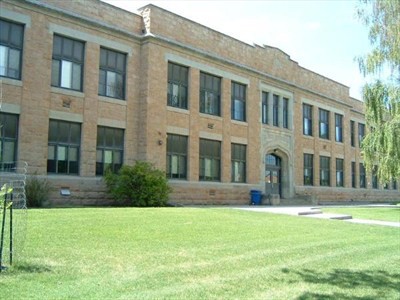 According to the email sent by Coles, which he also shared with the Fall River County Herald, following the completion of the initial reduction in force portion of the school’s plan, they have attained approximately $323,000 in expense savings through the elimination of six full-time equivalent (FTE) positions. Those positions, and their approximate total compensation impact (including salary, benefits and other miscellaneous associated expenses) includes:

To further explain these comments, Coles told the Fall River County Herald in an interview on Monday, March 26, that all of the school employees, whose positions were recently reduced or non-renewed by the school board, had tenure, meaning they had been employed in the district for at least three years. As tenured employees, they can now choose to “bump” non-tenured employees from other positions, for which they are also certified, within the school.

Citing the school’s policy pertaining to Reduction or Realignment of Staff:

“Teachers laid off shall be recalled to available positions in reverse order of their lay off. Laid off teaches shall be notified by certified mail of available positions for which they are certified … Failure to respond to such notification withing fourteen (14) calendar days of the mailing shall result in the termination of the teacher’s right to recall.”

“Once we work through the recall rights, we will proceed with potential reductions regarding our classified personnel,” Coles went on to say in his email to staff. “When that process is completed, we will continue to move forward with non-personnel cuts if needed.”

In looking more closely at the reductions outlined in the email, Coles told the Fall River County Herald  that how the school will move forward next year without these positions is still somewhat of an unknown at this time, as they await the results of the recall process.

Without Samantha Weaver as the Curriculum Director, he said the school will need to identify who on their staff will take over the responsibility of coordinating all of the standardized testing, to name just one of the responsibilities currently held by the position.

With the reduction of one person in the music department for high school and middle school, Coles said their principals are currently in discussions with Melissa Vande Stroet, who will be taking on that role next year, to see how that will work. Coles said he was confident however that a plan will be put into place for the 2018-19 school year that will ensure both band and choir will be offered for students in high school and middle school.

In the elementary, the only grade level currently planned to be reduced down to two sections, instead of three sections, is in the fourth grade, where a teacher resigned earlier this year. In the other grade levels, Coles said no decisions have been made to make any changes at this time, however depending on how the recall process works – should one of the reduced tenured staff members take on a new role in the elementary – that could change.

Coles said recently two custodians had turned in their resignations – one from the high school and one from the elementary. One of those positions will be refilled, however the other will not. Rather than assigning the new custodian to only one of the buildings, Coles said the school will be looking in redistributing the duties of all the custodians, including adding a night shift so that cleaning is done outside of regular school hours.

One part-time position which was reduced by the school board at its March 12 meeting, but not mentioned in Coles’ email to staff, was the librarian position. Coles said he did not include it on the list at this time because the actual budget implication of reducing that position is not yet known, partly due to it currently being held by an employee who is also a part-time teacher in the middle school as well. Once the recall process is complete, and the administration can determine how best to fulfill the supervision of the library, Coles said that budget impact would be added to the list at a later date.

Regarding the two counselor positions in the high school/middle school and elementary school, Coles said both individuals have the opportunity to maintain full-time employment at the school through the recall process by taking on other part-time roles for which they are certified.

In his email to staff, Coles also made it known that it is the school’s intent to sell the administration building, which is located across the street from the main school campus along University Avenue. This has been a topic of discussion for several years amongst previous superintendents and school board members as well.

Coles pointed out however that the possible sale would only reduce the general fund regarding operating expenses, while the revenue gained from the sale of the building would only increase the school’s capital outlay fund.

If the building were to sell, Coles said it is currently unknown where the administrative staff would end up moving into, but likely somewhere in one of the existing buildings on the main campus.