EDGEMONT – Lunchtime at the Senior Center in Edgemont has been infused and reinvigorated with a youthful smile and an eager heart from the center’s new chef, Ashlee Lyons.

Lyons, 26, moved to Edgemont about four years ago from Arkansas and has been busy working dual positions at PJ’s as well as assisting the former Senior Center chef. Lyons transition from kitchen help to the sole chef at the Senior Center happened around February 1. 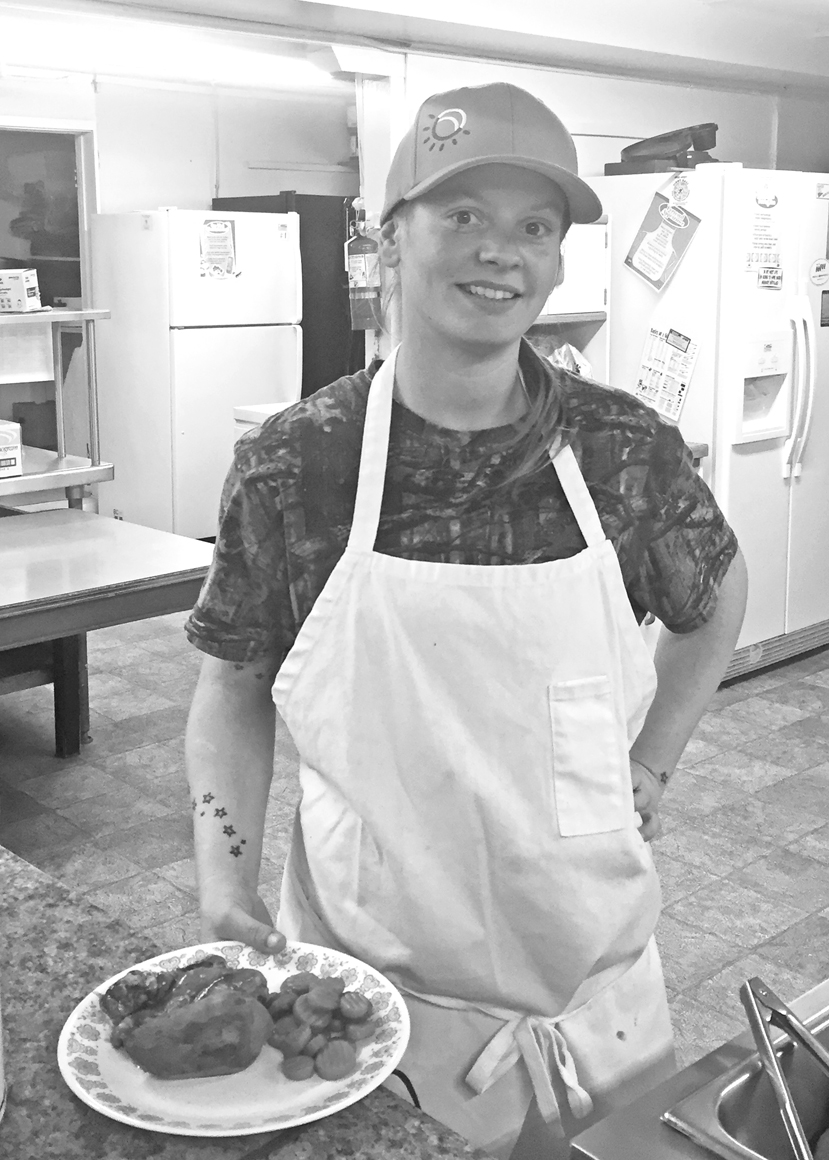 According to an Edgemont resident who frequents the Senior Center, the former chef was ‘let go’ due to undisclosed circumstances. However, despite the negativity of letting an employee go, the center is excited for Lyons to be joining them full time and is looking forward to great things to come from her.

Lyons has taken on the full time position with excitement and says she looks forward to the challenges, cooking and conversation that comes with the job. The most challenging part, Lyons remarks, is in knowing how many portions to prepare on a daily basis. As Lyons serves up a plate of steaming hot BBQ Chicken legs, baked sweet potato, peas and glazed carrots, she comments “Some days I don’t make enough and some days I make too much, like today”.

Along with the challenges of preparing lunch daily Monday through Friday, Lyons says it has been a learning curve doing the paperwork and inventory at the end of the week. Despite its challenges, Lyons is excited to be the new chef.

When asked about her favorite part of the job, she said, “My favorite part is being able to experiment with the different foods and learning new things.” She paused and a smile lit across her face as she added, “Probably my most favorite part of this job is the conversation I get to have with everyone who comes up here and the stories they have shared with me. It’s really great.”

So far the fan favorite meal seems to be Lyons’ Swiss steak. As she settles into her new role and tries lots of new recipes the crowd favorite may change. However, some things that will remain constant from Lyons are hard work, great meals and a friendly, eager attitude to greet you in the kitchen.