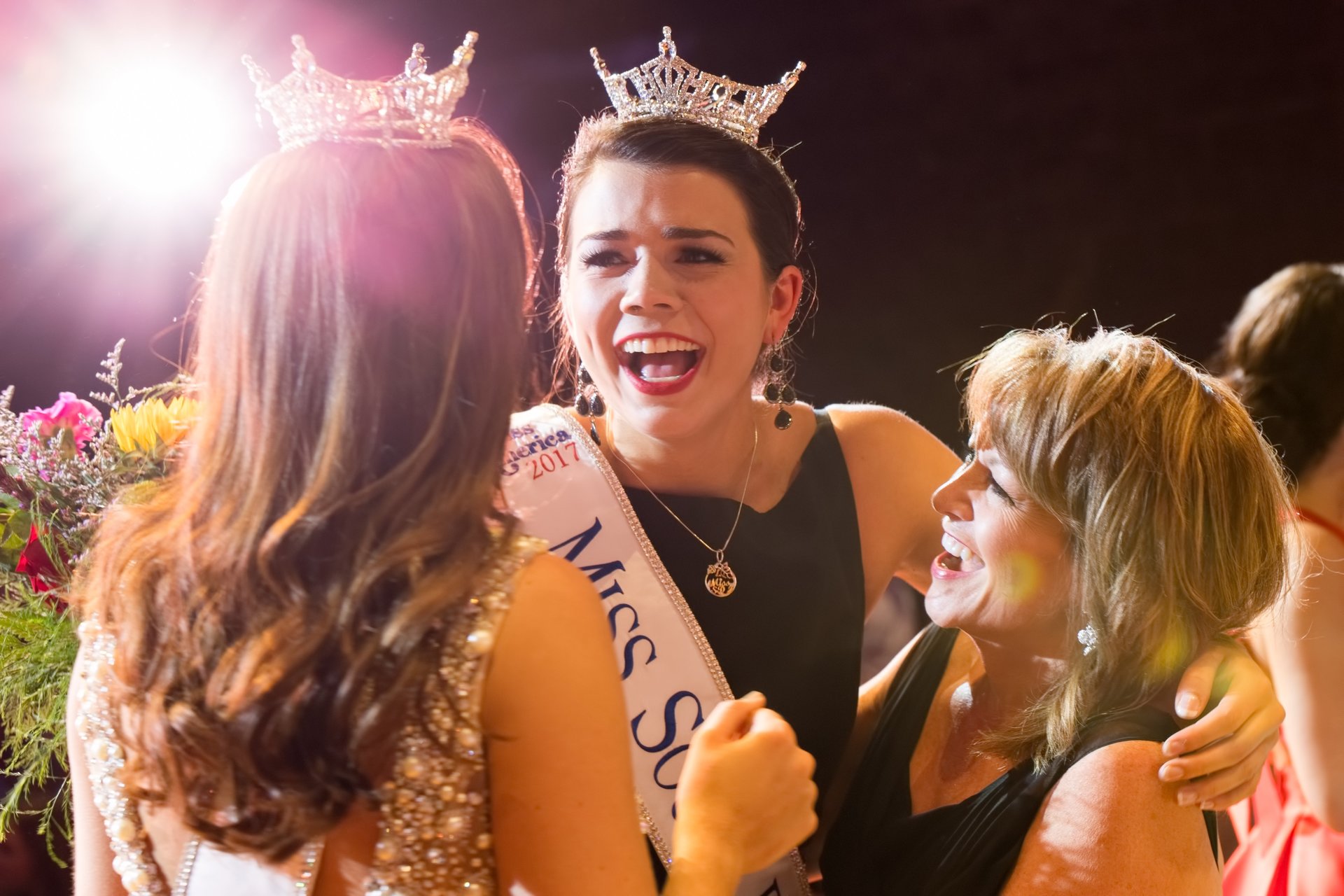 Hot Springs to host 2018 pageant, but could be the last

HOT SPRINGS – Citing a need to increase pageant attendance, contestants and scholarship monies, the Miss South Dakota Scholarship Foundation last month sent out a Request For Proposals (RFP) to several mid-sized to larger communities across the state in search of a potential new home for the annual event, which has taken place in Hot Springs for the past 71 years.

Brian Spitzer, the recently appointed Chairman of the Miss South Dakota Scholarship Foundation, said Hot Springs will host this coming summer’s event for 2018, and also has an equal opportunity to continue hosting the event for years to come. But in order for their organization to experience growth in the three aforementioned areas above, he and his 13-member board of directors want to explore what opportunities may be available elsewhere in the state.

By potentially moving the event to a new and larger venue than Hot Springs, Spitzer said there is a very good possibility that it will create opportunities to increase corporate sponsorships which will in turn increase the amount of scholarships available to the contestants, which will potentially increase the number of contestants as well. More contestants then would also increase attendance, as would a move to a larger market and venue.

Expressing his regret in the possibility that the pageant could potentially move away from his hometown after the 72nd pageant this summer, Spitzer said their efforts in seeking out a new home are driven by their desire to impact more young ladies, than a desire to negatively impact a community.

“Its about the girls, and what gives us the best opportunity to help them,” Spitzer said. “Its not about Hot Springs.”

The five-page RFP, which is for the three-year term from 2019 - 2021 and lists Executive Director September Kirby as the contact person, was emailed to the City of Hot Springs’ Finance Officer Misty Summers-Walton on Dec. 15, 2017, along with at least 18 other communities across the state.

Included in the request is a brief history of the organization and how it relates to the overall Miss America Organization.

“The South Dakota Scholarship Foundation has been granted the state franchise from the Miss America Organization (MAO) to hold a state competition as a preliminary to the Miss America Pageant,” the RFP states. “In addition, it also is awarded the rights for the Miss South Dakota Outstanding Teen Pageant as a preliminary to the Miss America Outstanding Teen Pageant. The Miss America Organization, a 501(c)4 non-profit organization, is the nation’s leading advocate for women’s education and the largest provider of scholarship assistance to young women in the United States, awarding millions of dollars annually in cash awards and inkind tuition waivers. MAO is comprised of 51 organizations, including all 50 states and the District of Columbia. Miss America contestants, at both the state and local level, contribute tens of thousands of community service hours annually and have raised over $16 million for Children’s Miracle Network Hospitals and Miss America scholarships since 2007.”

The RFP goes on to state that the pageant has been held in Hot Springs for the past 71 years, and has recently averaged around 16 Miss contestants and 14 Teen contestants each year. The next four pages of the request highlight specific needs which the host community would need to provide, including requirements ranging from a proposed venue, date, lodging, meals, marketing, volunteer workforce, sponsorships and scholarship assistance.

Spitzer said the items listed in the RFP are all things which the community of Hot Springs and its volunteers have provided over the years, but added that those who have seen the list may have been shocked to see how much it takes to put on the event each year here.

Because of those intense requirements and long hours of work, it has become harder and harder each year for the community of Hot Springs to come up with the resources and volunteers needed to host the event, Spitzer said. He added that many of the volunteers whom have been a part of the pageant for decades, are getting “burned out” with not many new volunteers stepping up to take their place.

Spitzer also touched on some things which the Miss SD Foundation have done recently in order to make better use of its resources, including purchasing and installing new sound and lights for the Mueller Center Theater at a cost of $21,000. He said previously, the organization had rented the equipment each year to temporarily install in the Mueller Center Auditorium, for about the same price as it was to purchase it.

With the new lights and sound in place, the 2016 pageant was held in the theater this past year. Despite concerns by some that the space offered too few seats, Spitzer said the two preliminary nights were barely half full and the final night still had some seats available.

When seeking sponsorships recently from larger statewide corporations, as a means to boost scholarship monies, Spitzer said they learned there are some potential large contributors out there who are interested, but most are requiring a larger venue than what Hot Springs can provide, in order for the sponsors to get the most bang for their buck.

Spitzer added that they have received inquiries in the past from other communities to host the event, but had previously, up until this year, not been open to exploring a change in host town.

“We don’t know if a change in venue is the answer or not,” Spitzer said. “But we won’t know until we try. Hot Springs however still has the opportunity to keep it.”

As of right now however, no organization in the community has stepped up to try and keep the event by completing the RFP and sending it back in. So far, Spitzer said they have received a few responses from other communities from all around the state, but would not say who was currently in the running.

In fact, as indicated during the Jan. 16 meeting of the Hot Springs City Council, it appears the City of Hot Springs is already considering how to move on without the pageant.

City Administrator Kim Barbieri said she is working with other agencies in town to organize a meeting later next month to hear how the public would like to see the city expand or alter its current services and facilities – specifically the Evans Plunge and Mueller Civic Center.

“With the idea that Miss South Dakota is now shopping for other alternative locations,” Barbieri said, “I think we have to be smart and start looking at what our opportunities are in that.”

Some of the ideas Barbieri mentioned included more business related aspects like a focus on hosting conferences, or more recreational opportunities, or expanding arts and entertainment.

A discussion about the possibility of submitting an RFP was held recently amongst the City of Hot Springs and the Hot Springs Area Chamber of Commerce. While both sides expressed a desire to want to keep the event in Hot Springs and support the local volunteers involved with the pageant to the same level they have for the past 60-plus years, as of right now, neither side has committed to submitting a formal request on behalf of the town.

Spitzer said that RFPs do not need to be submitted by government bodies or chambers of commerce. He said at least one of the RFPs received from another competing town was submitted on behalf of a group of business owners interested in bringing the event to their community.

The RFP deadline is March 1, 2018. The selected venue will be announced after the crowning of the new Miss South Dakota at the 2018 pageant in Hot Springs on June 16, 2018.