She liked her job and enjoyed seeing friends and community members coming into the store on a regular basis. But one thing that always bothered her terribly was seeing some of her elderly customers coming in who, for a variety of reasons, were so poverty-stricken or incapable of preparing full meals for themselves, that they were forced to buy canned cat food to eat as their own nourishment.

Ever since then, Gossel has tried to make a difference in her community by supporting the elderly meals program. And thanks to her recent effort of helping to organize several Gingerbread Trees in Fall River County, she helped to raise over $1,000 for the local Hot Springs Meals On Wheels program.

According to Western South Dakota’s Meals on Wheels Executive Director George Larson, Gossel personally coordinated five different Gingerbread Trees in the county, where residents could take off a paper ornament and then find an address on the back where they could mail a donation of at least $20 per Gingerbread Man. The effort was done during the recent holiday season at Sonny’s Super Foods, Lynn’s Dakotamart, Pizza Hut, and the two First Interstate Bank branches in Hot Springs and Edgemont. 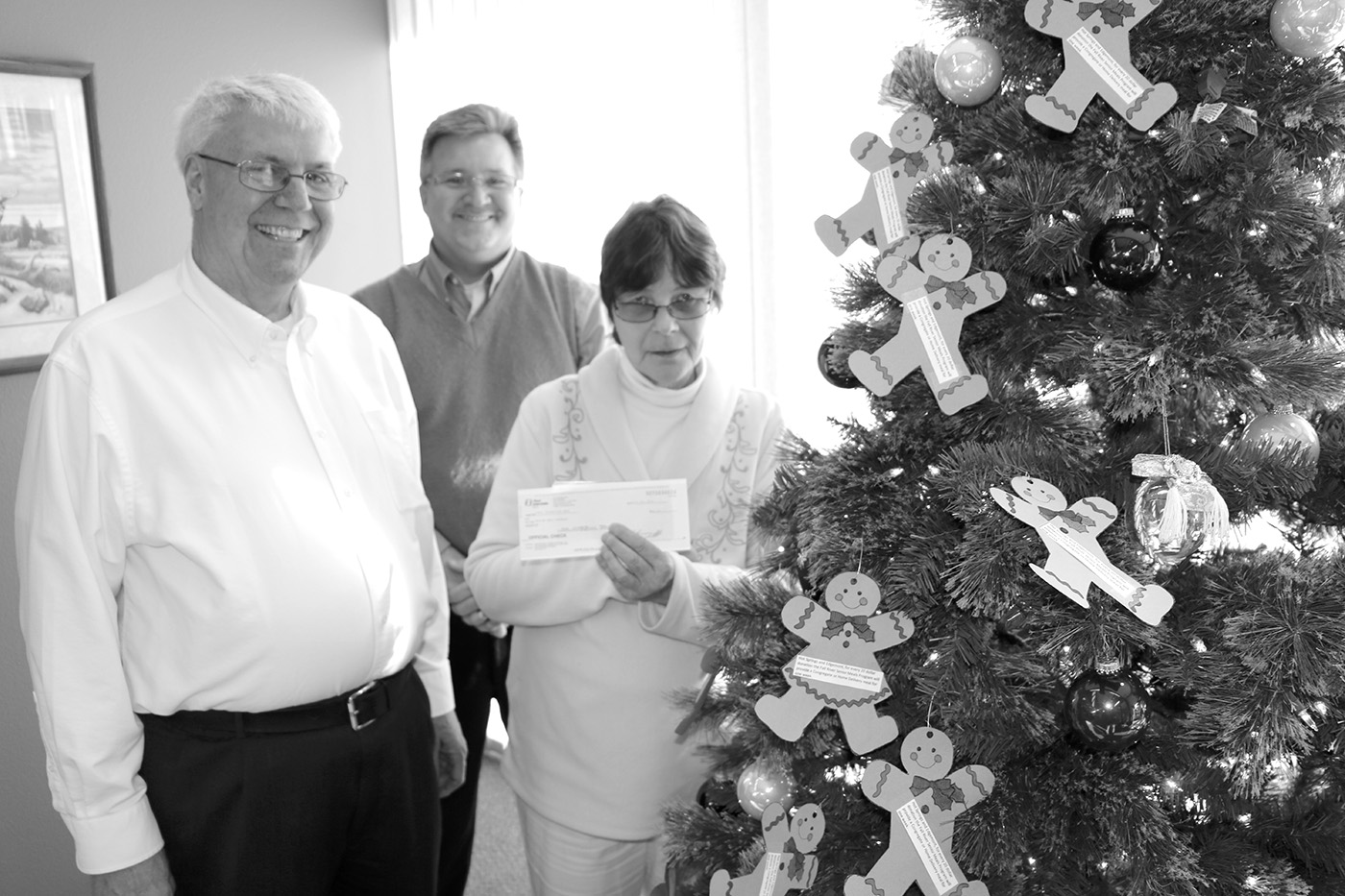 With the funds raised from those five trees, Gossel presented Larson, along with local Meals on Wheels representative Greg Foust, a check totaling $1,012.31, which will purchase a total of 506 meals for participants in the program.

While the concept of the Gingerbread Trees has been around for a while, Larson said, Gossel took it to a new level this year, thanks to her hard work and personal connection for the need of Meals on Wheels.

Larson said, sadly, her story of seeing elderly residents being forced to eat canned cat food as a meal is not unique. It happens far too often across Western South Dakota, which is why he encourages people to donate to the program, to help ensure local residents can have mid-day hot meals delivered to them Monday through Friday. He said the meals program is also available in the evening and on weekends through additional donations and special arrangements.

Funding for the program is all done by donation. Residents need only be 60-years-old to be eligible, with no questions asked.

Foust said, while many of the meals served through the program in the area go to residents of Brookside, Hillcrest and The Evans, 60 percent of the meals are home delivered to the poorest of the poor, and sometimes sickest of the sick. This service then provides a welfare to those individuals, in addition to the delivery of a hot meal.

Fore more information about the program, or if interested in donating funds to pay for meals, contact Western South Dakota Senior Services, Inc., at 605-394-6002.