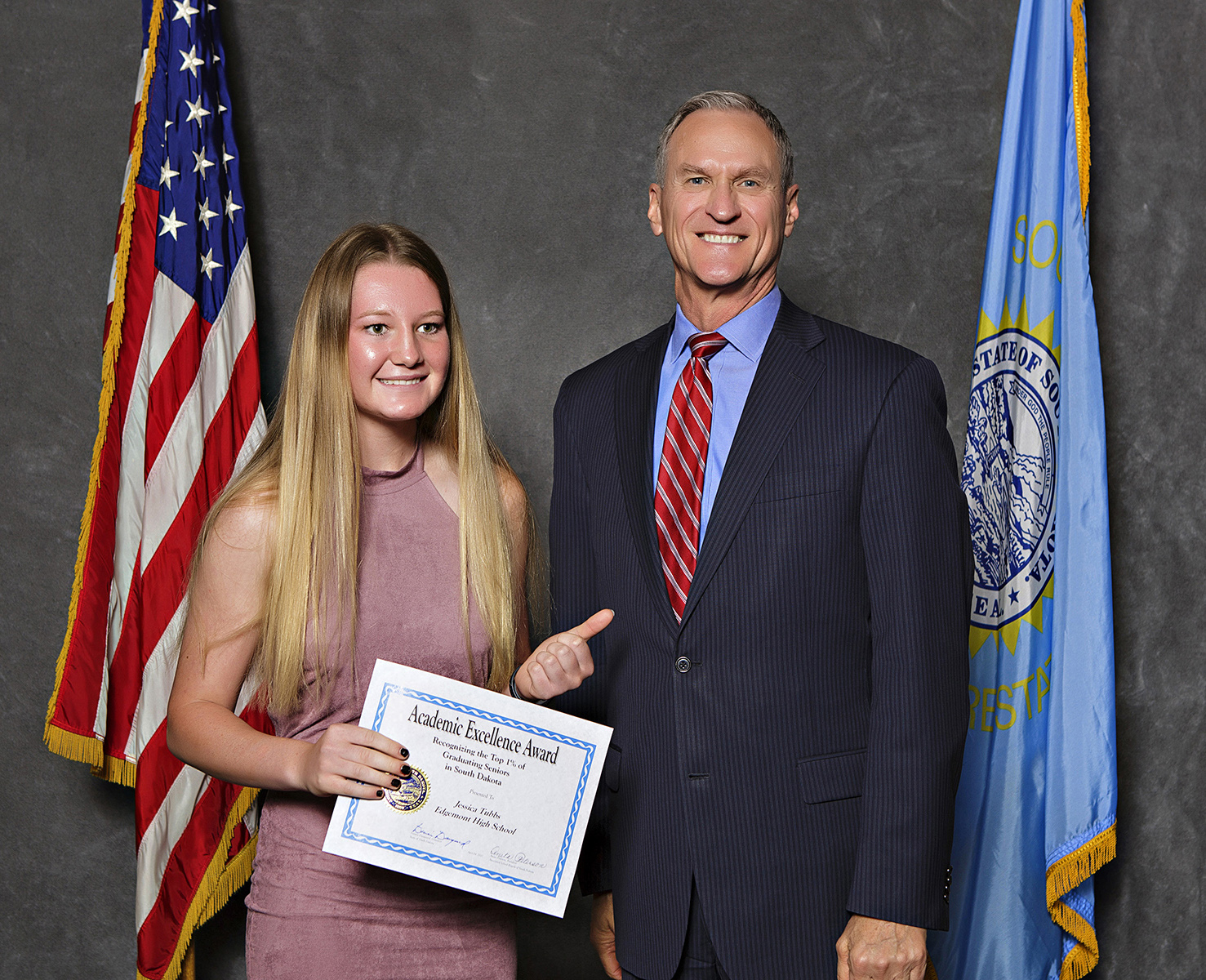 The best and brightest from the Class of 2017 were honored for their academic achievements at the 27th Annual Academic Excellence Banquet in Pierre on Monday (4/24).

In conjunction with Gov. Dennis Daugaard, the Associated School Boards of South Dakota invited more than 200 students, who were identified as the top one percent of their senior class, from the state’s public, private and tribal schools, to celebrate their academic accomplishments.

“These students represent the best and the brightest students in South Dakota,” ASBSD President Anita Peterson said. “They have strived for and accomplished academic excellence.”

“It is a group with untold talent and skill, a group with ideas and creativity abound; a group we hope become the next generation of leaders of our great state.”

“I hope you’ll consider a career right here in South Dakota,” Gov. Daugaard appealed. “Have your dreams and follow them where they may lead, but don’t underestimate the value of what you have here.”

The governor pushed students not to underestimate themselves, either.

“Believe in yourself. Have faith in yourself,” Gov. Daugaard implored. “Almost any path you choose will lead to something you’re successful at.”