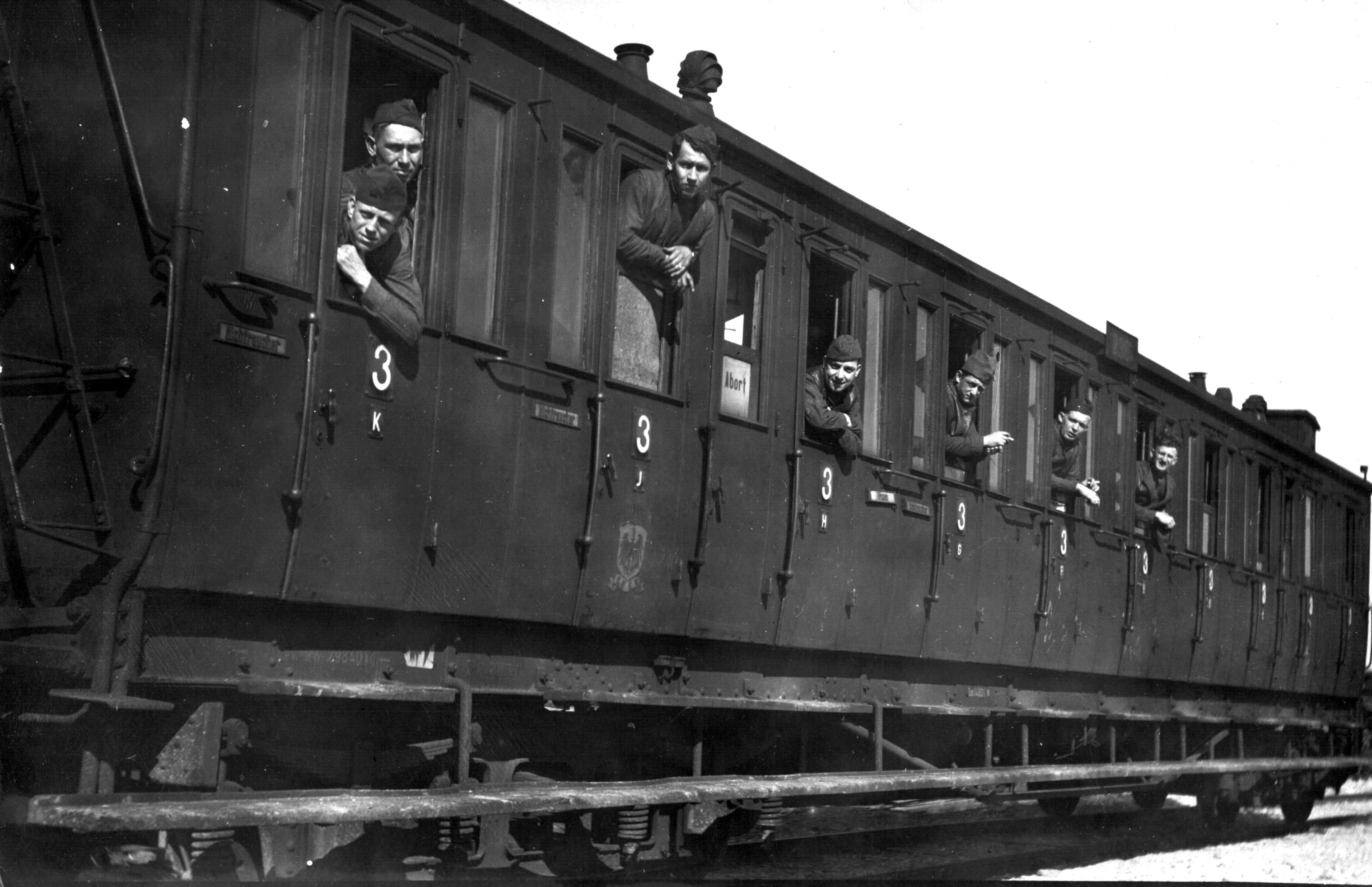 The United States had declared war against Germany on April 6, 1917, committing the country to join the Allied Powers of Great Britain, France, Russia, Italy and Japan in their efforts to defeat the Central Powers of Germany, Austria-Hungary and the Ottoman Empire (Turkey). The Great War had been raging since 1914.

Roth had been working as a carpenter and living with his uncle and aunt at Columbia when he decided to enlist. On April 25, 1917, he boarded the freight train for Aberdeen, where he went to the National Guard recruiting office and signed up. The next day, he was taken by train to Mobridge and transported to the headquarters of Company “L” of the 4th South Dakota infantry regiment. A total of 32,791 soldiers, sailors and marines from South Dakota served in the war, according to the South Dakota Department of Veterans Affairs.

“In the forenoon of April 27, 1917, we were lined up and duly sworn in, thus making us full-fledged soldiers on paper although we were to learn the hard way that it required many, many months of intensive training and drilling on our part, much of it under a broiling sun, to become proficient at soldiering,” Roth wrote in his diary.

The World War I Reminiscence of Ernest Roth is kept in the South Dakota State Historical Society --State Archives manuscript collections. Find it online at www.history.sd.gov/Archives/, by clicking the Digital Archives icon, then selecting the Manuscript Collection and typing in “Ernest Roth.”

Two companies, both of the 4th South Dakota Infantry, were billeted in tents along a railroad siding about two miles northwest of Mobridge at Camp Pontis.

“When we arrived there the only buildings in evidence were the partly completed mess halls,” Roth wrote. “The company kitchens were set up in three or four old boxcars on railroad sidings. I was immediately set to work on the buildings under construction.”

Toward the end of September, rumors were rampant that the companies were going to be sent directly to the battlefields of Europe or to Mexico to prevent the Germans from coming over and entering the United States through Mexico.

“The facts were: the last two days of this month we loaded all the property of the Company as well as our own personal stuff into boxcars and on October 1, 1917, both companies from Camp Pontis entrained for a destination yet unknown,” Roth wrote.

Many people, some from Columbia, turned out to meet the train when it stopped at the Aberdeen depot. Crowds were always on hand to cheer on the troops whenever the train slowed to pass through a town, according to Roth.

The troops’ final destination was Camp Greene near Charlotte, N.C., where they were joined by other units comprising the entire 4th South Dakota regiment. Roth learned that the regiment was to be converted from infantry to machine gun battalions.

“The rank and file of the fellows were quite unhappy with the machine gun assignment as rumor had it that these units were always the first to be ordered into the front lines of combat in actual battle and were consequently referred to as ‘Suicide squads,’” Roth wrote.

Roth arrived at the battlefields in France in January 1918.

In his diary, Roth shared some of his combat experiences. He wrote about meeting a battalion coming from the trenches that had a captain and enlisted men killed, experiencing a chemical weapons attack, marching for hours, walking through knee-deep mud, and preparing to go to the front lines.

By the time World War I ended, more than 9 million soldiers had been killed and 21 million more were wounded. An estimated 10 million civilians had been killed. A total of 554 South Dakotans died overseas who were killed in action or died from wounds, disease or other causes.

Roth returned to the United States in January 1919. After being discharged from the service, he went to Cresco, Iowa, where his father and stepmother lived. He later returned to Columbia and served as postmaster for 23 years. He died in Walla Walla, Wash., on June 7, 1976.