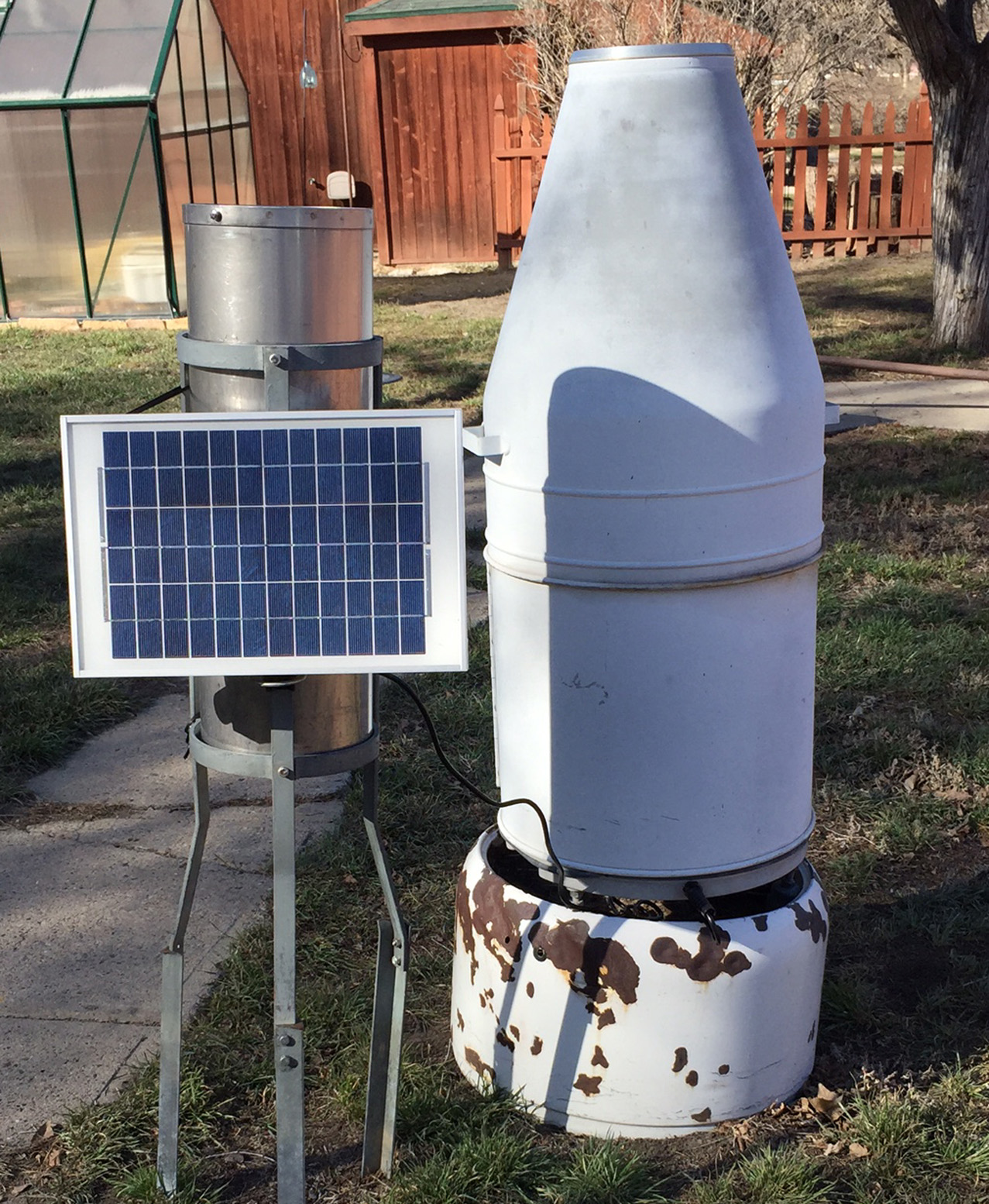 Since the Spring of 2012, Brent and Karen White have been recording and reporting Edgemont City’s weather to the National Oceanic Atmospheric Administration (NOAA) at the U.S. Department of Commerce.

The Whites took over reporting the weather from previous recorder, Bill Curran who had held the position for several years. In conversations with Curran the Whites learned that the station was in need of a new home, closer to the inside of Edgemont to gain a more accurate reading of the weather. In the hope that they could provide for the need, the Whites willingly accepted the task.

In the last four years the Whites have learned how vastly different the weather is in Edgemont, compared to the surrounding towns. “Edgemont is down in a valley so the weather here is completely different from what it is up in the hills” said White “The biggest surprise would have to be how dry the climate is here in Edgemont.”

To gain a true report of Edgemont’s weather and climate NOAA supplied the Whites with a weather reporting station. The station has a solar panel, metal cylinder to collect rain water or/and snow, a metal housing for the electronic board, and a wireless sub-station. The substation uses wireless communications to transmit recordings to an inside device.  Each morning at or before 7:00 a.m. the Whites check the station and record the weather from the previous day. “It is not a hard task but, it is a daily commitment”, White mentioned. Weekly, the Whites will compile the recordings and send them into the local press. Monthly, the recordings are sent in to NOAA. Records are taken from a flash drive that is housed inside the weather station near the electronic board.

The Whites have enjoyed their time as Edgemont’s weather recorders but are now looking to pass the opportunity to another willing citizen. There is a great pride in providing such a necessity for the community.

For more information on this opportunity please contact Brent or Karen White at their local business, The Gun Vault, phone number: (605)662-7468.

The Whites have owned The Gun Vault since 2012, services provided are Gunsmithing, the sell of guns and ammo, etc. The Whites also own, Double Tap which was purchased in April of 2014 to help boost the local economy and provide a place of gathering. Double Tap offers both a firearm and an archery simulator; an archery range; self defense, gun, and survival classes; also the building can be rented out for different events ranging from birthday parties to quilting retreats.