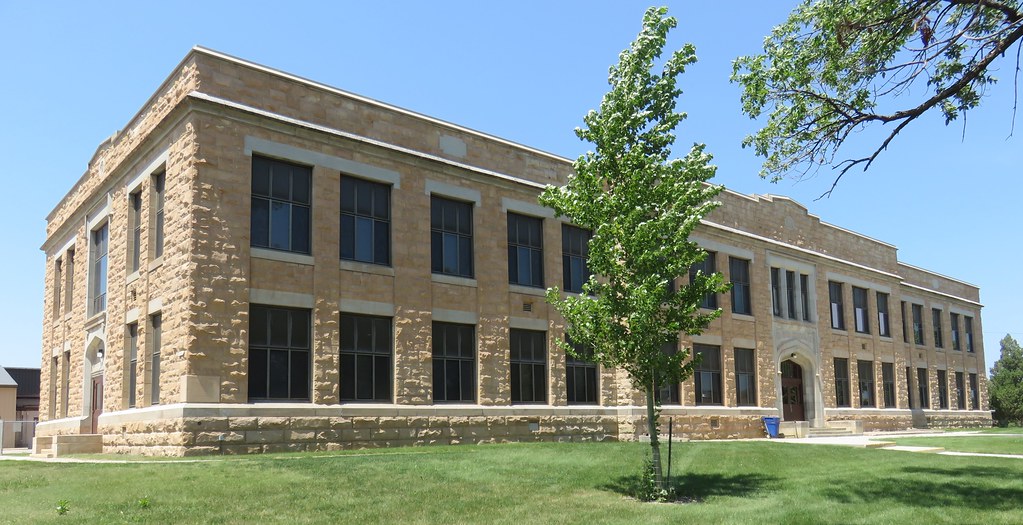 HOT SPRINGS – A lesson that was taught by a guidance counselor to their elementary school-aged children brought a group of concerned parents to the Hot Springs School Board meeting on Monday, Jan. 9, where they spoke during Public Participation and asked the board to reprimand the counselor and apologize to the students.

Angie Knepel, one of the three parents who spoke, said her nine-year-old daughter told her that she had done a “privilege walk” in one of her classes before the Christmas break. When Knepel asked her to explain what that was, her daughter said that she and her classmates were told to line up in the library and were then asked a series of questions, and depending on how they answered the questions, they would then either move forward or stand still.

“How does your nine-year-old know these answers?” Knepel asked, as she also described how she and her daughter’s father have been separated for five years, but are not legally divorced. “My children don’t know this ...Why is she being asked this? Why is she being put in this situation?”

Another parent, Cortney Hall, described a similar conversation she had with a Hot Springs Elementary student who had told her that the guidance counselor had been showing videos about racism which were followed by “games,” which involved lining up and then either moving forward or standing still depending on their answers to questions about their family dynamic. Hall said the young female student describing the exercise to her was visibly upset by the situation.

Prior to Knepel and Hall speaking, and in response to another concerned parent asking similar questions about the exercise performed by the guidance counselor, Superintendent Dennis Fischer addressed their concerns and said that particular lesson was taught without the knowledge or approval of her supervisor. Fischer said however that once they became aware of the situation, a meeting was held with the guidance counselor and steps were taken to require prior approval of any lessons plans that fall outside of the scope of the school’s adopted Character Counts curriculum, which was the case of the so-called “privilege walk,” as that was not part of the approved program.

Supt. Fischer went on to describe how the South Dakota Department of Education requires all school districts to adopt a character-building curriculum. He said the Hot Springs School District selected the Character Counts program (www.charactercounts.org), because they felt it best aligned with the values of the Hot Springs community. The “six pillars” of the Character Counts curriculum are Trustworthiness, Respect, Responsibility, Fairness, Caring and Citizenship.

And while it is acceptable for the guidance counselor, and the other classroom teachers, to sometimes perform lessons outside of the normal curriculum of the Character Counts program, Fischer said he felt the guidance counselor missed the mark by teaching a lesson about “privilege,” since that is a phrase which the district does not promote, as it tends to align students vertically rather than horizontally, he said. Fischer went on to say that other lessons about “gratitude” or “forgiveness” could have been taught instead, especially just prior to the Christmas break.

Despite being pressured by the parents to further reprimand the guidance counselor, Supt. Fischer did not go into any further detail about the steps that the administration had taken, as it was a personnel matter and that they were comfortable with how the discussion went with the guidance counselor and were confident that there would not be any further issues moving forward.

Towards the end of the scheduled board meeting agenda, during the Administrator Remarks, the board members asked Elementary Principal Abby Karn what grades had heard the so-called “privilege” lesson from the guidance counselor. She said it was taught to third, fourth and fifth grade students, and possibly some second graders as well. Karn also said that she had previously assured the concerned parents that the lesson was not part of Character Counts and would not have been approved to be taught, had the new pre-approval protocols been in place at the time.

Secondary School Assistant Principal Acacia Trevillyan said she was familiar with the particular lesson that was taught to the elementary students, but agreed that it was not age-appropriate and is typically performed with adults, with whom it can be a powerful lesson, she said.

In a follow-up with Supt. Fischer after the meeting, he shared the following comments.

“We appreciate the concerns the parents brought forth,” Fischer said. “We try to stay away from political and hot button issues and our adopted curriculum reflects that at the school and state levels. We focus on our mission which is Work, Learn, Achieve, Celebrate. We believe that if our students develop a strong Work ethic and respect for Learning, they truly will have a myriad of opportunities for Achievement in their lifetime. Our required character curriculum, Character Counts, is a part of that and supports our students being successful personally and in school. When our educators deviate from that curriculum, we need to completely understand that it needs to match our parents’, our community’s and our state’s expectations. All of our Character Counts lessons are about growing student character and bringing all students together. Lessons that involve difficult questions and ultimately has students trying to understand ‘haves’ and ‘have-nots’ is not a part of that curriculum and not what elementary students should be concerned with.”

Since the news article about the Jan. 9 school board meeting was published in the print edition of the Jan. 19 Fall River County Herald-Star, considerable public comment has been shared through social media and other public platformss. In response to the feedback that the school received from the article, the Hot Springs School District (HSSD) posted a letter of response from Elementary Principal Abby Karn on their Facebook page on Sunday, Jan. 22, which addressed the incident from the previous month.

In the post on the school’s Facebook page, Principal Karn shared a letter of apology and explanation from Hot Springs K-8 Counselor Brittany Pieke, M. Ed. NCC, who was not identified by name in the newspaper article, but is the school’s staff member who taught the lesson.

Following is the quoted letter from Ms. Pieke, addressed to the K-5 Bison Parents and Families:

“I am writing you today to express my sincere apologies for the December elementary guidance lessons over Fairness. Each month, we cover a new pillar of Character Counts Curriculum to encourage personal development of our youth. During this lesson, against better judgement, I deviated away from the curriculum provided and talked about different aspects of life that are not fair with an intent to encourage students to use empathy and understanding towards others.

“The administrators nor the school board had no knowledge of my lesson, and I failed to seek approval and guidance from them on how to go about approaching such a sensitive topic. My lesson was not a reflection of Character Counts Curriculum, Hot Springs School District, Administrators or Hot Springs School Board. As I reflect, I can understand how my approach and delivery for this lesson was inappropriate on many levels. I understand and take blame for my actions.”

Also included in the post were comments from Principal Karn who described how she plans to ensure more accountability and transparency with the school’s Character Counts curriculum, that was adopted by the school board and to be carried out by the staff.

Included in her list of new procedures were the following:

• Controversial issues must first obtain the endorsement of the principal as stated in Board Policy INB.

• Selection of developmentally appropriate videos will be viewed by the principal prior to showing to students.

• Staff will utilize lessons from the Character Counts website or Zones of Regulation to address character development and social, emotional, learning.

• Videos will be shared on ClassDojo and website for the pillar that is being presented each month.

Principal Karn also shared her thoughts on how the guidance counselor has had a positive impact in the elementary school since coming to the district at the beginning of the 2022-23 school.

“Ms. Pieke is a great addition to our district this year as she helps to continue to build our counseling program to help address student needs,” Karn stated in the Facebook post. “She builds strong relationships with students and staff to address the many struggling issues that face youth today and helps to provide tools and strategies that will help them in the day-to-day challenges they face in the classroom as well as the community.

“Despite her error in judgement of this lesson, I believe she has learned from the situation and will seek guidance in the future from administration. If you have any questions or want further clarification, please contact me via e-mail, phone, or meeting. Together we help students reach the district’s mission of Work, Learn, Achieve and Celebrate.”