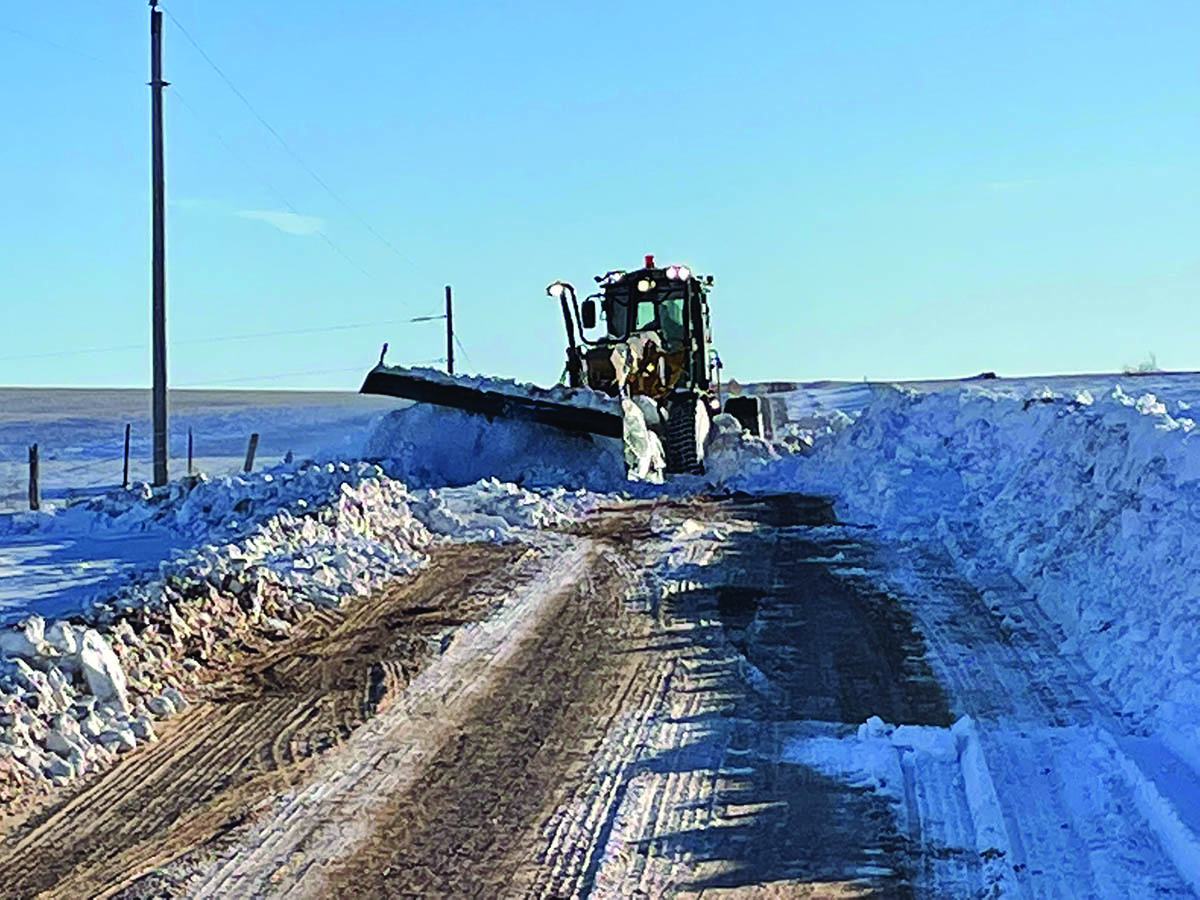 HOT SPRINGS – Last month’s storms dropped heavy snowfall and blowing drifts in many areas of Fall River County with the Oelrichs area receiving the brunt of the storm.

“In Oelrichs, the snow was blowing so hard, what we plowed blew right back in and made it deeper,” said Randy Seiler, Fall River County Highway Superintendent.

According to Seiler, the average storm would require one or two people manning a truck or grader, yet this past storm was quite different.

“I had three trucks and four graders down in that area,” said Seller. The only piece of equipment not in use in the county was one truck from Edgemont.

It’s been years since Seiler has seen a storm of this caliber.

“I’ve been in a lot of storms, they are all different, but with the wind and the cold we took it one day at a time.”

Though a no travel advisory was in effect it was not heeded by some motorists.

“People were still out trying to take short cuts because the highways were blocked,” said Seller. “But they see on their phones that there is another road and they think they can go down that one. We pulled quite a few people out. Most stuck in the middle of the road and couldn’t go anywhere and with no shovel. But thankfully no one got hurt.”

Seiler is thankful for those who abided by the no travel advisory and as the roads under his care are lush with farmland he was grateful for the ranchers too. “Most of the farmers and ranchers were very understanding,” said Seiler, “they were staying home and taking care of their cattle.”

The storm was an initiation by snow for many of Seiler’s crew.

“A lot of new ones that haven’t really plowed snow before and I think they did a really good job.”

While his crew proved they can handle the job, Seiler’s advice to folks is if there is a no travel advisory, “Stay put.”