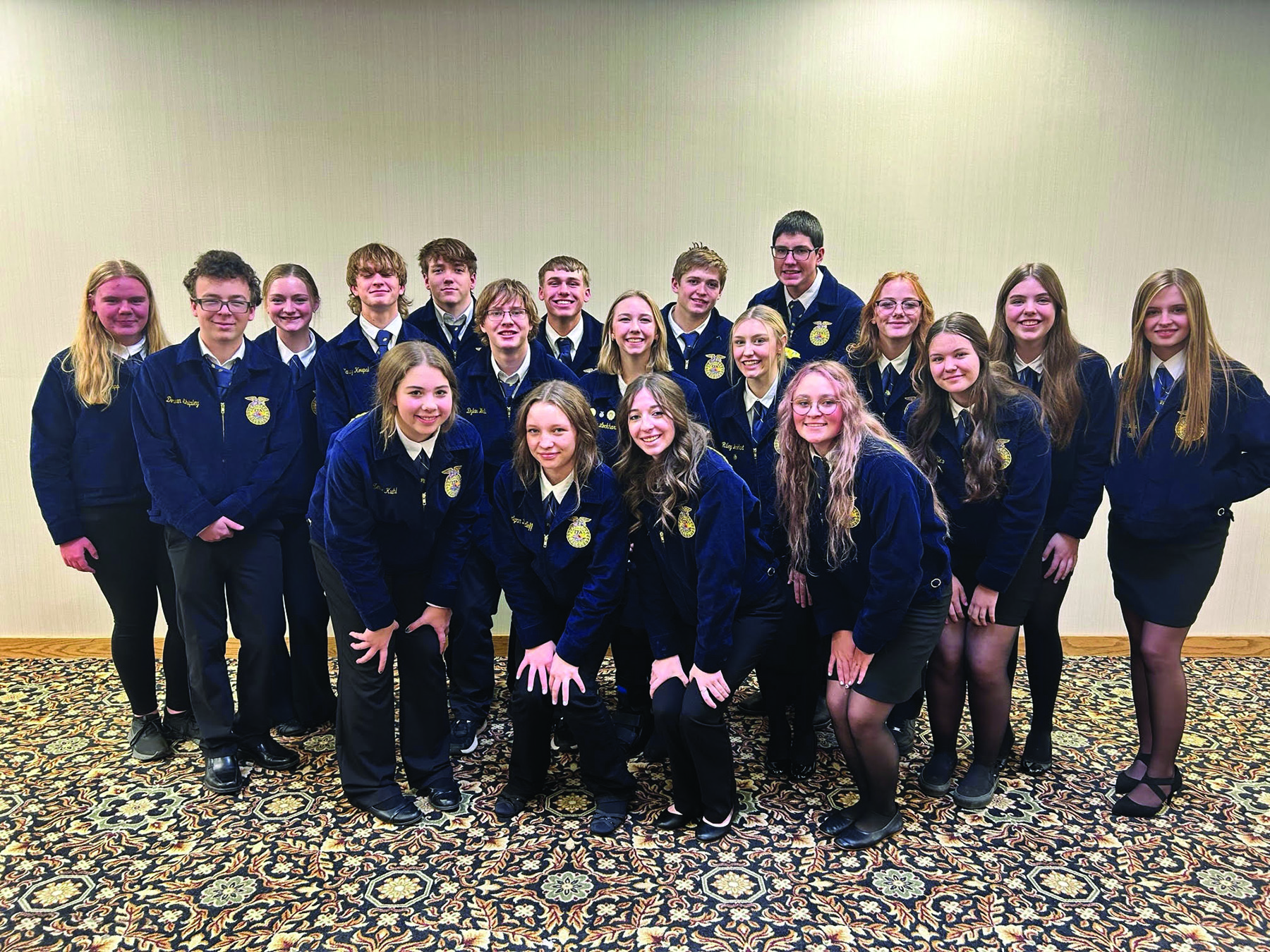 Members of the Hot Springs FFA pose for a photo during the recent South Dakota State Leadership Development Event competitions on Dec. 4-5 in Pierre.

PIERRE – The Hot Springs FFA Chapter competed in the South Dakota State Leadership Development Event competitions on Dec. 4-5 in Pierre. Hot Springs had 21 students qualify for the state level contest by placing in the top-two teams at their district competition or top-three individual in individual events.

South Dakota FFA has seven districts with 101 total FFA chapters throughout the State. Hot Springs teams competed at districts and qualified for the state level contest in the following events:

In individual event, Zetta Kuhl was the State Creed Speaking champion and will represent the Hot Springs chapter and State at the National level contest in October of 2023.

Sydney Lockhart also received reserve champion in Extemporaneous Speaking and is the national alternate for the convention in October of 2023.