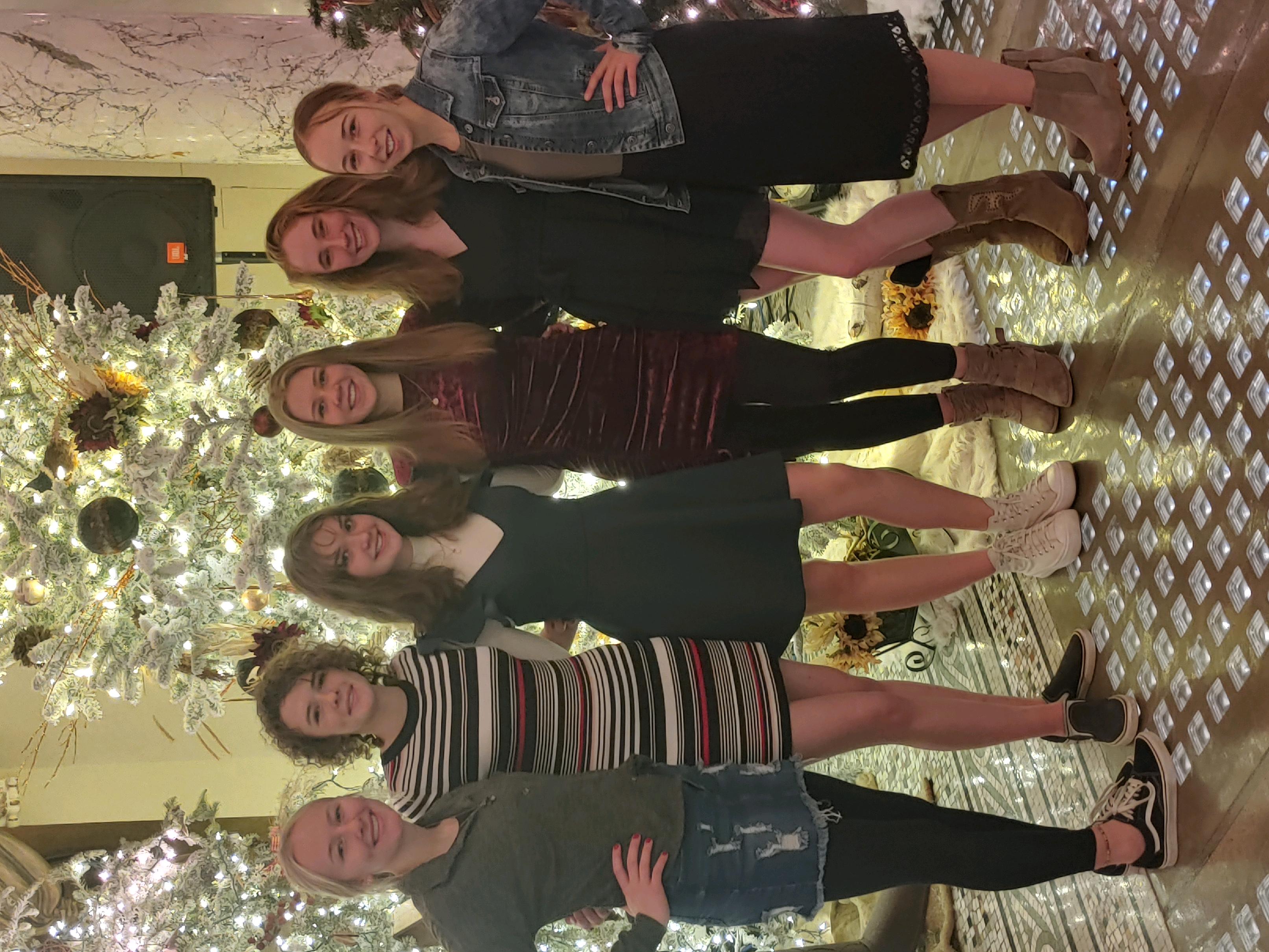 PIERRE – The Edgemont Band and Choir braved the chilly weather and headed to the State Capitol in Pierre to perform a medley of Christmas songs in the decorated rotunda on Monday, Dec. 12.

After the students toured the capitol and admired the decorations, they performed in front of the largest of the Christmas trees. Singing a medley of six songs, the Edgemont Choir dazzled the Capitol staff and visitors. The songs included holiday classics like “Carol the Bells,” “All Alone Beneath the Mistle Toe,” and “Winter Wonderland.” The Edgemont Band followed by playing three songs including “A Charlie Brown Christmas,” then “Christmas A La Big Band,” and “Celtic Carol.”

This year was unique in that the students got to interact with Governor Krisit Noem and take photos with her. Noem’s schedule often doesn’t allow her to see every group that visits so the students were excited to get to see her in person. The Edgemont Band and Choir was even featured on her official Facebook and Instagram accounts.

Antje Rendon, a current senior, has gone to the capital every year that she’s been able to attend. According to Rendon, “This is my third time going to the Capital because we couldn’t do it my sophomore year due to Covid. This made this year all the more special and we even got to meet Governor Noem!”

The students not only performed in Pierre but also toured the capitol. Hollenbeck has been taking students to the State Capitol to perform at Christmas since 2010. Hollenbeck and her students have attended every year except for during the height of Covid and one year due to bad weather. Every year brings a different twist to the experience.

Junior student, Addie Neville, stated, “Being able to experience the Capital and seeing where big things happen was really cool.” This year’s blizzard-like trek will be etched into the students’ memories.

Edgemont sophomore, Kenjamin Miller, stated, “I had fun having an adventure through the Capitol. It was also an adventure battling the weather on the way home, but we made it.”

Despite the cold exterior, the students were met with a warm reception at the Capitol and were glad for it. Ultimately, performing at the Capitol has become a holiday Edgemont School tradition and it helps to usher in the holiday spirit back to Edgemont each year.