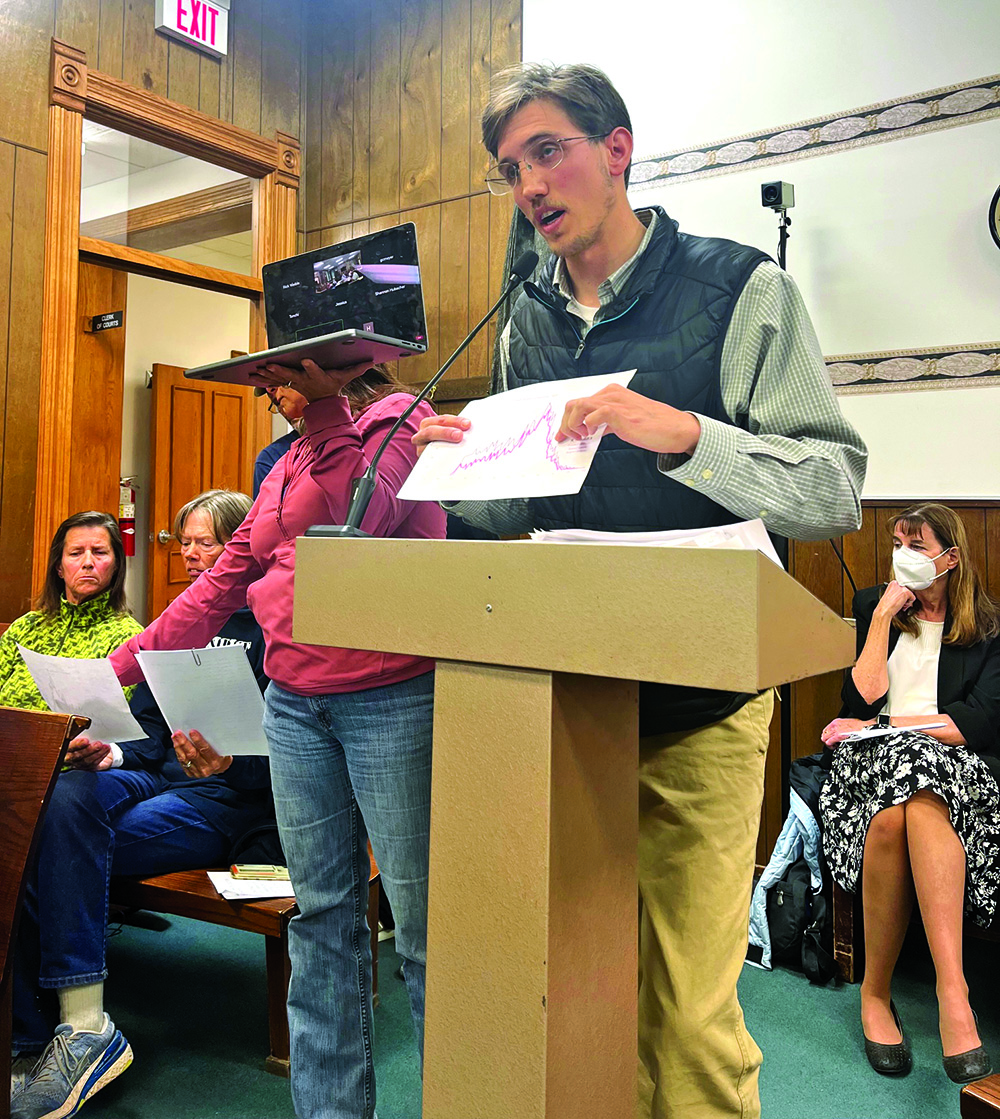 HOT SPRINGS – Fall River County Commissioners voted 3 to 2 to continue with electronic tabulators for the upcoming Nov. 8 election, but will also hand-count a handful of precincts, as a means to test the accuracy of the tabulators.

The motion to do so was made by Commissioner Heath Greenough and supported by both Les Cope and Joe Falkenburg. Voting in opposition were both Joe Allen and Deb Russell, who supported the idea of only using the electronic tabulators on Nov. 8 without the additional hand counting at this time.

Prior to casting their votes at the end of last week’s Oct. 20 meeting, each commissioner shared their thoughts after hearing input from numerous members of the public. Both Greenough and Cope said they would be in favor of ensuring the machine tabulators were accurate by double-checking the results with hand counting. Allen and Falkenburg said they also supported hand counting, but for this election, they didn’t feel there was enough time to find the volunteers and make all the arrangements. Falkenburg urged those attendance who supported hand counting to go to the state legislature and push for change at the state level for the next election. Russell opposed hand counting due to previous tests of the process showing that hand counting proved less accurate than machine counting.

Matthew Monfore of Oral has led a group of concerned citizens who recently asked the Fall River County Commission to move to hand counting election ballots, citing concerns about the accuracy of electronic counting and the possibility that outside forces are manipulating the results of elections through technology.

Prior to introducing a security expert to the commission via teleconference, Monfore took a sharp tone and accused both the County Commission and County Auditor Sue Ganje of being “brainwashed” by the S.D. Secretary of State’s Office and the state’s election machine vendor Election Systems & Software (ES&S), who have maintained that the machines are accurate.

“For 200 years we counted by hand,” Monfore told the commission last Thursday. “Have we as Americans become so fat, and so lax and so lazy, that we will not take control of our elections again and reserve to Omaha, Nebraska’s company ES&S? It’s time to wake up America. We are sick and tired of all the run arounds and echo chambers.”

Monfore then held up a laptop computer through which Rick Weible with D3 Security joined the meeting remotely. Weible went through a list of ‘yes/no’ questions which he said would help the commissioners determine if the possibility of problems existed with their current election procedures. He then described how quarter-sized modems were discovered in some electronic voting tabulators in another state. Without the proper procedures in place to double-check the possibility of inaccurate results, Weible described the current process of counting ballots as “driving a high-performance sports car blindfolded.”

Given the possibility of manipulated election results, according to Weible, he asked the Fall River County Commission to “course correct for this election” and go to hand counting until the state legislature could change the process for all future elections across the state.

Among the other local residents who spoke in favor of using hand counting for the upcoming Nov. 8 election included Kim Allen of Oral. She also identified a second concern regarding the need to clean up the current voter rolls and to eliminate names of people no longer living in the county. She said the voter roll issue is one that will take time to correct, but the machine tabulator issue is one that can be addressed right now with action by the county commission.

Allen then described how electronic tabulators used by Fall River County are set up through the use of an electronic thumb drive that is sent to the Auditor’s office from the machine vendor ES&S, which allows the machine to recognize the official paper ballot and then count the votes on it.

“Essentially, I see that as, our elections are being run by somebody in Omaha, Nebraska!” Allen said. “I don’t know who that is programming that. Ya’ll don’t know. These girls don’t know. That’s out of our league. With a hand count, even if it’s done side-by-side with a tabulator, we will know, that at least in Fall River County, we are on track and on target.”

Audience members, including Monfore, said that tests do not show an accurate picture of the possibility of manipulation, as a single line of code transmitted on the election day can completely change the results of an election. He called the county’s test a “charade.”

Dusty Pence spoke in support of doing both electronic tabulation and hand counting to ensure accuracy. “Doing both makes the most sense,” she said.

Paul Nabholz said he was in support of hand counting as well, because he “trusts people more than he does machines.”

Jane Farrell opposed the conspiracy argument supporting hand counting and says it “Throws doubt on the election process,” and she is tired of hearing about allegations of fraud without facts. “I strongly urge you to not listen to these voices that want to throw our democracy into despair.”

During the discussion of the possibility of hand counting being done in Fall River County, it was pointed out that the Tripp County Commission did vote to do hand counting this year, despite it being opposed by the Tripp County Auditor. They are the only known county in the state which has decided to make the change away from the use of electronic tabulators for the upcoming election.