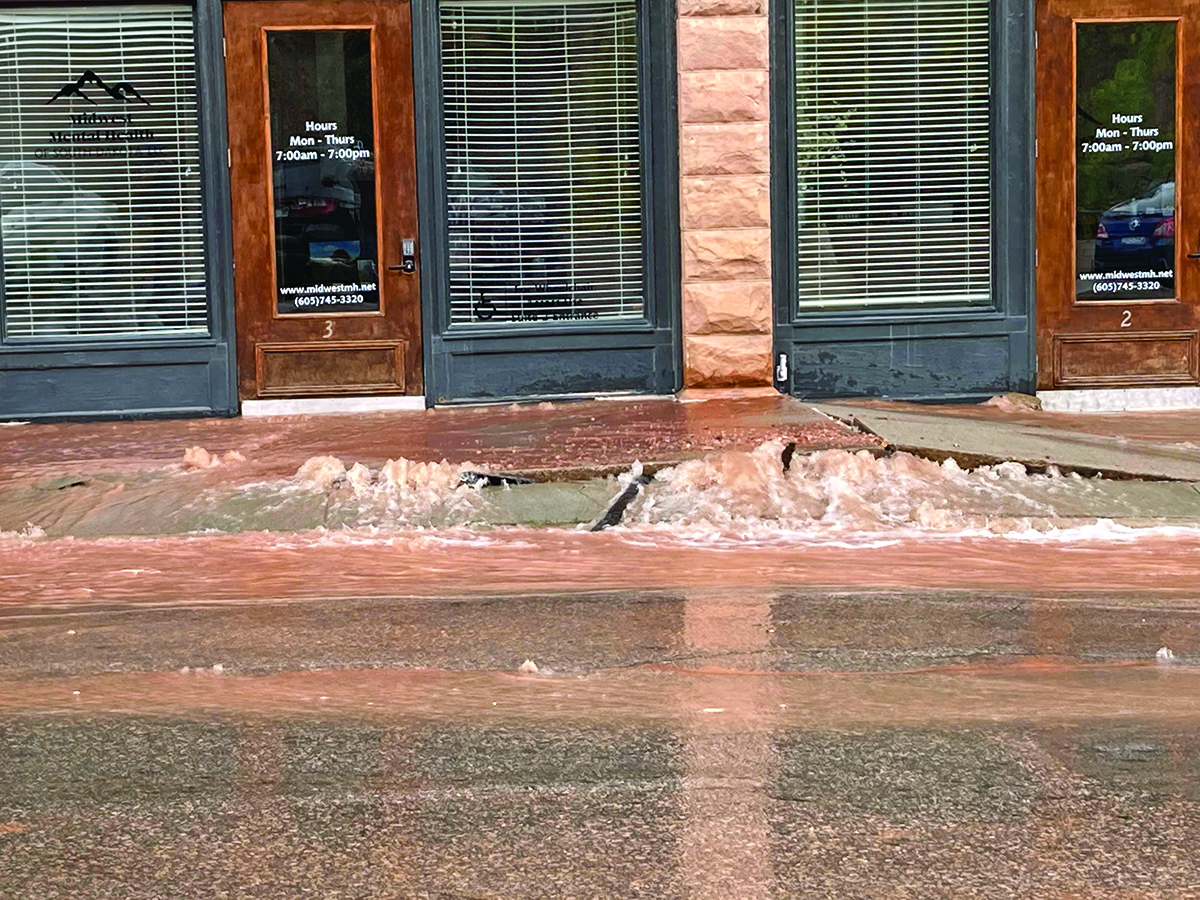 HOT SPRINGS – Yet another water break occurred in downtown Hot Springs last month due to severe corrosion of the ductile iron pipe, according to City Engineer Tracy Bastian, who says much of the 16-inch pipe has deteriorated to being nearly paper-thin in some areas.

“The replacement of this pipe can’t happen soon enough,” Bastian said on Monday, in reference to a plan to begin replacing the water lines on North River as soon as next week, in conjunction with the ongoing Hwy. 385 urban reconstruction.

The most recent water break occurred this past Sunday, Oct. 23, at around 11 a.m., directly in front of the Midwest Mental Health clinic. at 505 N. River Street. Despite the water pipe being located a few feet off of the curb and under the highway, water exploded upwards and ruptured the nearby sidewalk. Bastian said it’s the fifth break in less than three years along this downtown line, with the previous one occurring only about three months ago, just two blocks away, at 309 N. River Street.

With having to deal with so many ongoing water break problems – not only downtown but in many other parts of town as well – Bastian said city crews have the process down pretty well. In this case, he said the water was shut off rather quickly which resulted in less water loss in comparison to some other breaks.

He said crews began cutting pavement at about 12:30 p.m., had the road excavated by 1 p.m., the pipe exposed by 3 p.m. and repaired by around 7 p.m. After some flushing of the lines and some back fill, crews were completed with the job by around 8 p.m., for a total of nine hours of work.

While the only part of town without any water during the ordeal were the businesses on North River Street between Minnekahta and Jennings Avenue, Bastian said there were likely several downtown residential customers who experienced intermittent issues, with little to no water pressure.

Work began earlier this week to begin tearing up the northbound lane of Noth River Street in order to begin replacing all of the water lines there. While construction is ongoing throughout the remainder of this year, there will not be parking available on North River Street. Patrons wanting to access the businesses along the street can park in Centennial Park or on nearby Jennings Avenue.