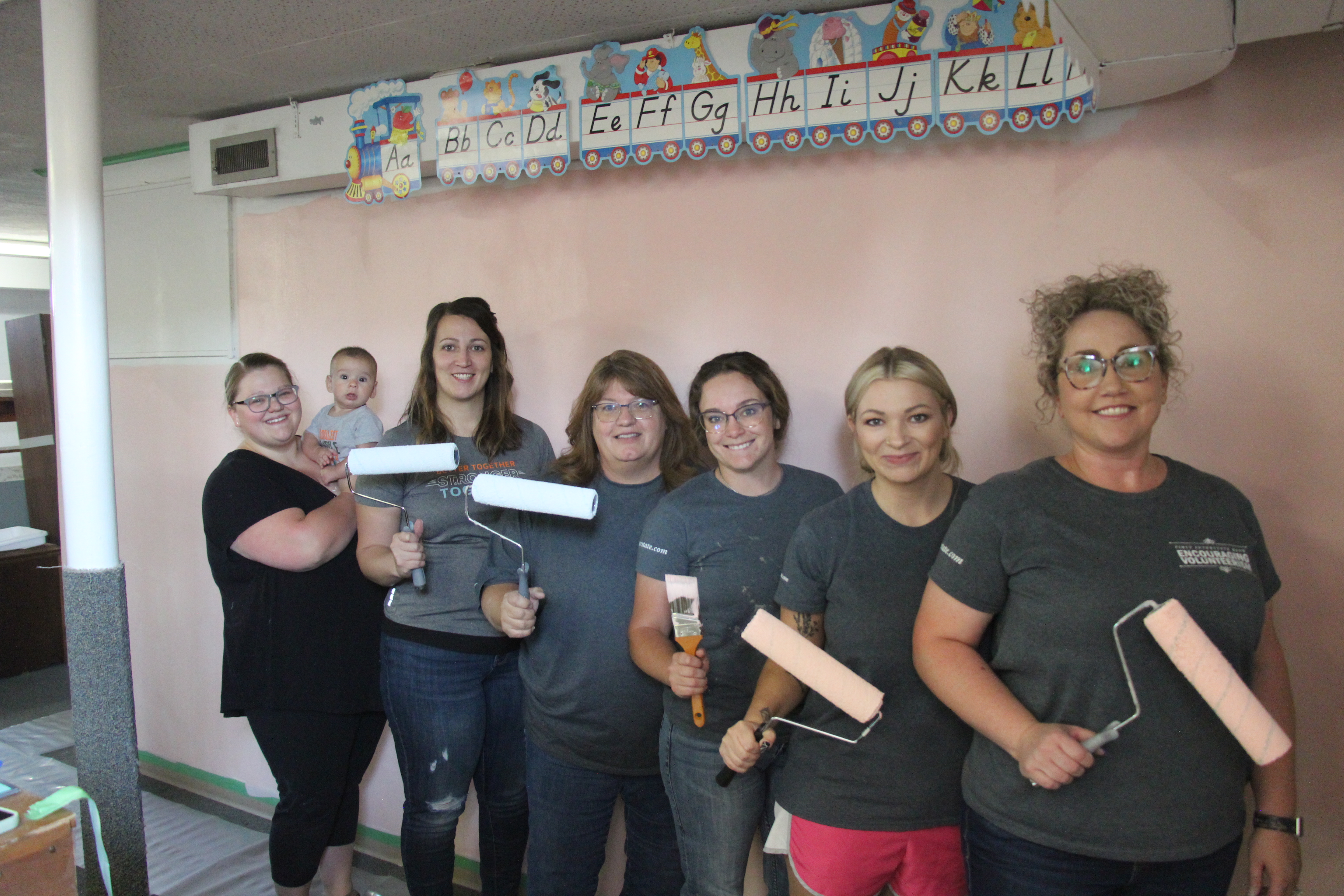 EDGEMONT – In an effort to give back to the communities it serves, First Interstate Bank, a community bank with more than 300 branches across 14 states, held its fifth annual Volunteer Day on Wednesday, Sept. 14. First Interstate locations closed at noon, and the bank’s employees were given paid time to volunteer on nearly 400 separate service projects in its communities.

“This day concentrates and magnifies the efforts of our wonderful employees, who give generously to the places where they live and work,” said Kevin Riley, President and CEO of First Interstate BancSystem, Inc. “We are honored to celebrate the power of community with our neighbors today.”

The overarching philanthropic focus for this year’s Volunteer Day was directed at combating poverty, hunger, and homelessness. However, employees were empowered to select service projects that they felt catered to the specific needs of their communities. Employees at the Edgemont branch donated their time to painting and spreading mulch at the Edgemont Children’s Center at the Lutheran Church.

Each Edgemont branch employee offered a unique perspective on the opportunity to give back to their community.

“Being able to give back to something that means so much to the community is so rewarding,” said Stasha Bean. “For me, having a child that attends the Edgemont Children’s Center-Preschool and knowing that he and the other students now have a freshly-painted place to learn and grow is a blessing.”

“To me, it felt very fulfilling to be able to help out our community,” added Bre Lackey. “After we were done and accomplished the task at hand, I pictured how the kids would react to seeing the new colorful, inviting preschool.”

Connie Gerard’s response spoke to the warm feeling that volunteerism brings to those that give of themselves to a cause. “Knowing that we helped create a better learning environment for the children in our community makes me smile,” she said.

Mykelsi Still had an eye toward tomorrow with her takeaway from the experience. “To me, it was about giving back to the community and giving the kids a happy place to learn,” she said. “They are the future of our community so it is important we invest in them early.”

Jessica Van Eaton gave a nod to First Interstate Bank for giving its employees the chance to make a difference on one afternoon in the places they live and work. “The idea that every First Interstate Bank branch in the country, which is around 400, closes for one afternoon per year to give back to their local community is an amazing opportunity for us as employees,” said Van Eaton. “The teachers at the Edgemont Children’s Center would have had to do the project themselves and were so grateful we were able to help! We appreciate them giving us the opportunity.”

First Interestate Bank employees in Hot Springs also took part in Volunteer Day by teaching a “Safe Banking for Seniors” class at the Springs Senior Center, which helped participants learn how to spot and protect themselves from banking fraud.