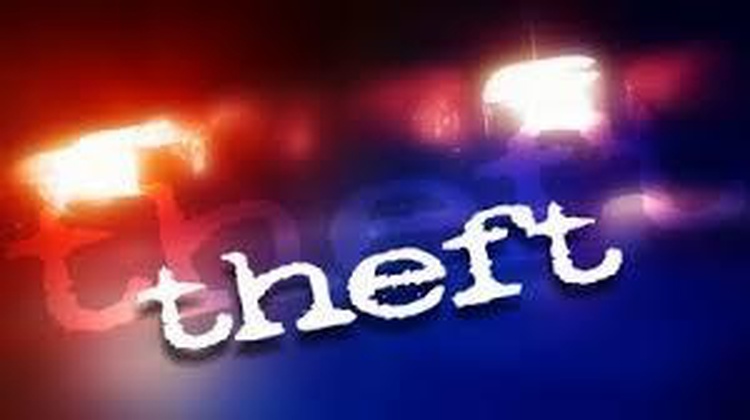 HOT SPRINGS – Area law enforcement agencies have been dealing with a rash of thefts over the past few weeks, including several storage unit break-ins and stolen vehicles.

Hot Springs Police Chief Ross Norton said last week that multiple units at three different Hot Springs storage facilties have had padlocks cut and items stolen recently, but they do have one person in custody and another who is currently a fugitive, but has a warrant out for his arrest. Both are males who have been living in Hot Springs, aged 50 and 39.

Chief Norton said the Hot Springs Police Department was able to make the arrest following information gained after a traffic stop, which led to additional information and a search warrant linking the burglaries to the individuals. Norton said the items that were stolen included anything that had immediate value to be resold, including tools, jewelry, televisions, stereos and guns. He said it’s believed that the suspects immediately tried to sell the stolen items, sometimes just on the side of the road or in yard sales.

Norton said that additional nighttime patrols were made by officers in and around the town’s various storage facilities after the thefts began a few months ago, and it’s believed that did help reduce the number of incidents. However, Norton said said that the burglaries may have been occurring during the middle of the day, when the appearance of a vehicle parked at a storage unit would appear to be less suspicious.

He added that the department has recovered a number of items which they believe to be stolen – including a pistol – but because many of the things which people put into storage units are not properly recorded or cataloged by the owners, it’s oftentimes difficult to know. Norton said he highly recommends that anyone who puts things into a storage unit also document serial numbers or take photos of the items to help law enforcement return the items to them.

Norton said he also recommends people spend the few extra dollars to use a storage unit padlock which are more difficult for burglars to cut and access the units.

In addition to numerous smaller items taken from the storage units, a couple of much larger items have also recently disappeared from a rural Fall River County storage facility.

According to the Fall River County Sheriff’s Department, on August 5, a Fall River County Deputy was dispatched to an area storage facility to take a report of a stolen camper. Sometime in the previous days a 2005 Keystone Camper was stolen from the property.

Then, on August 31, another call was received from a different individual reporting that their 2021 Coachman Catalina was also stolen from another storage facility. A Deputy responded and spoke with the Registered Owner who advised the camper had last been used and then taken to a storage facility the weekend of July 31.

Both campers have been listed as stolen and are entered into National Crime Information Center (NCIC). These are both active investigation and currently there are no suspects.

In addition to the stolen campers, area law enforcement were also involved recently with some stolen vehicles.

In the early morning hours of Monday, Aug. 29, a report was received by the Fall River Dispatch about a suspicious vehicle at Brookside Apartments. The caller advised that individuals appeared to be “scoping out” cars before they abandoned the pickup truck they were in and left in a van. Upon arrival of the Hot Springs Police Officer, a white 2015 GMC Sierra was located. It was identified as not only being stolen out of Spearfish, but had also been involved in a hit and run with a Semi tractor trailer at the Hot Springs Coffee Cup approximately half an hour prior to being abandoned at Brookside.

After further investigation and reviewing surveillance video, six individuals who had not been identified, were in the truck when it left the Coffee Cup Travel Plaza.

The Fall River County Sheriff’s Office was notified that the vehicle was involved in a pursuit across the three counties in Texas. Six juveniles that had been reported missing from the Northern Black Hills, were taken into custody and are being held at the Lubbock County Juvenile Justice Center.

In addition to the vehicles involved in this aforementioned incident which began at the Brookside Apartments, there were also two other stolen vehicles reported in Fall River County during the month of August. The Fall River County Sheriff’s Department said they include a 2008 Mitsubishi Galant stolen on Aug. 4 and a 1998 Yamaha V-Star stolen on Aug. 29. Both vehicles were taken by individuals known to the Registered Owners and are believed to have been taken out of Fall River County. Both have also been entered as stolen into NCIC.

Another call was received on Aug. 16 that a 2020 Chevy Silverado was stolen from a property on Fall River Road, by an individual known to the Registered Owner. The vehicle was located by a responding Deputy at the entrance to the residence.