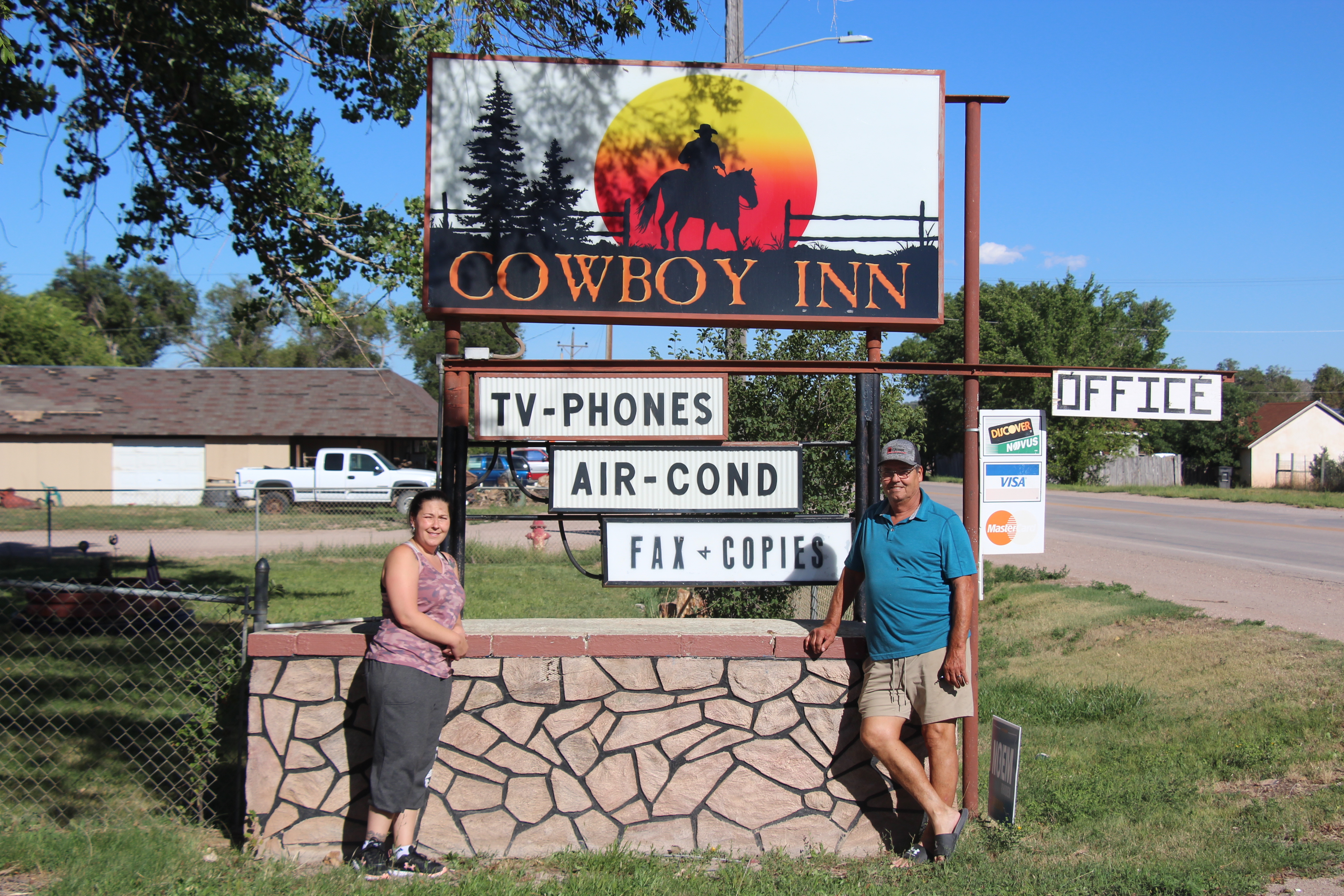 Megan Roberts and her dad Mark are pictured here. The Roberts family also includes Stacie J. who is back in Colorado but plans on joining Megan and Mark as soon as they get settled in at their new home.

EDGEMONT ¬– There are sure to be some changes and that happens anytime a business changes hands, but Mark Roberts, the new owner of the Cowboy Inn says the name will stay and he plans on adding some new twists as he puts new fingerprints on the business previously owned by Mark and Suzanne Hollenbeck.

Mark is joined in this new business endeavor by his wife Stacie J and daughter Megan who will assist her parents with management and other aspects of running the motel. Roberts said he decided to purchase the motel as Edgemont fit well with his vision of a nice place to retire and presented an opportunity for residual income. He collectively spent 46 years in the siding and windows business in Johnstown and Longmont, Colorado.

Of his former residence in Colorado, Roberts said, “It was country 10 years ago, but it and the whole Front Range is exploding. It’s a lot quieter here.”

Roberts has plans for aesthetic changes to the exterior of the business that will help it blend in with the surrounding area a little more. “You can get the feel of living in the country at this place,” he said. “I want to make it look like a “cowboy inn” and give it more of an aged look. Something of a throwback in terms of appearance.” A couple of ideas he has include replacing the chain-link fence in front of the motel with split-rail fencing to give the property a more “western” look and perhaps installing hitch rails in front of each room that would denote parking spaces.

On the interior, there are plans as well, one of them being to hopefully add Smart TV. to allow guests to enjoy what they typically would watch at home during their stay.

Roberts believes the motel can do a lot of business with an increase in promotion. He intends to explore how to best promote the motel online and hopes to seek advice on advertising in an effort to draw more guests.