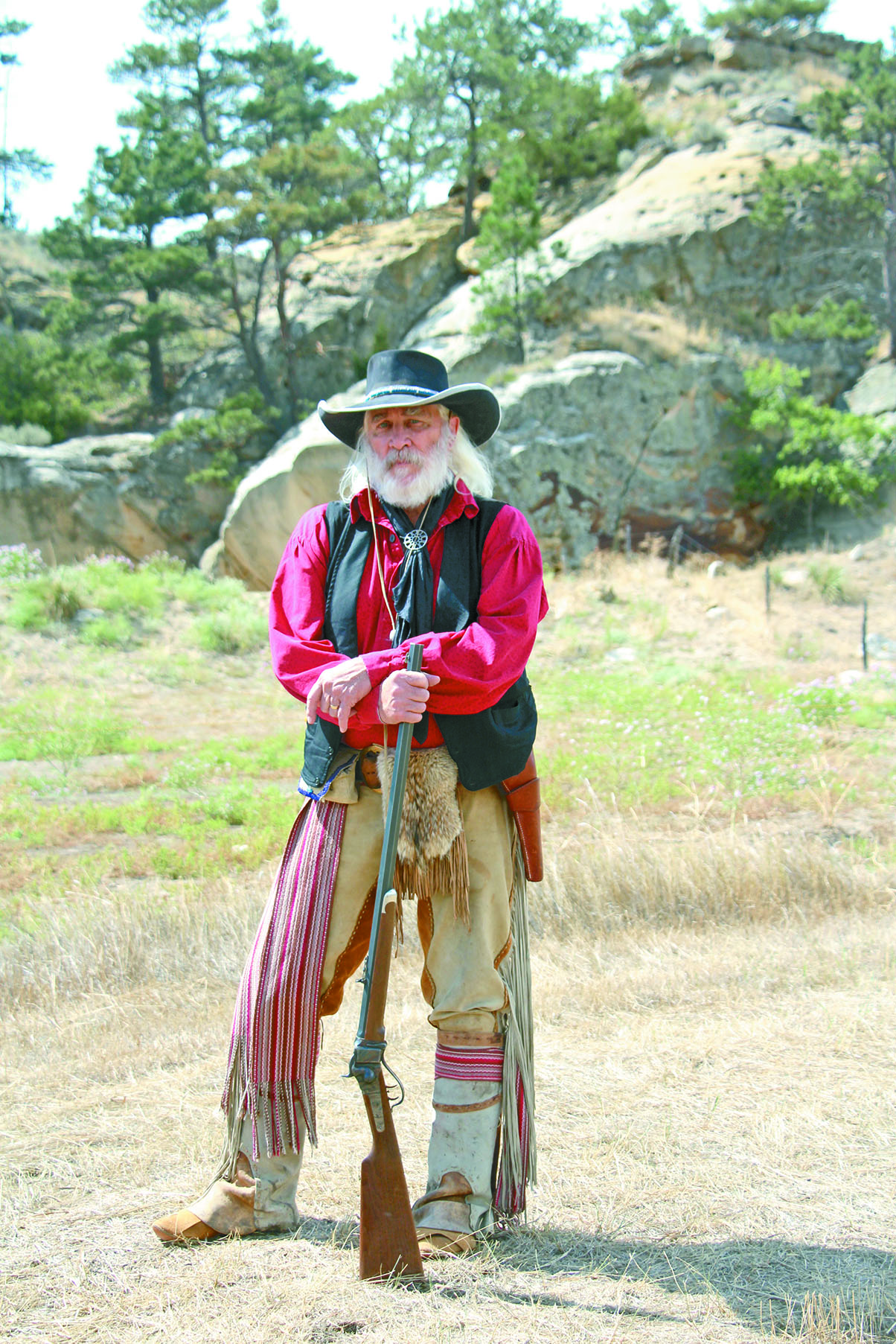 Dan Deuter, considered by current Fiddler’s Green Photo Shoot organizer Jim Hatzell as the “founding father” of photo shoots is pictured at this year’s edition which was held on John and Janet Koller’s ranch on the Cheyenne River

EDGEMONT – Prior to becoming an accomplished artist whose paintings now sell in places like Jackson Hole and Sante Fe for $40,000, Dan Deuter was if only temporarily ‘an old cowpoke’.

“In the late 70’s, I lived 18 miles north of Edgemont and worked for Claude Smith as a ranch hand,” recalls Deuter. “It wasn’t for long and I was in a transition in my life. It payed the bills for a while and allowed me to be an artist.”

Growing up in Hand County in the small community of Ree Heights on a ranch/farm of 5,000 acres, Deuter says he never would have envisioned being where he is today back in the days of his youth. He insists that a Christmas gift back in 1970 in the form of a set of paints changed the direction of his life. A few years later, his aunt Florence signed him up for an art show in Brookings. He learned of his entry only the night before the show was to be held, forcing him to quickly assemble some makeshift easels crafted from willows to use for the display of his paintings. This early experience shifted his thinking about his future, and led him to decide that he preferred the challenge offered by the art world to make a living as opposed to digging postholes and hauling rocks for a living.

“I always tell people I wanted to be an artist in the worst way, and I was for about 30 years,” says Deuter, whose paintings initially sold for only one or two hundred dollars before appreciation for his talent caught the eye of those at the galleries.

Deuter says he has ridden throughout the Black Hills on horseback. For five or six years, he was a Buckaroo ride participant, which allowed him to ride in different places in southwest South Dakota. In the mid-80s, he was invited to a wagon trail ride near Wall, where he became connected to Shearer Ranch, and established an artist ride that eventually came to be coordinated by his good friend, Jim Hatzell who now organizes the Fiddler’s Green Photo Shoot.

Deuter’s command of art isn’t restricted to a painter’s canvas. For 12 years, he was the director of the Fort Uncompahgre Historical Site in Delta, Colorado. He and a co-worker, the late Ed Maddox, dressed in pioneer-era clothing. In addition to the usual tasks associated with running a museum, the two became trappers and tanners. They were contacted by various entities to remove beavers that were creating problems due to their damming activity. In addition, they picked up fresh road-killed deer in order to obtain hides for tanning. The meat from those deer carcasses was given to the needy in nearby communities. Eventually, they taught others how to tan hides of both those animals.

In addition to his involvement with Fiddler’s Green, Deuter has also ran photo shoots in Colorado and a couple on the Navajo Indian Reservation. Deuter, who at this point has countless Native American friends as a result of his endeavors to gather artists and models together, says he admires aspects of their beliefs “which are held by the individual and there is no expectation of conformity.”

Deuter met his wife Ellie while working at Fort Uncompahgre and the two have been married for 31 years. The couple claims they have never had a fight because they “exercise great discretion in picking their battles.” Dan’s artistic ability was visible in their wedding as he made his bride’s wedding outfit consisting of a brain-tanned  and beaded buckskin dress along with moccasins, earrings, belt and other accessories. Ellie considers herself an active participant in Dan’s livelihood and others have identified her has his business manager, a label that neither of them disputes. She says she doesn’t dress up much anymore, but insists she can still ride well enough and Dan considers her presence indispensible at this point.