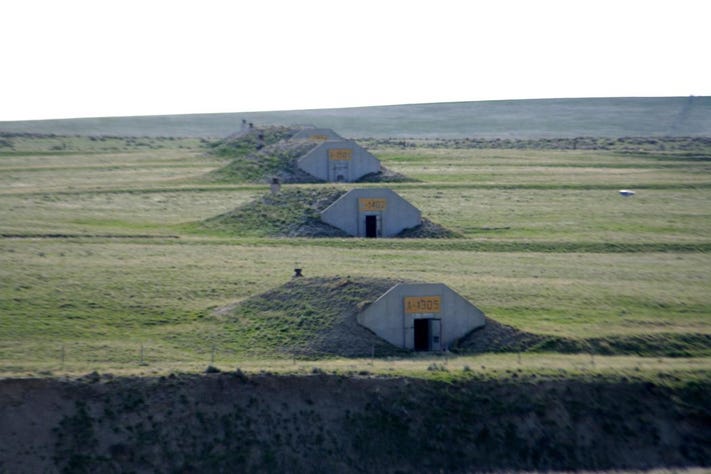 HOT SPRINGS – The State of South Dakota Office of Hearing Examiners recently concluded that the property owned by Vivos Xpoint Investment Group LLC (Vivos) west of Provo has an “assessed full and true value” of $3,986,920, a figure almost three times as much as the property value that was used to assess 2021 taxes. The decision represents the resolution of a disagreement between Fall River County and Vivos owners on whether the subject property was assessed higher than market value, or the value of a comparable property for the purposes of taxation.

Much of the discrepancy between figures put forth by the two parties has to do with methodology. Vivos used an income approach to assess the value of the land. This approach estimates the property’s anticipated long-term income and capitalizes that income into a value estimate. Vivos estimated the 2021 rental income approach to a value of $2,735,000, plus the total land valuation of $786,920. The total income approach then equaled $3,521,920, which was based on bunker leases minus expenses along with cash inflows and outflows.

Vivos appealed the County’s determination to the Office of Hearing Examiners and a hearing was held on July 13 of this year, with both parties given additional time to exchange information, conduct further analysis, and supplement the record.

With the input of additional information, the county estimated the value at $5,865,170 using the cost approach, and arrived at a value of $3,596,910 using the income approach. The county also provided a combined cost/income approach value of $6,064,770.

Vivos estimated the value at $3,200,000 for the bunkers exclusively, a figure that was consistent with their original estimate. Notably, their overall property valuation at $3,986,920 was higher than that of the county’s income approach value of $3,596,510.

The Office of Hearing Examiners reasoned that there were problems with both the sales approach and cost approach for determining the property’s value. Due to the property’s unique nature, it concluded that if similar properties even exist there are very few of them and finding one for sale “would be about impossible.” Concerning the cost approach, they concluded it would be highly unlikely that any entity other than the military would build a large cluster of bunkers and that estimating the replacement cost by comparing 80-year-old concrete structures built without steel reinforcement bars to what would be built using modern standards would be difficult. Additionally, they indicated that calculating depreciation and determining what is and is not real property would present further challenges.

The Office of Hearing Examiners determined that the income approach was the best method to use for evaluating the property. It pointed out in its reasoning that Vivos “purchased pastureland with atypical structures and cleverly converted it into a money-making venture.” It noted that while the bunkers could be used only for storage that Vivos proceeded to convert some into living structures and stated that as of October 31, 2021, that between 110 and 129 bunkers had been leased.

The Office of Hearing Examiners concluded that the final assessed value of $3,986,920, which combines the value of bunkers and land “is reasonable, accurate, and does not show the subject property was unjustly taxed.”

The assessment notice Vivos received for Assessment Year 2021 taxes (payable in 2022) was based on a property value of $1,360,770. According to Fall River County Director of Equalization Lily Heidebrink, Vivos will pay $15,423 in 2021 taxes. Heidebrink said she would not be able to provide a projection for the taxes that will be owed on the property for 2022 because the mill levy will not be set until later in the year.

Vivos began leasing the subject property in 2016, and then purchased both the land and bunkers in 2020. The effort to modify and improve some of the 575 bunkers that exist in total began in 2018, which caught the eye of the Office of Equalization. The number of bunkers to which improvements have been made has grown from six to 99 in the time that Vivos has owned the property. Improvements to more bunkers are anticipated to occur over time as units are leased to new tenants. The average lot lease price has increased from $25,000 in 2017 to $41,389 in 2022. The properties are currently on a 99-year lease that costs $45,000. There is an additional cost of $1,000 per year for the ground lease, and a one-time $3,000 cost for a water hook-up. Heat and electricity come from generators and propane tanks located near each bunker, and water comes from a centralized cistern.