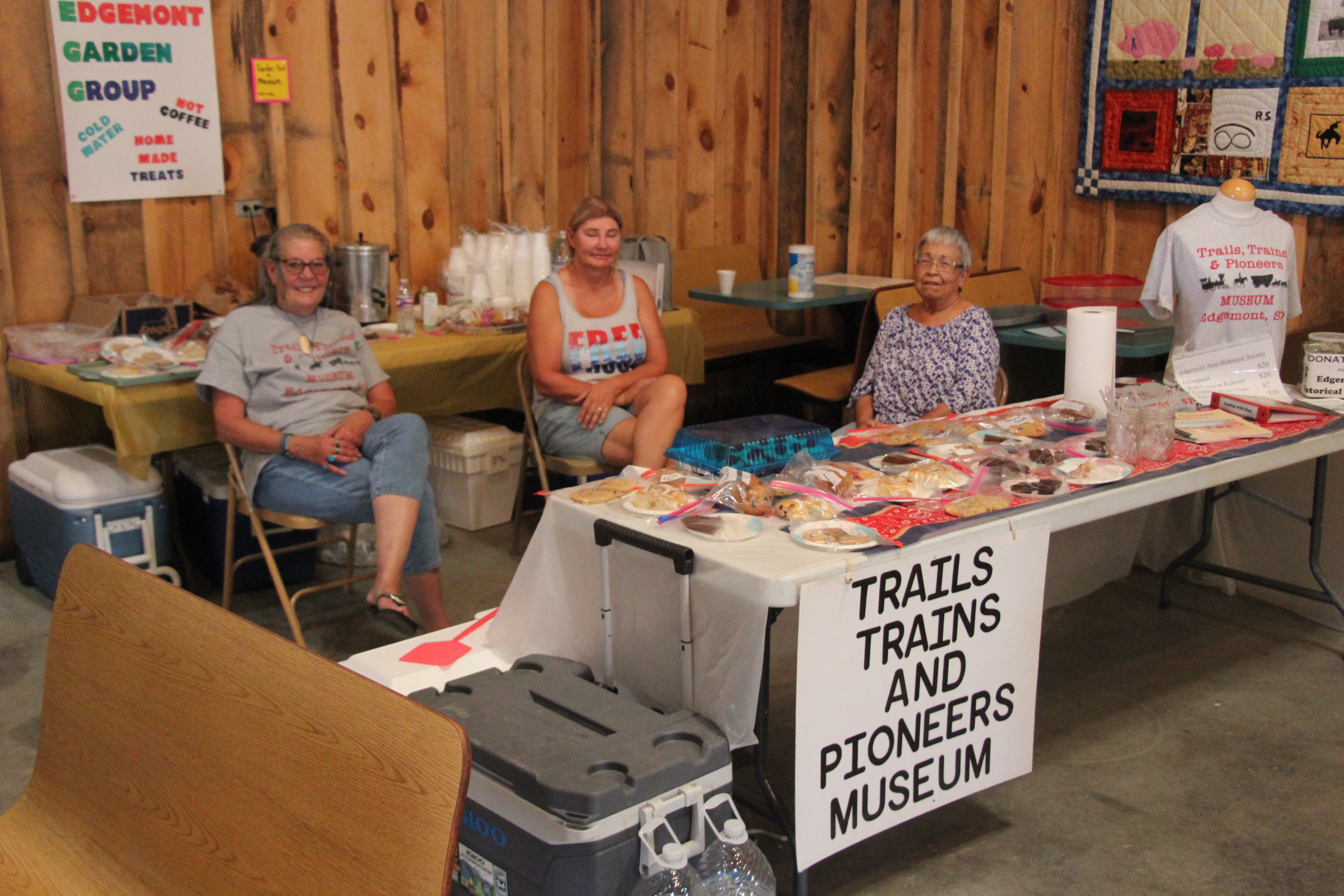 The Edgemont garden group has seen a busy first few months of existence as a fledgling organization. The nonprofit group and its volunteers have made great strides this season in several areas in the community particularly with respect to the main street garden areas and community garden project.

The Fall River County Fair food booth, which was the organization’s first fundraiser, was located in the Exhibit building during the Fall River County Fair and shared with the Trails, Trains and Pioneers Museum. The booth was well supplied with a plethora of tasty donated pastries, and showed promise as a venue for connecting to new members for the coming years. EGG officers appreciated the effort of members and nonmembers alike for the way everyone worked together with short notice to make it happen.

The Main Street Beautification project led by the group in cooperation with Edgemont Chamber of Commerce, has combined the effort of local church groups, residents and business owners to give Edgemont’s downtown a more vibrant, pleasing appearance. The Vern Barker memorial plot has been completely restored with a beautiful new decorative fence donated by the Post Office and Rose and Larry Mason in remembrance to the patriarch of the local family. Kelvin and Kerry Barker supplied the new rock with Ken Barker, Rose and Larry Mason and Francis Williams serving as the labor force.

In partnership with the museum, EGG planted the flagpole bed next to the museum. A memorial plaque in honor of Bob Stevens was installed, as in previous years that plot was Bob’s pet project.

The group has also assisted with the ore cars and on the corner of 2nd Ave and Mogul in an attempt to keep the garden alive during the extreme heat of July and August with a persistent watering effort.

Seeing the need for more drought hardy perennial plants in the Main street plots, EGG is seeking donations of iris, mums, daisies,to name a few, the traditional yellow rose bush or even small flowering bushes to help to continue beautifying the town for the coming seasons.

And, of course, EGG President Verna Smith says if you see a weed (especially goatheads) the club will not deprive you of the pleasure of pulling it. She also expressed with much gratitude to the many great people in the community who have (with no intention of planting a garden) spent their time and resources helping to make our community a better place through plants.

The community garden plot had a somewhat halted beginning by changing location. The Fall River County fair board generously supplied use of the S.W. corner of the fairgrounds near the Exhibit building and the fence has been installed thanks to exceptional effort for the project and Wyatt Van Eaten and his crew and thanks goes to Phil Lown for the bridge. The group is still seeking donations of raised bed materials such as lumber, railroad ties, metal siding, mulch, and compost, and will be greatly appreciate the contribution of any of these items.

The regular EGG meetings are held the 4th Monday of the month at 6:30. August meeting location will be at the community garden, weather permitting or default to the Senior Center. The group invites anyone with a green thumb to join and all suggestions are welcomed.

EGG can be contacted at This email address is being protected from spambots. You need JavaScript enabled to view it. . Its Facebook page address is www.facebook.com/groups/3322631184664365.