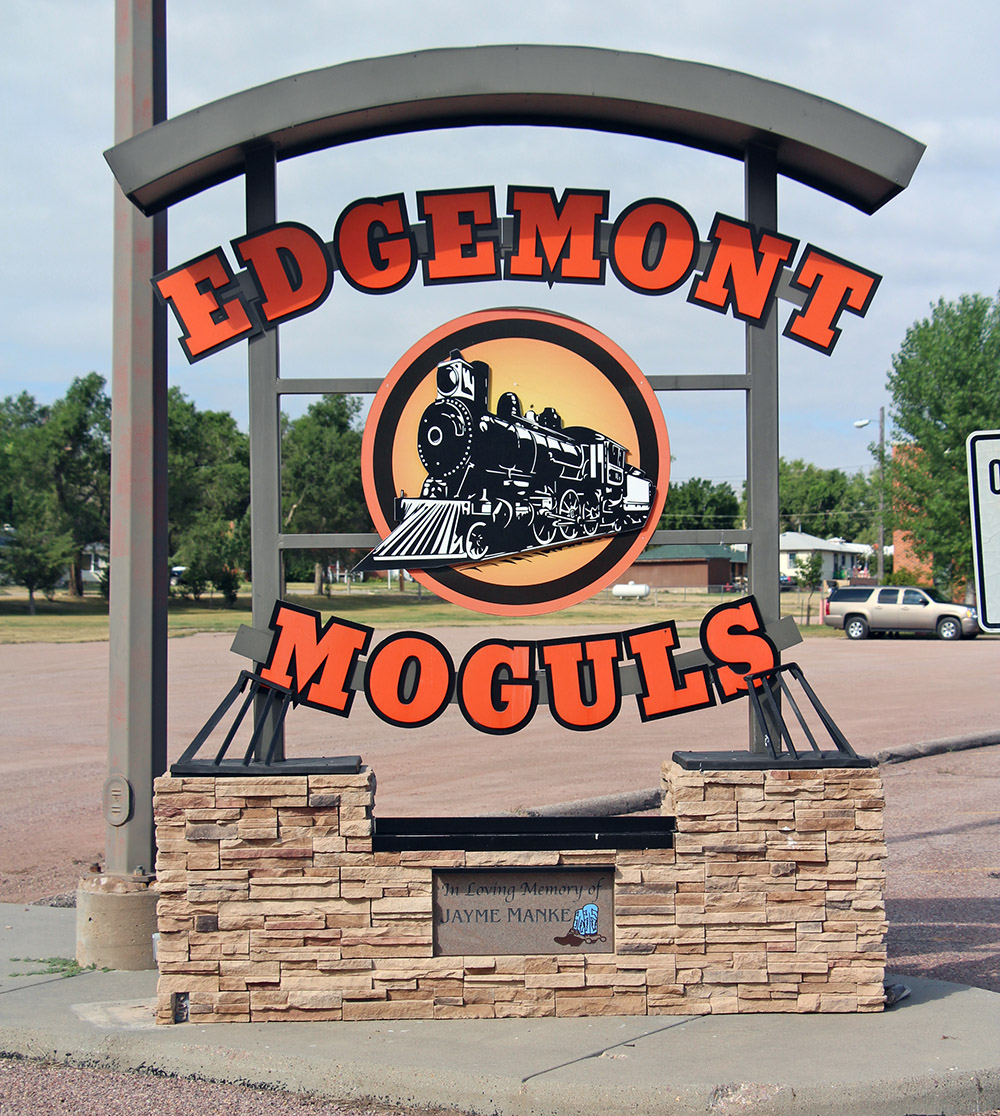 EDGEMONT – At the time of last week’s Edgemont School District board meeting, no decision had been made regarding whether the school would have enough participation to have a football team this year, but the answer came last Thursday when Superintendent Amy Ferley made an announcement on the school district’s Facebook page.

“We are all disappointed that we won’t be able to watch our own Boys of Fall, as we did not have enough participation to field a high school football team,” said Ferley.  “I know that our volleyball team will give us plenty to cheer for, and we will have to give some extra support to our junior high boys as we re-build our high school program.”

Regarding the decision on the school’s football team, at least two players transferred to other schools for the opportunity to play on the high school level, at schools where there was more certainty that injuries wouldn’t deplete the roster to the point that the a lack of players would force a cancellation of the remainder of the season. That is what happened the last time that Edgemont played football back in 2020. One Edgemont student who was considering a transfer a couple of weeks ago stated, “I just want to have the chance to play high school football. I just want to be able to have a season.”

Daniel Swartos, Executive Director for the South Dakota High School Activities Association, was contacted on the matter of a hypothetical cooperative between two schools such as Edgemont and either Custer or Hot Springs. Swartos indicated that both schools involved would have to complete required paperwork. If the cooperative was desired for this year, with the season has already started, there would have to be a special meeting by the Association’s Board of Directors to approve such a cooperative and the other school would have to count all of the Edgemont male students enrolled in 9-11 towards their count for classification.  When asked about the frequency of cooperative requests, Swartos responded, “It depends. We get cooperative requests fairly often. Requests once the season has already started are almost non-existent. We did one last year with Bison and Harding County right before practices started, but that’s very rare.”

Some good news was announced at last week’s Board meeting and that was that the school had received donations of beef from the families of Keith and Marie Andersen, along with Suzanne and Mark Hollenbeck, bringing the school district up to eight animals that have been donated by local producers, along with $1,000 for processing from the Ag Banquet Committee. Ferley reminds those that may be interested in donating to the school district’s beef-to-school program, whether it be an animal for processing or money to cover processing expenses, please contact the school at 605-662-7254.

At the school board meeting, board members voted to approve updates to the district’s “Alcohol and Other Drug Use by Students” policy. This policy applies to individuals who are under the influence of alcohol or drugs on or in school property and at school-sanctioned events on and off campus. It shortens the number of days of suspension to four days of ISS for a first offense, four days of OSS for a second offense, and a consideration for expulsion for subsequent offenses. It does, however, suspend a student from attending any extra-curricular events (dances, games, concerts, etc.) they are not directly involved in for the remainder of the school year. This suspension will continue to the fall semester if the offense happens in the spring. The suspension may be lifted once the student completes a drug/alcohol assessment from a certified or licensed addiction counselor or a licensed physician trained in chemical dependency and recommended programs. The policy further explains that authorized personnel may use a portable breath test to screen for alcohol use.

The board also voted to amend the Student Suspension and Expulsion policy to clarify that parents/guardians may request a hearing before the board in the case of a long-term suspension.

Ferley announced the school district’s new hires for the upcoming school year last week.  “We have some new faces on staff that I can’t wait for everyone to meet,” she began. “Mr. Long (PE and history teacher) is already recruiting for a teacher’s pig wrestling team for the fair next year, and Ms. Jones (head cook) is excited to be cooking locally raised beef for our lunch program. Miss Brotherton (upper elementary), Mr. Esker (middle school), Mr. Varra (technology coordinator), and Mrs. Warembourg (assistant cook) round out our list of new people.”

Ferley also reminded everyone that back-to-school night is Thursday, August 18, from 4:30-6:30.

“Please come meet our teachers, tour the classrooms, and join us for burgers and hot dogs,” said Ferley. “We are so happy to be getting kids and teachers back into the school building. There is such a fun energy that comes with this reunion. It is actually a welcome relief to the chaos that summer can be.  I can’t wait to see everyone at the open house next week!”