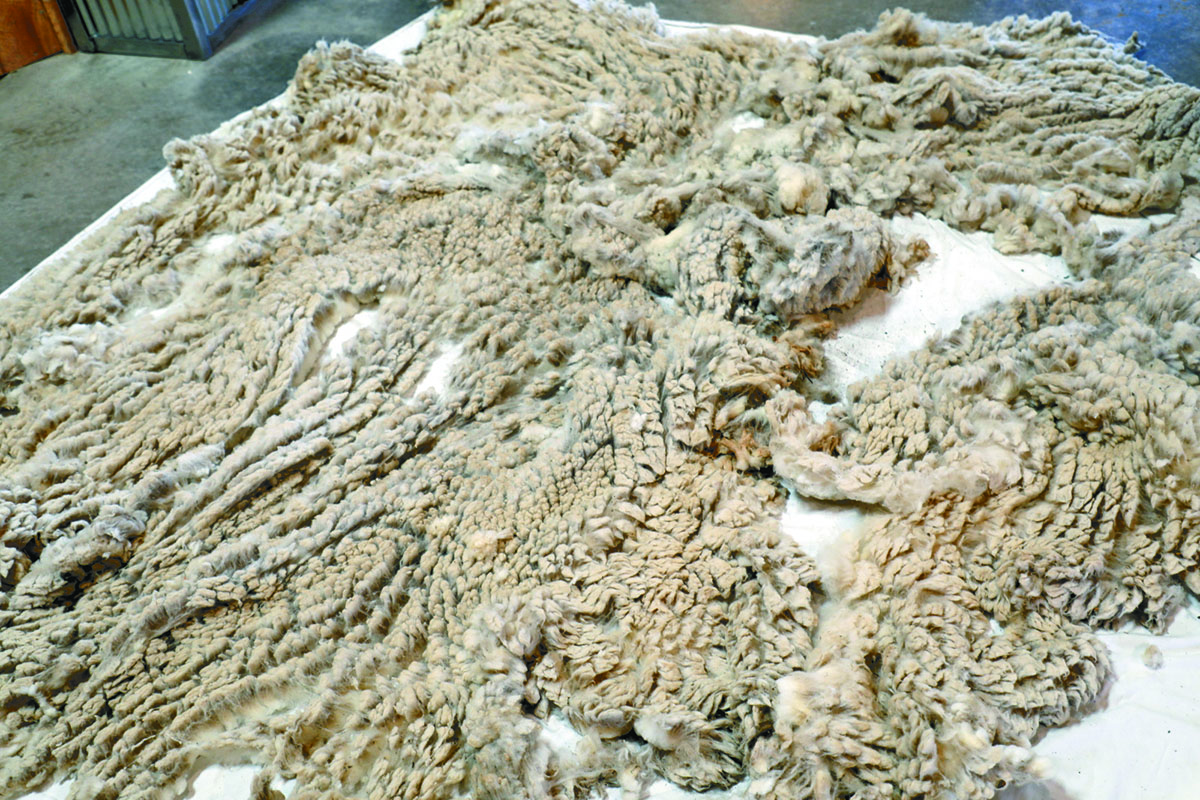 HOT SPRINGS – For the first time in the history of the Fall River County Fair fiber was on the menu, not the kind you can eat, but the kind you can spin into yarn to create amazing textiles as 4H youth presented their sheep’s shorn fiber for judging and for sale.

“This year will be the inaugural fleece sale by 4-H members,” said Terry Slagel, owner Fall River Fibers. “The youth are preparing the shorn fleece for judging and then the raw fleece will be sold by the pound, if the individual youth so desires, after the sales awards are made.”

“I applied for a grant from the South Dakota Sheep Growers Association (SDSGA) to promote fleece production,” said Terry Slagel, owner Fall River Fibers. “We want the youth to know there is more to sheep than just the meat.”

The SDSGA awarded a $250.00 grant through their Wool Outreach Program for use in “promoting quality fleece production for fiber arts use in Fall River County.”

“We are hoping to help promote the use of sheep fleece for hand spinners and felters,” said Slagel. “This may require the production of specific sheep breeds and/or special care and feeding of the animal throughout the year to promote a high quality, desirable fleece.”

The grant monies will be used for premium monies for several different categories and classes as well as instruction.

“I am excited,” said Koupal, “I hope enough kids have enough incentive to put their fleece in the sale with grant monies also being distributed.”

While this is the first year for fiber production for sale, the youth are well on their way to understanding wool and its use as fiber.

The 4H youth were taught skirting their fleece for show by Judy Cox, of Buffalo Gap, who has been spinning since the early 1980s and began raising her own Llamas in 1990 for their fiber.

“They paid such close attention,” said Cox of her instruction, “I just loved watching their faces, they we so engrossed.”

Cox taught them how to prepare the fleece from the time it was sheared from the sheep until showing.

“It’s different for judging,” explained Cox, “it’s important not to disturb the lock structure while removing as much debris and vegetation as possible all the while keeping the whole fleece intact.”

In layman’s terms, the fleece (coat) is sheared from the sheep in one piece. The fleece is then carefully laid out on a table in one piece and larger pieces of vegetation is painstakingly removed by hand with as little pulling of the locks (the long thin or thick smooth curls of fleece). Once cleaned of vegetable matter it can be shown. If a person wishes to spin with the fleece, it must be cleaned much more, washed, dried, carded and then it’s ready to spin or felt.

“It will be an annual thing from here on out I hope,” said Koupal.