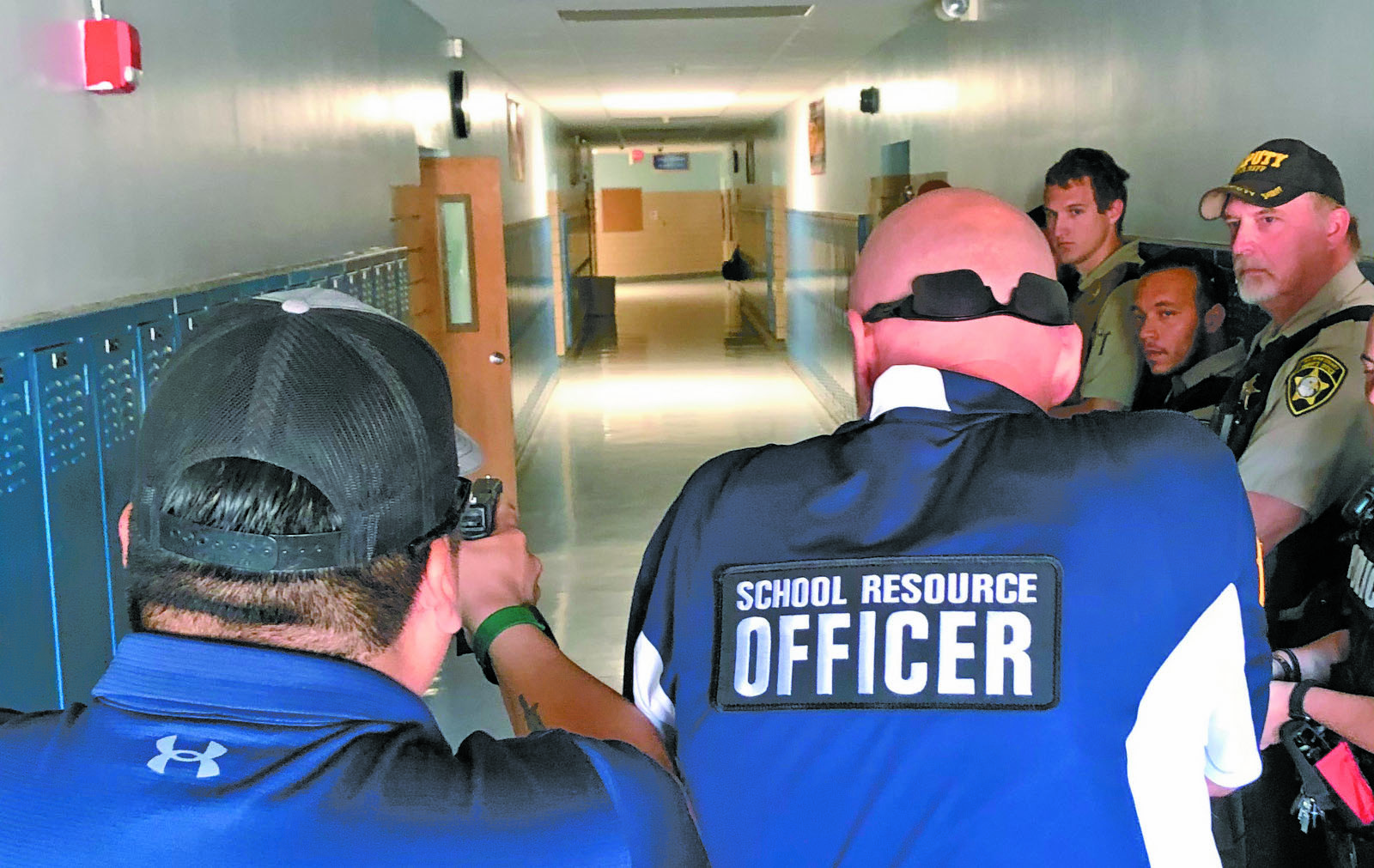 “I saw a need within our department for updated active shooter training,” said Belt of his journey to instructor.

He approached the Sheriff and received his blessing to search for a course.

“I learned of a training course that came up and asked if I could go, they said yes.”

With his certification fresh under his belt, the course offered was his first course taught.

“We have been wanting to have this training,” said Sheriff Bob Evans, “and now it makes it easier for our end of the world to get that training,” as receiving training for rural departments can be challenging.

“It is a 12 hour training,” said Belt, “yet my hope is to have a continuous schedule that will integrate fire and EMS with continued training. We also have to look at the school level and how we help teachers and faculty identify indicators in students. Get them trained on what to look for and how to deal with an active shooter event is a very long process, so we are taking the first small step.”

Belt believes that one of the failure points people have seen in the mass media is that of emergency responders not being prepared for such an event.

“I am doing my best to be proactive,” he said, “it’s a lot of work and there are a lot of moving parts. It’s important that all my coworkers have all the available information to perform their job as safely as possible in case that horrible event should come to pass we hope to be able to deal with it as efficiently and effectively as we possibly can.”

The training began with an hour of classroom instruction, which included FBI statistics, case laws regarding what can and cannot be done during response, response process, as well as mental preparation.

According to Belt, 98% of school shooters were current or past students. This in and of itself can cause response pause for some officers, as they will need to wrap their head around pointing their gun at a youth.

Most response tactics an officer have been taught, “need to be pushed down during an active shooter event” explained Belt. Waiting for back up is not an option, nor is keeping a weapon holstered. Yet, with all the stimulus going on, the multiple calls to dispatch and information being processed, there is always that seed of thought in an officer’s mind, whether this shooter is in that small percent that is creating an attack specifically to draw out law enforcement to enact the most damage on them personally.

Safety is always the number one priority for the officers yet during an active shooter the primary response is to locate the threat.

The process is to locate, isolate, contain, eliminate and transition.

“Stop the killing, stop the dying and get rapid medical care,” said Belt.

While many of the officers present were supportive of citizen’s second amendment rights, Belt cautions citizen-action during an active shooter scenario.

“I will never tell people not to do what they think is right,” he explained, “but use your best judgment and common sense. If police are there, let them do their job, let them handle it.”

Belt has many years in law enforcement and as an emergency medical technician. He hopes to build on the active threat response training as well as bring more training to the area.