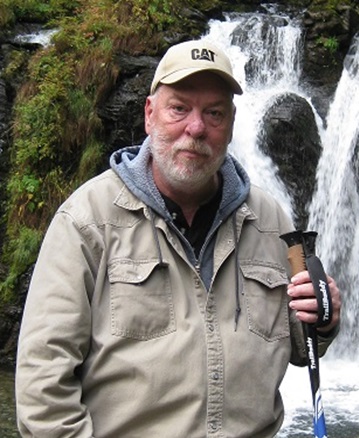 Pictured is Ken Martin, the author of the new-look historical column entitled “THIS WEEK: 30/60/90 Years Ago." He is a retired 16-year resident of Hot Springs. See page A6 for the debut of the new feature which now also includes a historical photo from a past Hot Springs Star.

HOT SPRINGS – Longtime readers of the Hot Springs Star and Fall River County Herald-Star may have noticed during this past month of July that a staple of the newspaper for the past 45 years was missing – the 90 Years Ago column.

However, as you’ll see ‘this week’ in the printed version of the newspaper … it’s back!

According to Barbara Trumbull, the niece of the originator of the column, Helen Magee, her aunt’s first typed volume of the 90 Years Ago column began with newspaper items from 1887, which would have made her first column appear in the Hot Springs Star in 1977.

Following her death more than 20 years ago, the column was written by Lynn Finch, who continued it for a few years until local historian Peggy Sanders took it over in August of 2003 which highlighted newspaper happenings from the August 1, 1913, Hot Springs Star.

Sanders continued the 90 Years Ago column in nearly its original format for 17 years until she expanded it in October 2020 to also include news items from 60 Years Ago. Now recently, after 19 years of authoring the popular historical column, Sanders retired from writing it but has continued to write and provide her Rangeviews opinion piece for the newspaper.

The new author, Ken Martin, and his wife Miriam, have lived in Hot Springs since 2006. They have seven adult children, four of whom also live in Fall River County. Ken is retired from government work at the Fall River County Highway Department. He is an avid artist, displaying his work at several locations around Hot Springs, and will be teaching watercolor painting classes this Fall.

“I love the sandstone architecture and natural beauty of the Hot Springs area, along with the rich history of the Southern Black Hills and Fall River County,” Martin said recently about his appreciation of the area.

In addition to providing a brief glimpse into the Hot Springs area’s news events from 1932 and 1962, Martin’s new version of the longstanding column now includes a few more recent items from 1992, which will hopefully be a little more fresh in people’s memories.