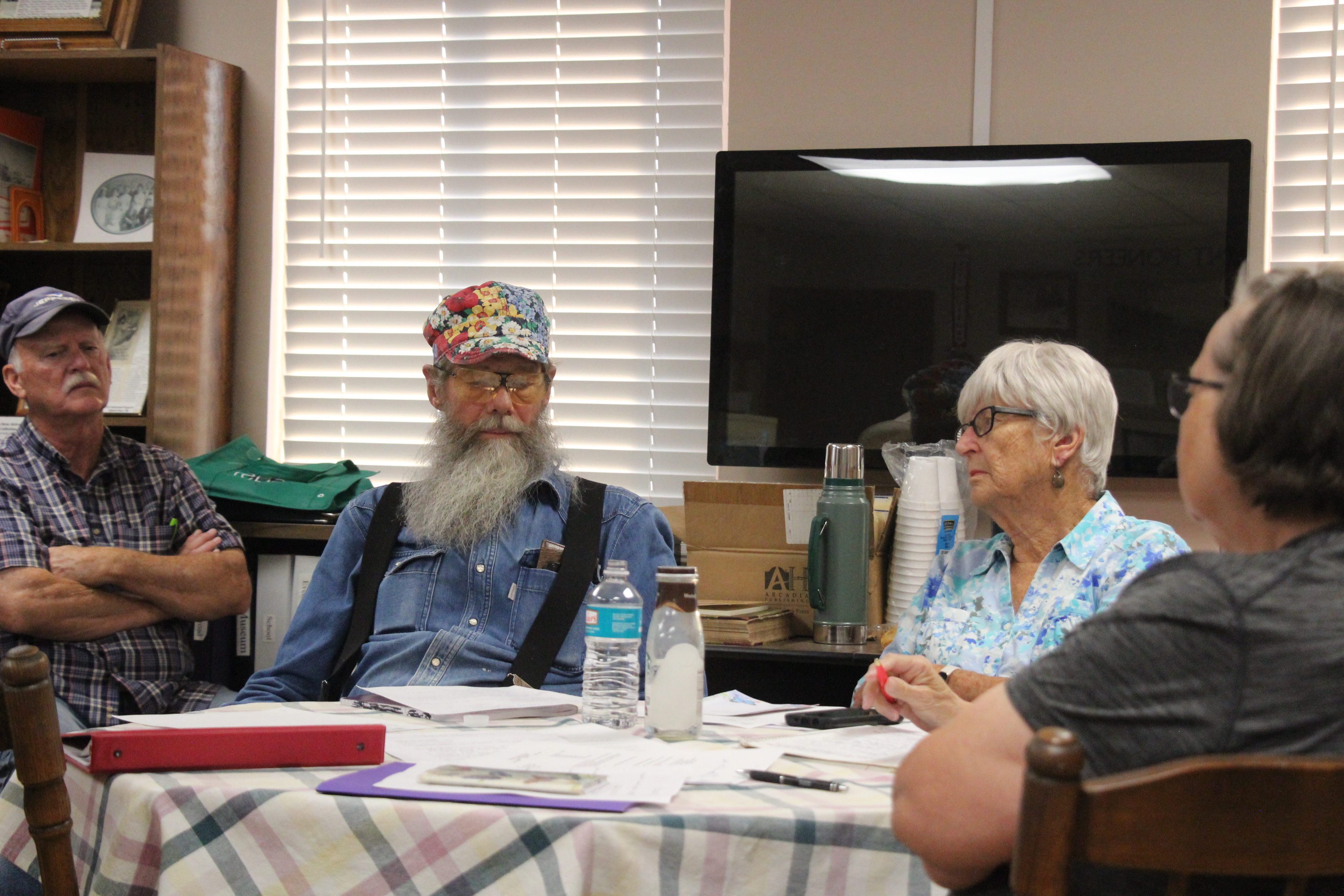 EDGEMONT – The Edgemont Garden Group held a regular monthly meeting on Monday, July 26, at the Fall River County Fairgrounds near the future home of the community garden. The primary topic of the meeting was a discussion of various fund-raising ideas.

“We have a very ambitious group of volunteers and they are already excited about fund-raising once we determine the best strategies and ideas for our group,” said Edgemont Garden Group President Verna Smith, who added that the group welcomes suggestions and ideas from non-members with fund-raising experience.

The group is seeking donations of perennials to plant as part of their Main Street beautification effort. They are also accepting donations of both annual and perennial seed for a “seed swap” to be held sometime next spring.

On Tuesday, the Edgemont Area Historical Society held is regular quarterly meeting at Trails, Trains, and Pioneers Museum. EAHS is looking to schedule a speaker for its January meeting and is in discussion with well-known candidates both locally and regionally to fill the spot. President Lyle Rudloff lobbied for more than one speaker presentation during the year. Rudloff also talked about tour guides that work volunteer shifts at the museum having talking points for displays and exhibits that will better enhance their ability to engage with visitors. He added that sometimes visitors point out new things to him when he is showing them around.

The Museum will hold its annual pie sale on September 16, which coincides with the first day of the 2022 Mickelson Trail Trek. The pie sale has been held for the past eight years, according to Mary Hollenbeck. She says between 35 and 50 pies are baked for the event, with some being contributed by Edgemont residents that aren’t otherwise active members of EAHS and consider it a way to donate to the museum.

On August 4 and 5 at the Fall River County Fair, Edgemont Area Historical Society and the Edgemont Garden Group will share a booth and offer coffee and treats to those who stop by to learn more about their respective organizations.