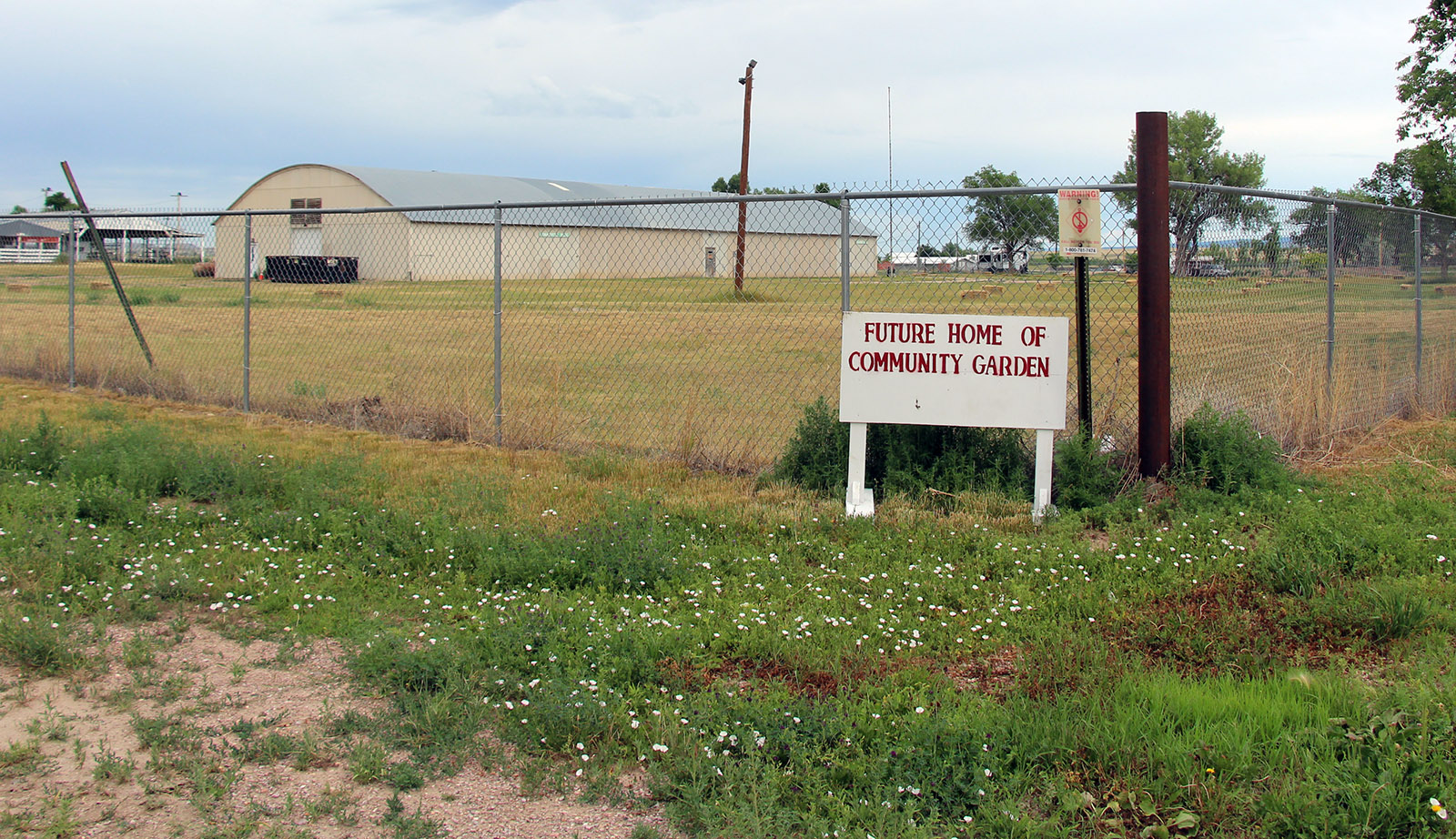 Behind this sign is a triangular parcel of land that the Fall River County Fair Board voted to allocate to the Edgemont Garden Group for a community garden site.

EDGEMONT – A short bridge crossing the ditch along the street near the Fall River County Fairgrounds provides an access to parcel of land donated to the Edgemont Garden Group by the Fall River County Fair Board as a community garden. The bridge is also symbolic of the connections that some hope will become established between the new garden club, Edgemont School, and other community entities.

At its board meeting last month, the Fair Board unanimously voted to allocate use of the corner parcel to the Edgemont Garden Group for its proposed community garden. Previously, the group planned to use a piece of property across from City Hall owned by Brett Jarman and Benny Hatch and while grateful for the extended offer from those property owners, felt that soil preparation and substrate issues with the site could have presented considerable challenges, and elected to accept the Fair Board’s offer.

The parcel offered is a triangular piece just over 20,000 square feet in size that in addition to offering residents a garden space, will also present an opportunity to engage Edgemont School students with interests in gardening or horticulture.

Fair Board President Steve McDaniel candidly shared the response from the garden group as “what’s the catch?” when they were informed of the Fair Board’s offer of space. McDaniel jokingly replied that the only catch was to plant some asparagus in the ditch along the edge of the property.

“It’s an unused corner that we thought would contribute nicely to the effort being put forth by the Edgemont Garden Group to site a community garden which would offer seniors and other residents a chance to grow some garden plants,” said McDaniel.

The offer from the Fair Board was a primary topic of discussion at the Edgemont Garden Group’s last meeting held on Monday, June 27, at the home of Brent and Karen White. After later being informed of the Board’s decision, garden group members, including Treasurer Mary Hollenbeck, met the news with much enthusiasm. The next meeting of the Edgemont Garden Group is scheduled to occur on Monday, July 25 at the new fairgrounds site.