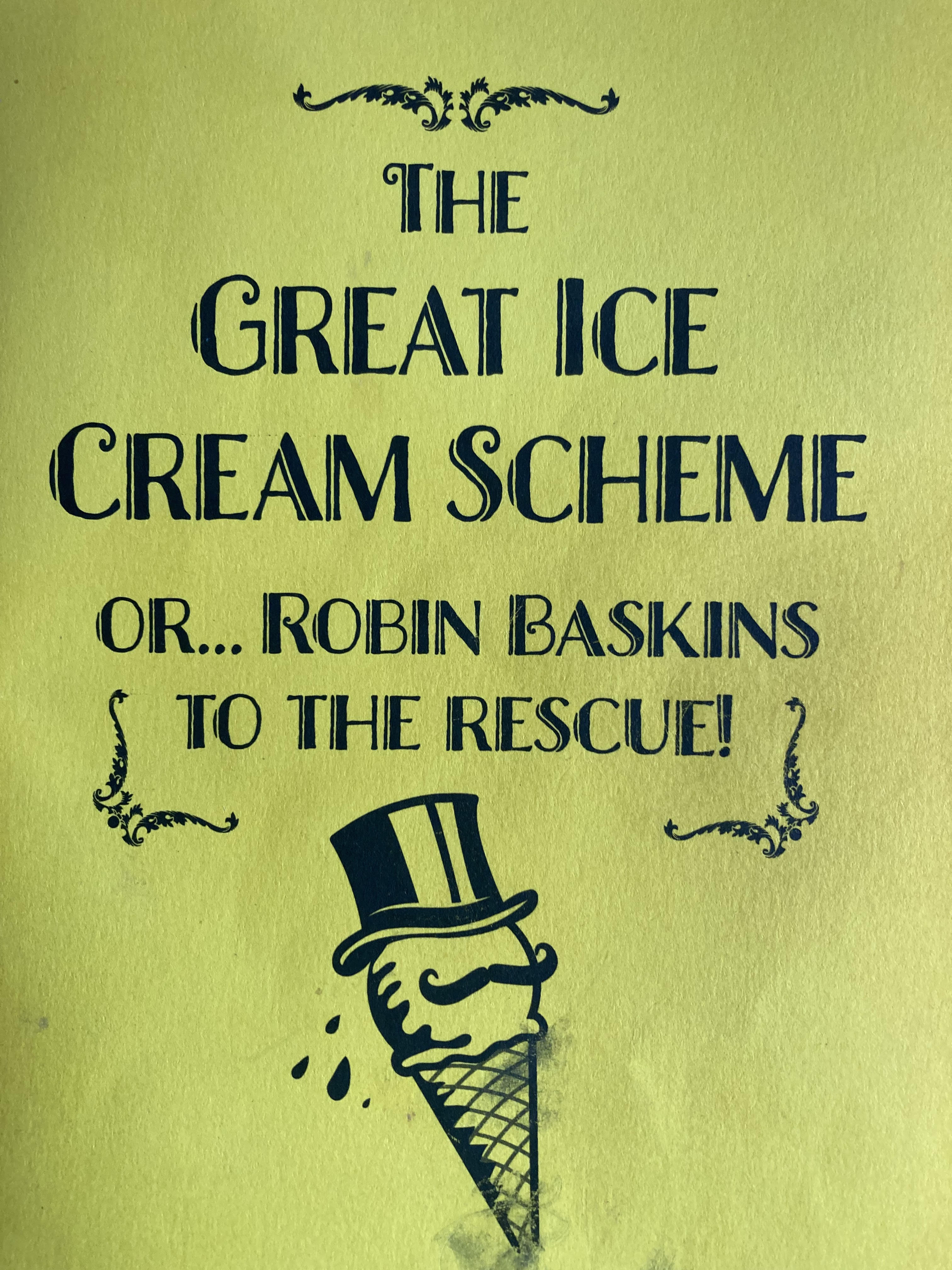 EDGEMONT – The Edgemont Theatre Company invites everyone to attend its July performance of The Great Ice Cream Scheme or…Robin Baskins to the Rescue by Billy St. John. Performance dates are July 14-16 and 21-23.

Everyone knows Pop Sicle (Scott Corbett) owns an ice cream parlor with a reputation for having the best ice cream in town. The secret to his tasty ice cream is a recipe known only to him, his sister, Nana Peel (Jerusha Jones) and his adopted son, Robin Baskins (Will Lakatosh). When a cold-hearted villain, I.C. Custard (Mark Hollenbeck) learns of his outstanding recipe that allows Pop to outpace the competition in town, he devises a scheme and hires clumsy accomplice, Parfait Deluxe (Olivia Lakatosh) to steal the recipe with ambitions of expanding the distribution of the delicious product nationwide. Parfait is instructed to steal the recipe from Robin, who has fallen in love with newly-hired waitress Marsha Mallow (Elli Hollenbeck). Just when it appears I.C.’s scheme will be pulled off, he and Parfait are caught red-handed and carted off to the slammer.

The ice cream parlor is staffed by the dependable Walt Nutz (Brendan Nelson) and his sweetheart waitress Candy Sprinkles (Hadley Hollenbeck) who frequently serves regular customers Etta Lotta Spumoni (Sarah Barker) and her boyfriend Alec De Spoon (Blake McBride). Stage-hand wanna-be Ernie (Eric Harrold) is the disdain of everyone when he drops in at the parlor from time to time.

Edgemont Theatre Company offers a dinner (reservations required) at 7:00 p.m. prior to Friday and Saturday performances, which begin at 8:00 p.m. Reservations can be made with Suzanne Hollenbeck (605-662-6275).