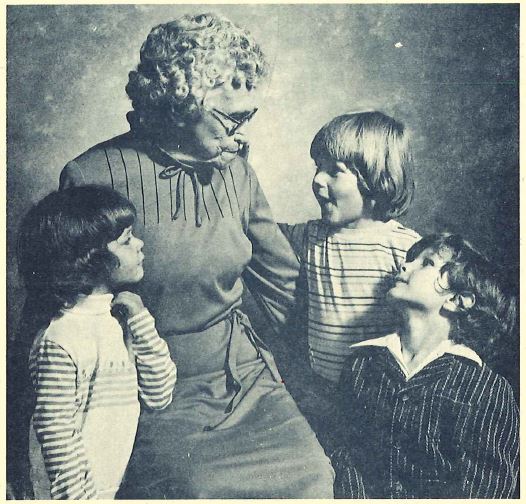 CHAMBERLAIN – Grace Martin Highley (1895-1985) of Fall River County is part of the South Dakota Hall of Fame’s Class of 2022 inductees, with an honors ceremony planned for Sept. 9-10 in Chamberlain.

Established in 1974, the South Dakota Hall of Fame, according to its website, recognizes and honors individuals who champion “a culture of excellence for all of South Dakota.” Up to 10 individuals are inducted each year.

Cheryl Zimiga of Rapid City, granddaughter of Grace, nominated her grandmother for the honor more than two years ago and is excited that Grace is a 2022 inductee.

“Grace is getting the honor she so much deserves,” said Zimiga. “She accomplished so much and always helped someone if they were in need. Grace was a value to the community. She was also the rock of the entire family and kept the entire family close with each other. I loved how she made all of us [grandchildren] feel that we were her favorite grandchild.”

Grace, known as “A Trailblazer in Child Welfare,” was born on July 22, 1895, to William and Sarah Wyatt at their homestead south of Hot Springs near the Cheyenne River.

In 1917 Grace married Charl Eben Martin, and the couple lived on the Martin Valley Ranch (north of Hot Springs along the 7-11 Road) until 1929 when they sold it to Chicago businessman F.O. Butler.

After working for three years (1929-1932) as an editor for the Hot Springs Star under publisher Francis Case, Grace began her long career in social welfare.

According to the book Fall River County Pioneer Histories, Grace was “a part of the development of public welfare, beginning first in Fall River County and later state-wide. In 1932 when drought and depression were taking their toll in unpaid taxes, crop failure, and unemployment, the first federal relief money came to Fall River County. The board of county commissioners […] employed Grace to investigate circumstances of families in need and recommend necessary relief through county grocery orders, surplus foods available from the federal government, and employment in public works programs.”

In a 1978 interview for the Rapid City Journal, Grace recalled her first welfare case in Fall River County.

“I remember my first investigative call to decide who would get welfare help,” Grace said. “I found a family living in a cave. There were seven children. They had a supply of flour but nothing to bake bread with.”

Grace’s South Dakota Hall of Fame biography states that “for 21 years, she built a program, nationally recognized, based on the needs of children.” Her lifetime career in social welfare includes:

• Implementation of the Works Progress Administration, Old Age Assistance, Aid for Dependent Children, Help for the Blind and Disabled, and Child Welfare

• Member of the South Dakota Board of Social Services

• Member of the West River Mental Health Center Board of Directors

• Awarded an Honorary Doctorate of Humane Letters from Augustana College

Grace died in 1985 at age 90 and is buried in Evergreen Cemetery in Hot Springs.

In a 1978 interview for the South Dakota Social Services journal, Grace, age 83 at the time, was asked how she managed to maintain such a long career in social welfare. Her response was: “I got to where I was because I wasn’t a political person. It was because I was working for children. No child should ever be used politically. The bread in a person’s mouth can never be political. In those days the only thing that was good politics in welfare was no politics.”