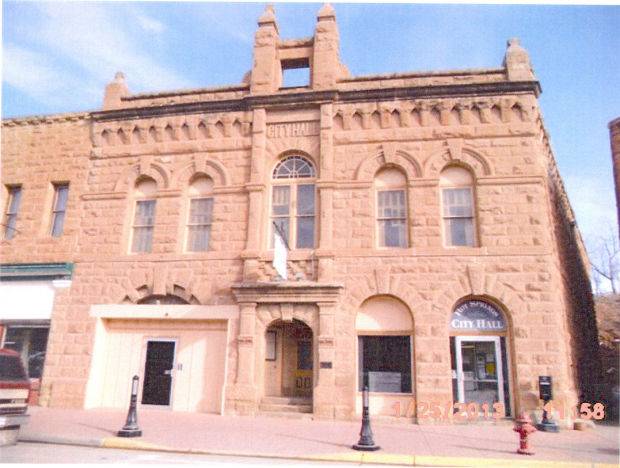 HOT SPRINGS – At the Monday, June 6, Hot Springs City Council meeting held at the Mueller Center, the council unanimously approved the hiring of full time officer Edward Allen and asked Hot Springs Chief Jen Winscot as well as Captain Philip Shively to explain their plans for employee retention so that Hot Springs will be less likely to be utilized as a training ground in the future.

According to Chief Winscot, the retention of police officers has been difficult in the past due to multiple factors, including but not limited to, prior wages, insurance and lack of promotable positions.

In order to address these issues, Captain Shively presented a recruitment and retention plan that the department is actively putting into place as well as thanking the City Council for approving wage increases which helped the department obtain more applicants for the open position.

“Our job is to keep the peace,” said Shively, emphasizing, “If you came out at night you would see a different Hot Springs than you do during the day.”

While the focus of the department will still be patrol, drug enforcement, community policing and officer wellness, the new program will also include police officer ownership of such specialties within the department as training coordinator, drug interdiction, officer wellness and fitness and more. Thereby creating an environment where one can take pride in their position and make them an integral part of a well oiled machine.

Shively admitted that drugs are an issue in Hot Springs and the transient nature of police officers in the past has caused a disconnect in policing. According to Shively it takes a few years to know the key players on the illegal drug field, yet that is often the same time an officer chooses to leave for another department. He and Winscot hope this issue will be remedied with their new plan.

Captain Shively welcomes members of the council or community to communicate with him in regards to the HSPD mission.

Agenda was adopted, past minutes were approved and under claims, councilmember Craig Romey questioned the need for speakers and stereo equipment replacement for city utility vehicles; this will be followed up on.

There was no communication from the public. Other topics addressed during the meeting included:

• Public hearings set for June 21, 2022 for special sale alcohol license for Rotary Club for July 4 Street Dance at Centennial Park; public comments of the progress of the 385/18 sewer and water main replacement; and retail on-off sale wine and cider and retail on-off sale of malt beverage and SD wine license from Stanwhel LLC DBA Riverfront Gallery to be used at 405 N. River Street.

• Resolution 2022-14 to amend City Wide Fee Resolution to increase airport fuel price per gallon to $6.15 per gallon passed with note from councilmember Bill Lukens believing that the current lowest wholesale price for fuel exceeds $6.00 per gallon and that this may be a fluid resolution which may need to be visited again.

• Arts and Crafts Fair 45th anniversary raised concerns about parking as many of the parking areas that were available last year are no long accessible due to road construction. Mayor Nelson will bring this issue up at the weekly meeting with the contractors.

• Both replacement of the Waste Water Treatment Plant digester cover replacement as well as automatic budget supplements for the sewer and water main replacmenet project were passed.

• Misty River Tavern was approved for a liquor license for the Southern Hills Renaissance Festival June 17-18 at the Mueller Center with councilmember Debra Johnson abstaining.

• Automatic budget supplement of $4,598.28 with revenue received from South Dakota Public Assurance Alliance was approved to repair police vehicles that were damaged due to a drunk driver with councilmember Craig Romey abstaining.

Committee reports are held over until the next City Council meeting due executive session.