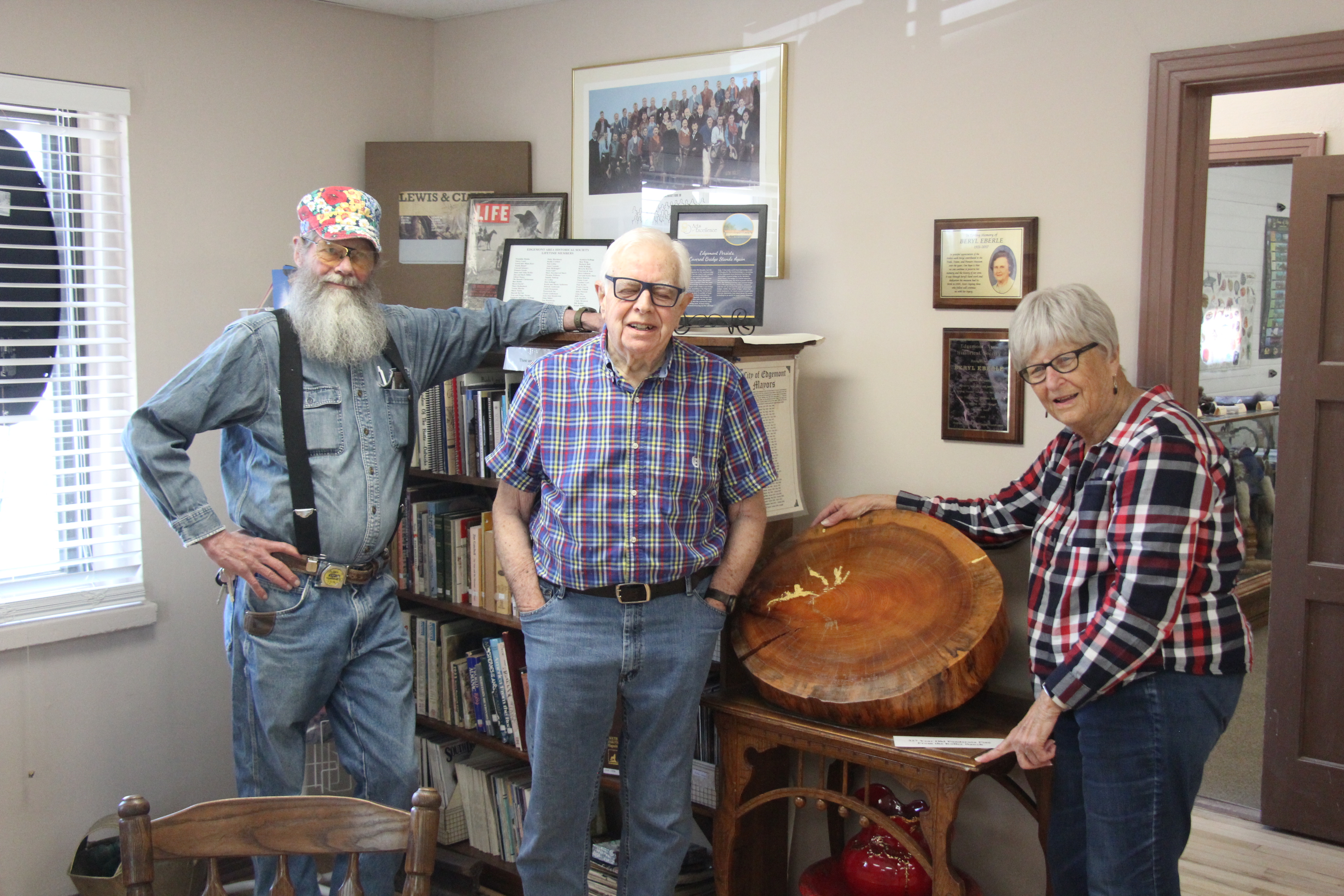 Facility continues to receive repairs and renovations stemming from broken water pipe incident this past Jan.

EDGEMONT – Although last January is well in the rearview mirror, the Trails, Trains, and Pioneers Museum is still feeling the effects as it opens for the summer. Mary Hollenbeck, Treasurer for the Edgemont Area Historical Society which oversees the operation of the museum, says museum folks feel good about being able to minimize impacts of the pipe break what was formerly the town’s water dock. She pointed to an old table that bears water stains from the incident, and insisted that while some damage was incurred, things certainly could have been worse.

Sue Hendricks, Museum Director, echoed Hollenbeck’s sentiments about the outcome of the pipe break. “I think we were lucky we didn’t have any more damage than we did,” said Hendricks. “We’re lucky to have community volunteers and places where we could store artifacts until the building was dried out and repaired. Lots of volunteers have donated many hours to help restore the facility to its previous condition. It’s good to be in a community that regards the museum as important.”

On opening day last Wednesday, EAHS President Lyle Rudloff was on site, talking about displays with a museum visitor. He shared some of the history of the fossil specimens and archaeological exhibits, giving background on how some of the exhibited items were acquired. When talking about this year and opening up, Rudloff was cautiously optimistic. “We’re coming along pretty good, but we’re going to have to figure it out as we go,” he said.

On Tuesday of last week, the museum received the last load of boxes and containers of specimens and exhibits, which had been taken out of the building to prevent water damage and mold from detracting from their quality. Some items that were missing in action suddenly turned up, which is how things unfold when you have to scramble to find places to temporarily store irreplaceable exhibits so that they can be preserved for future generations. Not everything has the durability of the old link-and-pin car coupler that Rudloff pointed to as the most recent addition to the museum’s collection. Rudloff shared that many injuries and deaths resulted from this primitive method for linking rail cars prior to its replacement by the Gould coupler in the 1890s.

The pipe break unfortunately isn’t the only intrusion of water that museum operators have had to deal with. A leaky roof reared its ugly head, but thanks to the dependable work of roofer Gary Kester, that issue is being presently addressed. Kester and his crew are installing new flashing to stop leaks in walls on the roof top and he hopes to have the work completed in the not-too-distant future.

There’s some newness going on, some of it having to do with the leak and the rest being upgrades to new units. The middle bay, which was formerly part of the town fire hall has new carpet installed, replacing that which was ruined from the intruding water. Later in the summer, the facility will receive a new furnace and air conditioning unit as well.