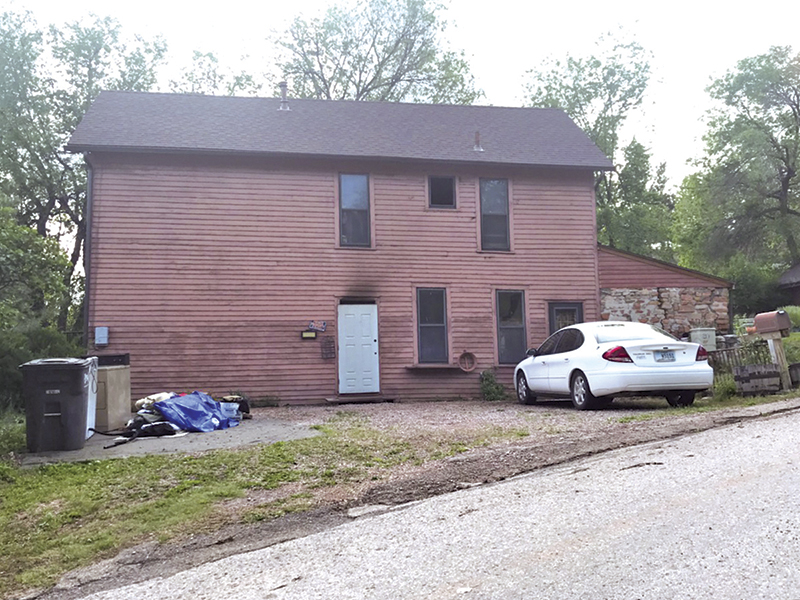 This home located at Edgewood Terrace in Hot Springs is the site of a fire last month where 81-year-old Judith Bredlau died.

HOT SPRINGS – A house fire along Happy Hollow Street on Wednesday, May 25, claimed the life of Judith Bredlau, 81, of Hot Springs.

According to Fall River County Emergency Manager Frank Maynard, the fire was reported at around 6 p.m. at 1902 Edgewood Terrace. Fall River County Sheriff Bob Evans said firefighters with Hot Springs VFD and Hot Springs VAMC responded to the call and were told on arrival that it was possible that there was at least one occupant inside as neighbors had seen Bredlau outside in her yard earlier in the day.

Sheriff Evans said when crews arrived at the two-story home, the fire was burning on the main level in the dining room area, which is where they were able to keep it mostly confined. Once the flames were knocked down enough, they entered the building, crews found Bredlau in a nearby hallway. She was believed to have already passed away when she was found. No one else was in the home.

Sheriff Evans said the cause of the fire is still under investigation.

Below is a link to Bredlau's obituary: