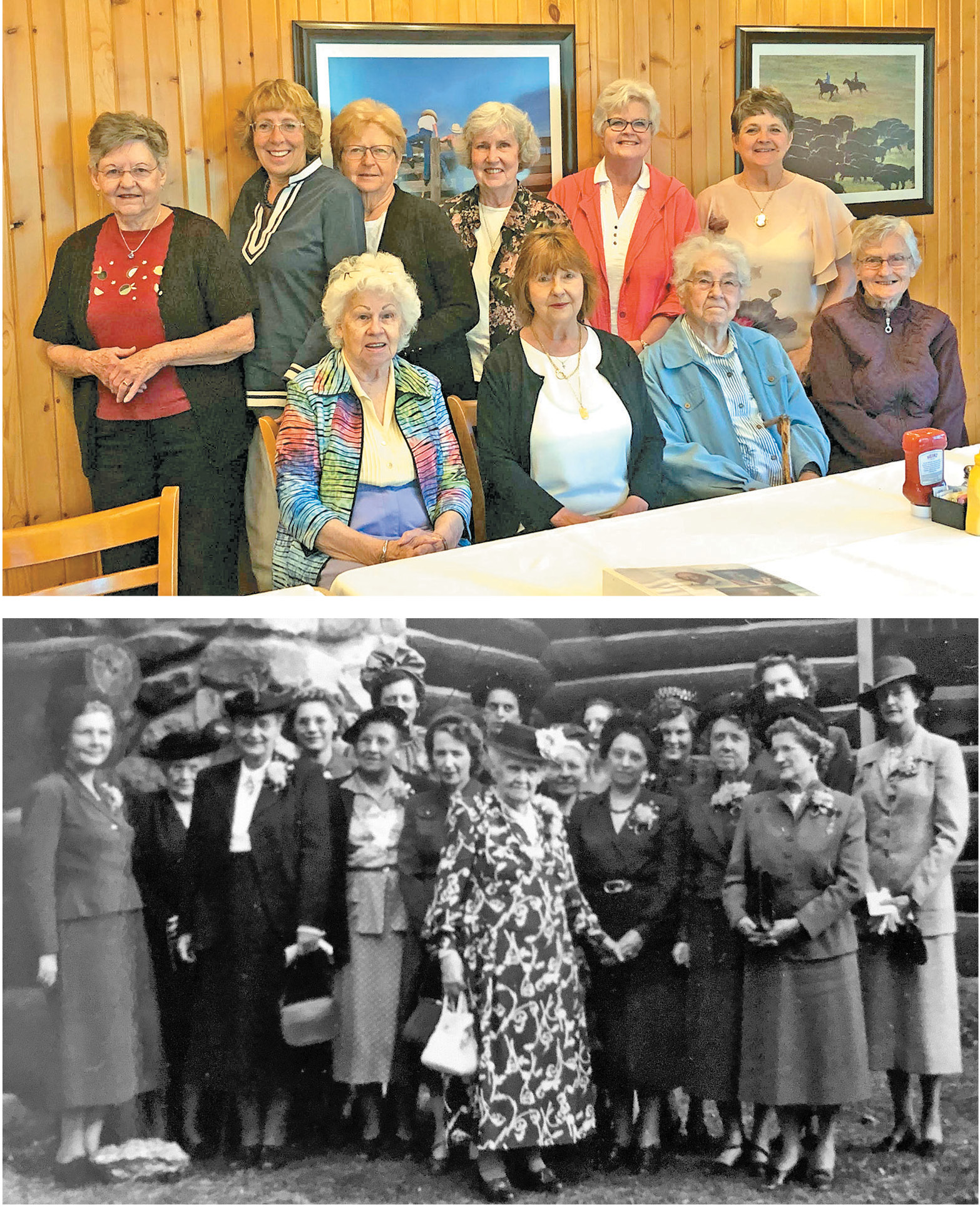 After 120 years, club votes to hold their final meeting

HOT SPRINGS – After 120 years of community service, entertaining, learning and simply enjoying the works of famed wordsmith William Shakespeare and other writers, the Hot Springs Shakespeare Club has had their last curtain call, voting unanimously to close the club on April 8, 2022.

“It’s so sad,” said long time member Joan Howard. “It was active for so many years and did so much for the community.”

“The decision to disband the Shakespeare Club was not an easy one,” said President Myrna Lewis, a member since 2006, yet “it has been harder to maintain membership since the onset of the Covid restrictions.”

Originally named The Qui Vive Club, formed in 1893, the focus of the club was the study of Shakespeare’s many works. The members, who had to be voted in, reveled in the works, studying them and bringing their thoughts and delicious confections, to the next meeting. On September 6, 1895 the name of the club was changed to The Shakespeare Club.

The Hot Springs Shakespeare Club (HSSC) has historically been an integral part of the community, even responsible, in part, for the early formation of a library in Hot Springs.

In 1908 Mrs. Theresa M. Evans began a movement to start a library in Hot Springs, by the following year, her sole efforts being exhausting, the matter was taken up by the Travelers Club and the Shakespeare Club, the two of which formed the library association.

The first fund raiser for the library which was housed in a back room of the City Hall required a book as a donation to enter the event. Of course, the books then had to pass the inspection of the association.

In the early 1900s the club also sponsored local booklets titled ‘The Taming of the Wild West’ for visitors traveling on the North-Western line, explaining the history and the beauty of the area and listing the many businesses in town. Further detailing just how one could get to Hot Springs from Omaha. ‘Take the Fremont, Elkorn & Missouri Valley Railroad, leaving Omaha at 3:00 p.m. and arrive in Hot Springs next morning at 7:45, in time for breakfast.’

Often mistaken as a book club, according to Lewis the HSSC is so much more. “In the last several years we have had programs on a wide variety of subjects learning many new things,” she said.

“I thought that researching for a program would be very interesting, and it was” said Thomasetta Kuhl, a HSSC member for more than 50 years. “The delicious desserts were a bonus,” she said of the clubs tradition of having desserts at their meetings.

With a mission statement that reads, “Associated together for the purpose of improving those mental faculties with which we are endowed.”, and a Shakespearian motto of, “Light Seeking Light Doth Light of Light Beguile.”, the club has, over the years, entertained a more diversified subject matter as well as a laundry list of community outreach and service.

While no men have been accepted into membership, as HSSC has been a women’s club from its inception, Lewis admits they are an integral cog in the wheel, stating that, “Our husbands have been a wonderful support” throughout the years helping with many of the club’s fund raising activities.

“Since I’ve been in the Shakespeare Club we have conducted the Home Tour,” said Lewis of the groups largest fund raiser. The funds raised by HSSC allowed the group to “donate to help many causes in the community, i.e. the Food Bank, the Concert Association, the Historical Society, the Boys and Girls Club and many others.  We also held a Tea at Pine Hills Retirement Community as a fund raiser.  They have been wonderfully supportive of us and the community.”

The HSSC have also provided cookies for many events from Friends of the Library celebrations to local sporting events and community concerts and historically aided young women wishing to compete in beauty pageants.

“When the Club was started in 1893 the women studied only Shakespeare’s pieces,” said Lewis.

While the effort given to unweaving and understanding the written word of Shakespeare can seem an insurmountable journey for some, but for those in the Shakespeare Club, each word is fascinating, thought provoking and cutting edge.

According to Howard, Shakespeare was not only credited with writing poetry and plays, he also is credited with “creating more than 1700 new words added to the English language; words still in use to this day. Words such as bedazzle, swagger, manager and more.”

While Lewis claims not to have a favorite Shakespeare piece, she was quick to recite her favorite lines from his works.

“We know not what we are, but not what we may be” and “Women speak two languages, one of which is verbal.”

His works were also rumored to spark a somewhat explosive change to society; the suffragette movement.

Throughout the years, the HSSC and those sister clubs across the nation created an atmosphere for women to grow and learn; to harness their strength to give to the community.

“We worked hard on our projects,” said Lewis of the many wonderful women in the group, “but had so much fun doing so.  The fellowship will be sorely missed.”

So strong are her feelings of fellowship she offered a few words of advice for today’s young women, “I would encourage the young ladies to have some good female friends. I would also say to work hard.  Don’t expect something for nothing.  You can accomplish anything you set out to do if you don’t give up.”