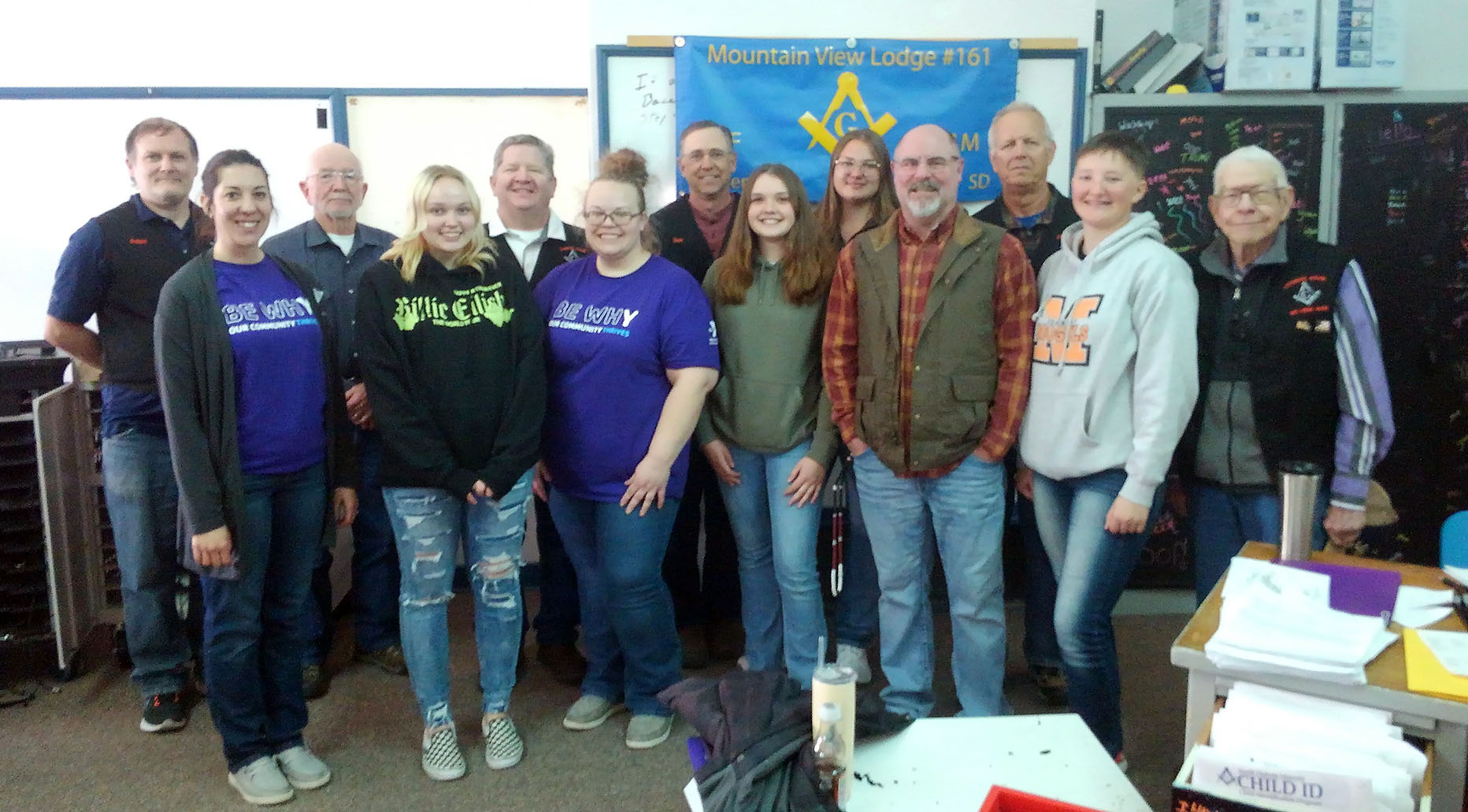 EDGEMONT – On Wednesday April 13, Mt. View Lodge #161 members in conjunction with the Massa Dental and the Edgemont YMCA held a South Dakota Masonic Child Identification Program at Edgemont Public School. The event was a great success as the program resulted Child Identification packages for 46 percent of the student body. The package contained a CD with a brief recorded interview, scanned fingerprints, still photos, a “Toothprint,” and a DNA sample. The package also provided parents with a laminated ID card and information necessary for a Code Adam if a child was to go missing in a mall or department store. All materials are secured at the school and will be given to the parents for safekeeping. No copies are kept on file, and the program is at no charge to the parents.

The program was developed in conjunction with the National Center for Missing and Exploited Children to provide local law enforcement with everything necessary to quickly release an Amber Alert notice in the event a child is lost or missing. This program is made possible throughout South Dakota through the Masons’ charitable arm, South Dakota Masonic Charities.

Lodge members would like to sincerely thank Edgemont School Administration, teachers, and student council for their assistance and flexibility. The student council representatives were Mackenzie Hollenbeck, Anna Hansen, Sierra Morse, and Kristine Moeselvang, a foreign exchange student from Denmark. The local YMCA also provided volunteers Kimberly McDade, and Director Kelsey Trotter. Finally, thanks is extended to the Masons that made this possible; Brothers, Ralph McDade, Albert Jensen, Don Kellogg, George Darrow, Herb Cook, Jay Darrow, and Dr. Don Massa as well as past Grand Masters Jack Welker and Mike Rodman for their support in planning, advertising, documenting, and executing this event.

The Mt. View Lodge members would also like to thank the communities of Edgemont and Hot Springs for supporting our annual gun and gift card raffles that support this fine program. The officers and members of Mt. View Lodge#161 would like to congratulate Rebecca Massa of Edgemont as this year’s winner of the $500 Mastercard gift card. The funds raised by this raffle go to support the South Dakota Masonic Child Identification Program as well as the three scholarships awarded to Edgemont seniors each year.