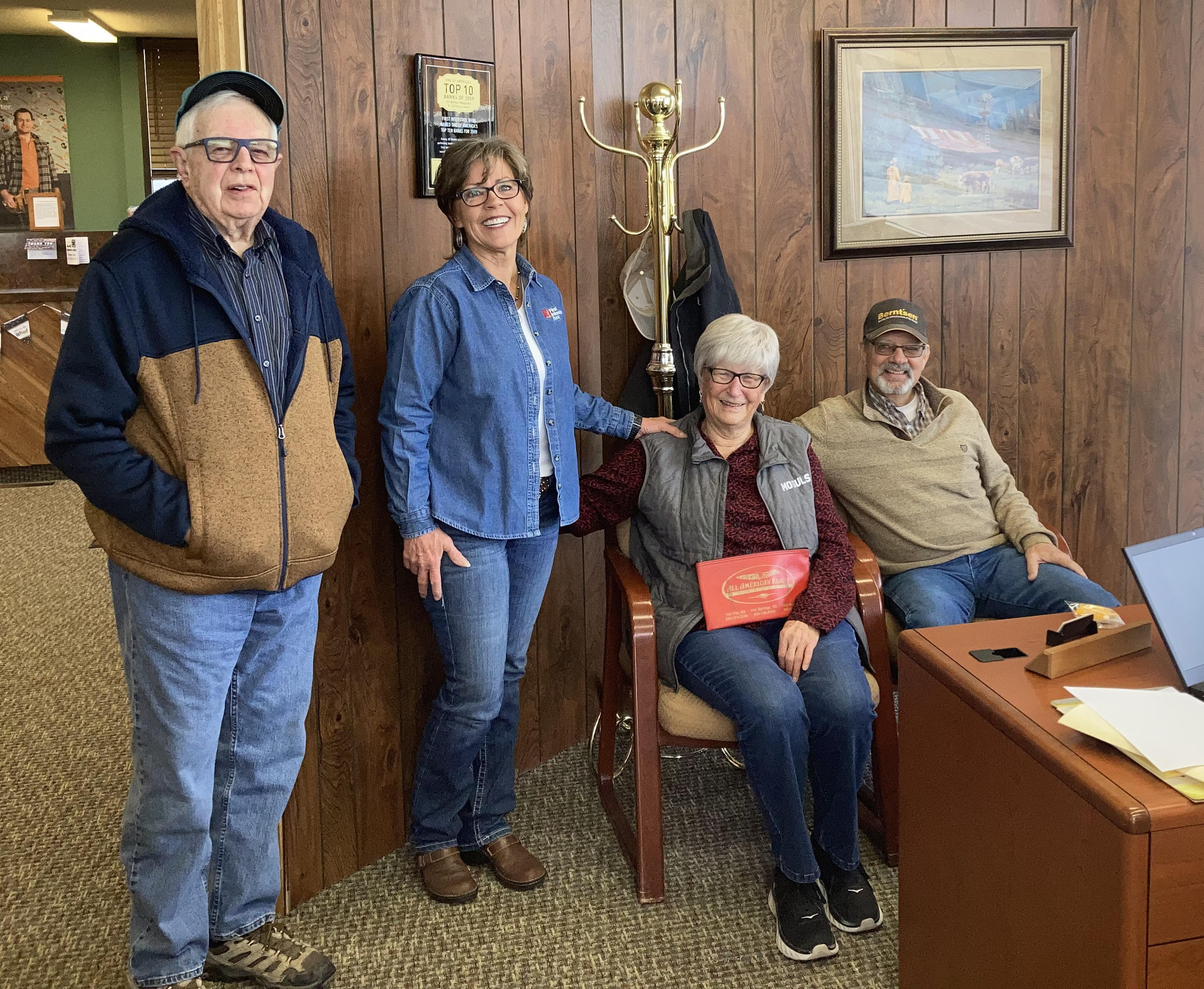 EDGEMONT – It’s no joke. On Friday,  April 1st, Heidi McBride retired after a career with First Interstate Bank spanning 31 years of service. She began her career as a teller in the Edgemont branch in 1990. Some other positions she held include ag loan officer, branch manager and market manager.  In her most recent capacity, McBride served as Bank President for the Edgemont, Hot Springs, Custer and Hill City branches.

Last Friday morning, McBride acknowledged the lengthy duration of her career, recalling how the influence of computers and online banking changed the pace of things during the 1990s.

McBride’s influence through her service on various boards spans throughout the Southern Hills with her impact felt in several different communities. She has served on many boards including First Interstate Fall River Fund Board, Southern Hills Future Foundation Board, BH Community Economic Development Board, The Mammoth Site of Hot Springs Board, Fall River County Fair Board, Edgemont Ambulance District Board, Southern Hills Economic Development Board, Hot Springs Chamber of Commerce Board, Edgemont Chamber of Commerce Board, and the FIB Southern Hills Advisory Board. McBride’s attention to detail, caring attitude, willingness to help, and focus on clients has been a huge asset to First Interstate Bank and she will be missed by her team.

McBride will depart with a sincere appreciation and strong sense of pride for her employer. “I love that First Interstate Bank takes such good care of their employees and the communities they serve,” she said.

“Heidi has been an integral part of the success of FIB in Hot Springs and the Southern Hills,” said Scott Reiman, Market President. “She has led by example along the way, and remained dedicated to First Interstate, her staff, and her community. She will be sorely missed, but we know that she will remain an advocate in our Southern Hills communities. We wish her all the best in her retirement, and certainly appreciate her years of dedication and service.”

McBride’s plans for retirement include spending more time on the ranch, helping her husband John with his surveying business, and completing some long awaited projects. She’s looking forward to more time to travel as well as more time on the lake.