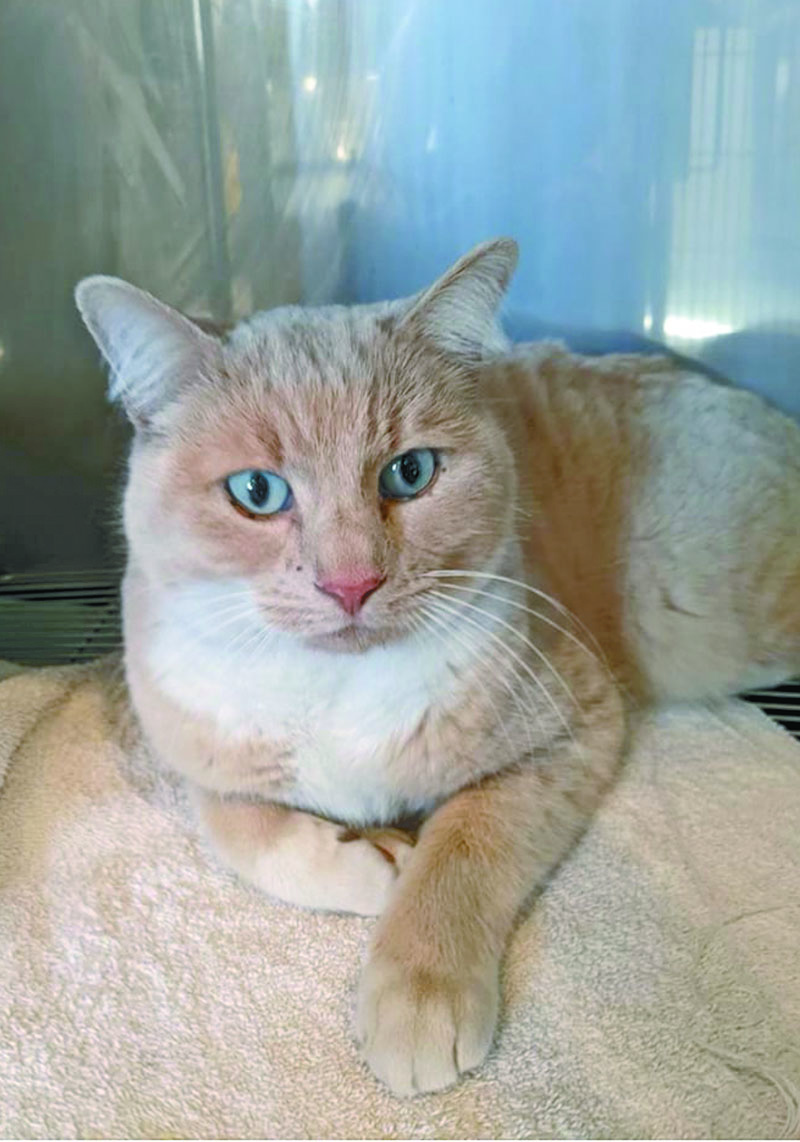 PHOTO: After getting lost in Hot Springs in 2020, Micah the kitty was finally reunited with his family on New Year’s Eve, despite the fact that they have since moved to Washington state.

HOT SPRINGS – Way back in 2020, little Micah the kitty made the journey with his family all the way from his then-home in Oregon to Hot Springs, as the family was seeking a brand-new home. However, an unforeseen 15-month adventure for Micah ensued, but ended happily just this past week.

Only one week after moving to Hot Springs in 2020, Micah disappeared.

“We put signs up around town; we contacted Battle Mountain Humane Society,” said cat owner Miranda Prado. “We were so worried. The weather was so different than what he was used to.”

After living in Hot Springs only one year, the family moved again, this time to Washington, and without Micah, but Micah was still in their hearts and on their minds.

“I had a friend who would check with BMHS often to see if Micah had shown up, but we had kind of lost hope.”

In late December 2021, 15 months after Micah disappeared, “We received a call at about 2:30 in the morning from someone who had a cat trapped in a trap and were concerned for its health,” said Tonia Wagner of Battle Mountain Humane Society.

The team at the society took the cat in and let it rest for the evening.

“The good Samaritans who found the cat thought it may have been a wild cat,” said Wagner. But thankfully, the team at the society makes it a practice to check all domestic animals that come to them for a microchip. While Wagner estimates the number of cats micro chipped to be approximately 1 in 50, this time they hit the jackpot.

“He belonged to a family in Washington State,” said Wagner, “we contacted the owners and they were thrilled.”

“We had kind of abandoned all hope that he would turn up,” said Prado.

Thankfully the family had micro chipped Micah, a chip that would bring him home to his family.

Next, the process of how to get Micah back to his family ensued.

“It was amazing how it all fell into place,” said Wagner, as many anonymous volunteers came forward to drive Micah to his family with the soonest being able to place him with his family by New Year’s Eve.

“I’m sure Micah serenaded the driver all the way to Washington,” laughed Wagner, as Micah was not fond of his travel kennel and let it be known.

“We are so thankful to Battle Mountain Humane Society,” said Prado, “they went way out of their way to help, it’s a miracle actually.”

The reunion was emotional on New Year’s Eve.

“My son cried when he came home,” said Prado, “and I know he remembers us, he’s already hogging the bed, he likes to sleep on the pillow,” she laughed.

“This story is a good reminder to microchip your animals,” added Wagner.